Examining the museum's history provides context for reflection and dialogue.

Williams College is granted an official charter by the Commonwealth of Massachusetts.

Lawrence Hall, the college’s first library and one of the earliest buildings on campus, designed by Thomas A. Tefft of Providence Rhode Island, is built. The two-story octagonal brick structure is named for the merchant-manufacturer and self-made millionaire, Amos Lawrence, who contributed the funds for its construction.

Williams receives its first major gift—three ninth-century BC Assyrian stone reliefs from the Palace of Ashurnasirpal II at Ninevah. The Williams Art Association is formed with a mission to seek the donation of works of art, curricular support for art and aesthetics, and exhibition space. The group collects reproductive engravings of old master paintings and offers a number of exhibitions around campus.

Eliza Peter Field memorializes her husband John W. Field by donating their large art collection to the museum, as well as funds to build East and West Wings of the octagon to house the collection. The two wings are designed by Francis Allen in Colonial Revival style and also serve as library reading rooms and administrative offices.

The first art history course entitled, “History of Art—A study of the forms and history of the arts of design, especially as expressed in architecture and ornament,” is listed in the course catalogue. 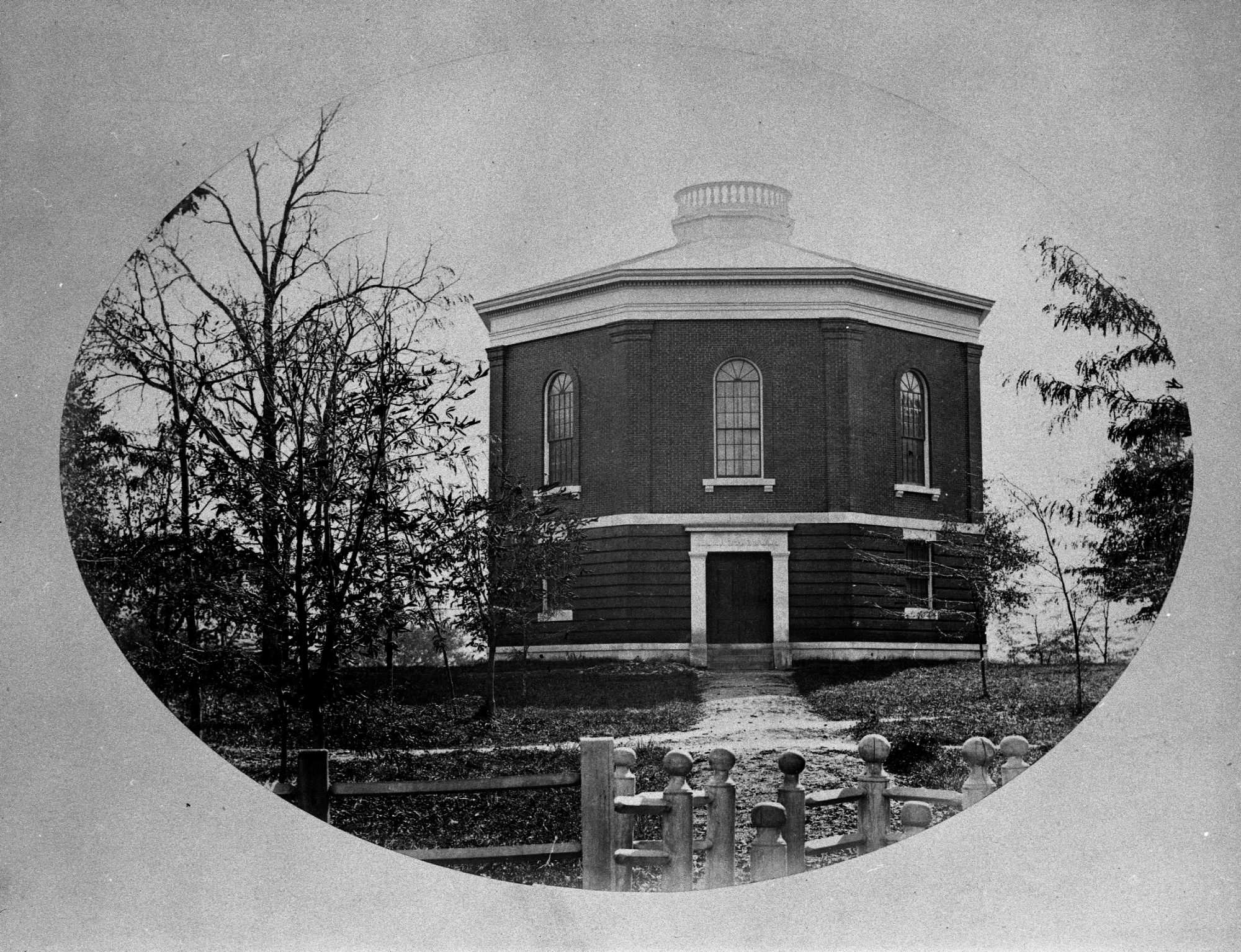 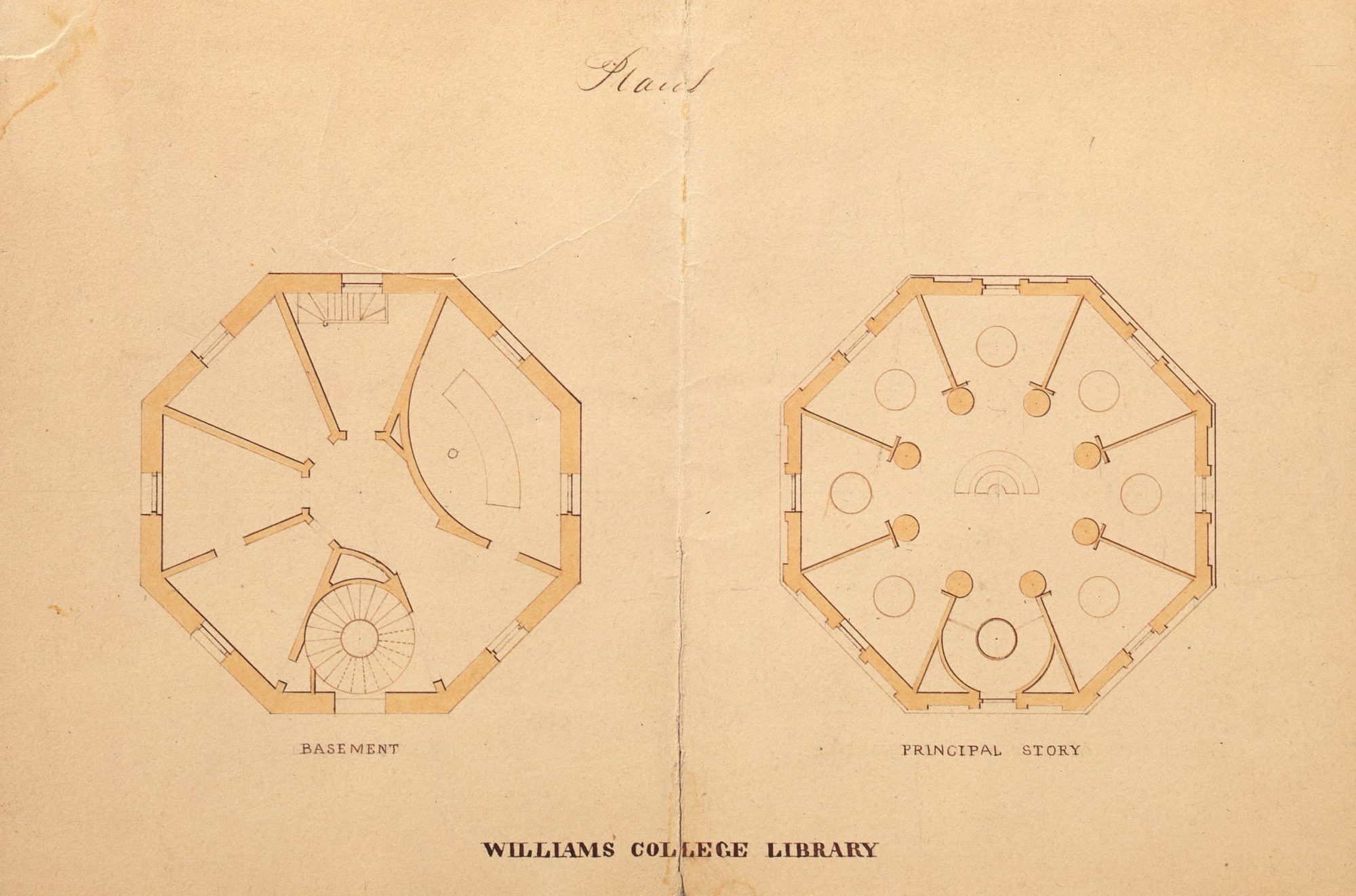 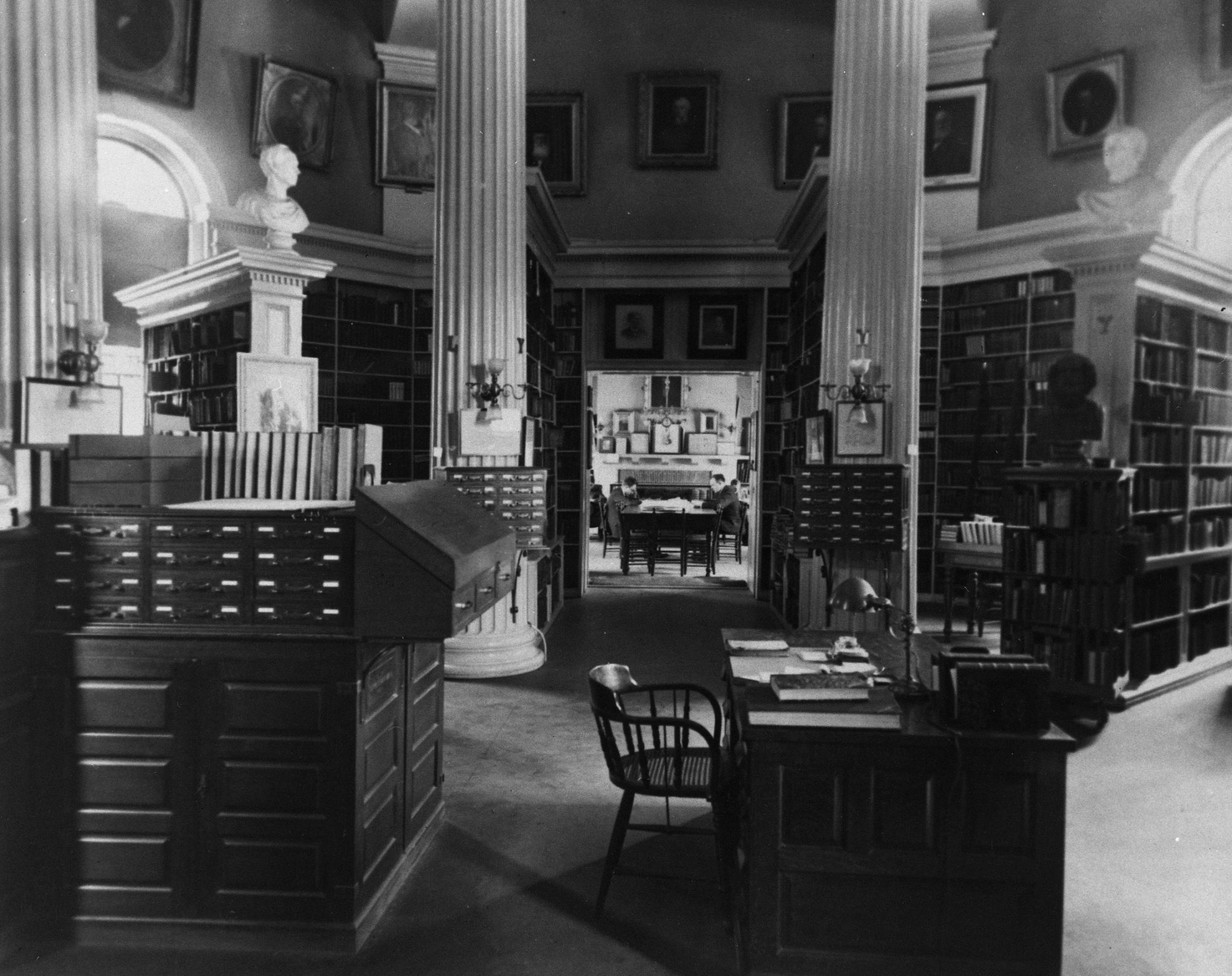 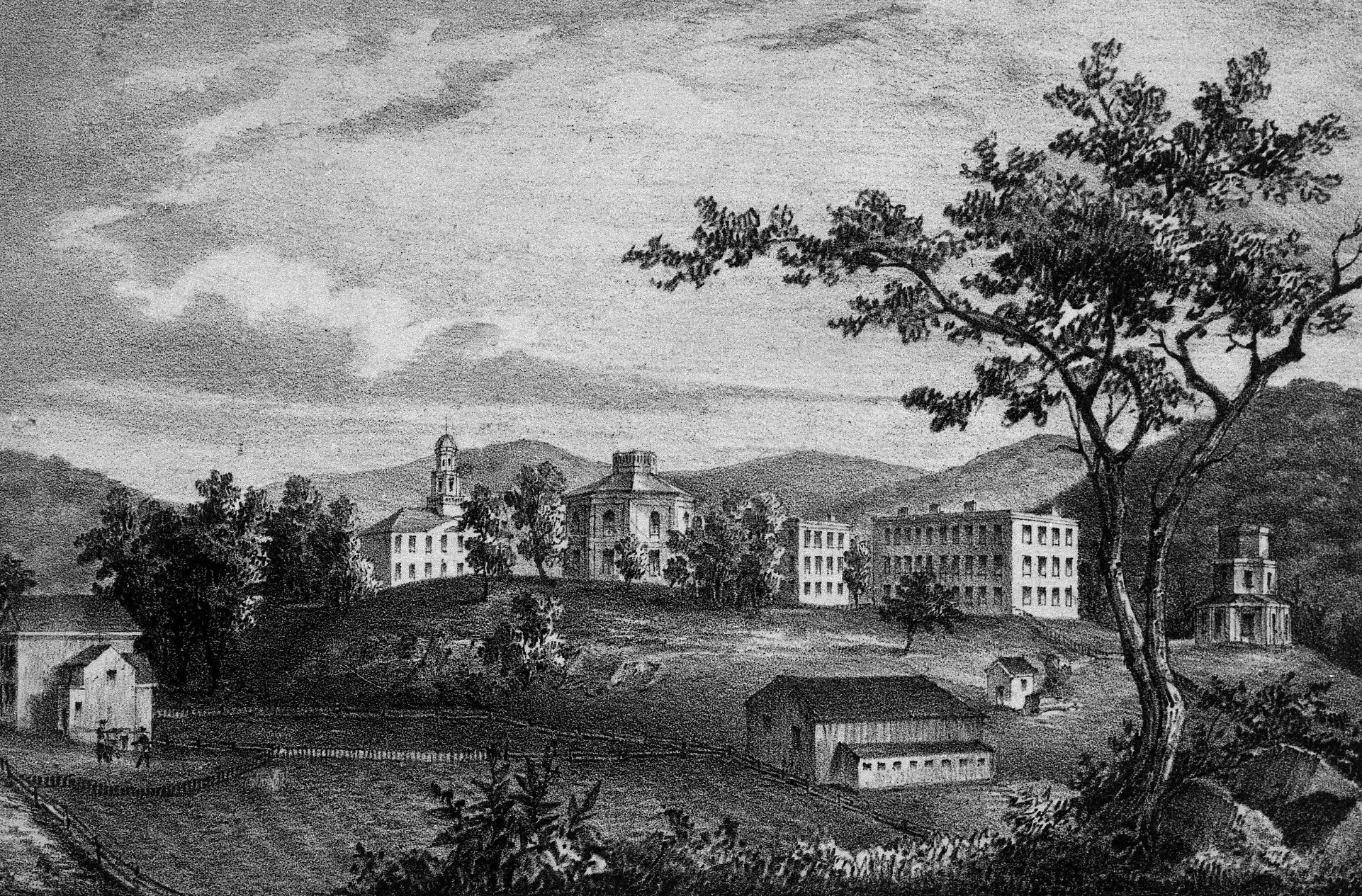 Stetson Library opens as the new college library, and Lawrence Hall is formally designated as the College Museum and Art Building. A second, three-story addition is completed to the south of Lawrence Hall, providing gallery and classroom space to meet the growing needs of the art history curriculum. Karl E. Weston 1896, the college’s Amos Lawrence Professor of Art, establishes the Lawrence Art Museum. The museum opens on April 19, 1927. A wing for classrooms is added to the rear of the building, bringing art into the classroom.

Another expansion adds two galleries on the second floor and one on the first floor. Funds were donated by Edwin Howland Blashfield’s widow and sister. Cole Porter, notable songwriter and composer, gifts seven works to the museum, among which is Grant Wood’s Death on the Ridge Road.

S. Lane Faison, Jr., ’29 is appointed the director of the museum. During his twenty-eight year tenure, the art history curriculum and museum collection expand significantly. He also starts the Artist in Residence series. 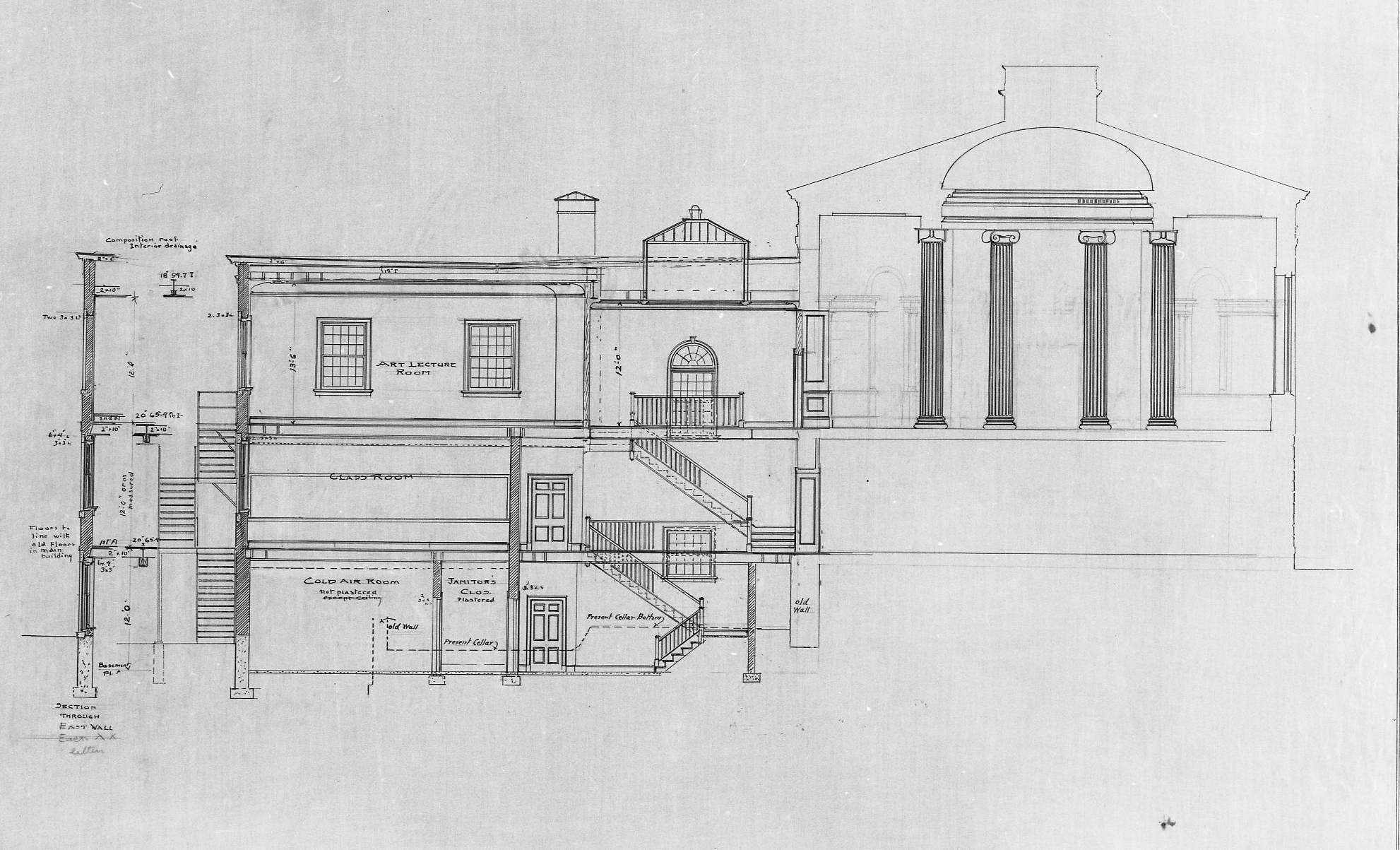 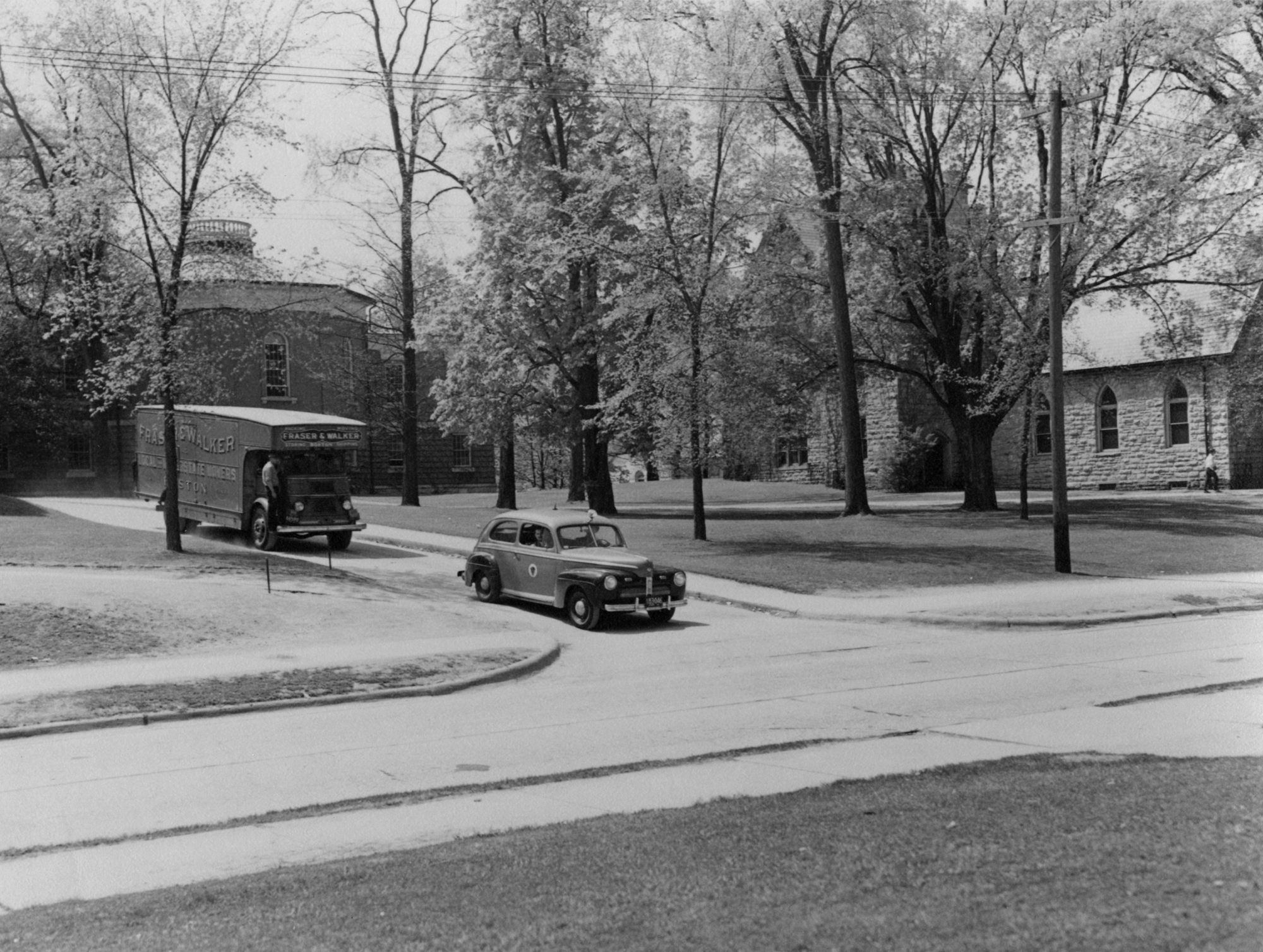 The Lawrence Art Museum changes its name to the Williams College Museum of Art (WCMA).

A Master’s Program in the History of Art is jointly established by Williams College and the Sterling and Francine Clark Art Institute.

Planning begins for a museum expansion. Charles Moore is hired as architect. He designs a four-story addition in his signature Postmodernist style. The expansion, completed in 1986, included new classrooms, more offices and storage, and a climate control system. Moore also transforms the former entrance to the museum with Ironic Columns. By combining the familiar and the surprising, Moore adds detail and humor.

Lawrence H. Bloedel ’23, bequeaths a large portion of his collection to the museum including Edward Hopper’s Morning in a City. Thomas Krens ’69, Williams professor of studio art (undergraduate) and of art history (in the college’s graduate program), becomes director of the museum.

Major initiatives and exhibitions under Krens’ tenure include—the continuation of the Artist in Residence series begun in the late seventies by Lane Faison, with projects by artists including Helen Frankenthaler, Robert Morris, and Jim Dine; the WALLWORKS series, which occasioned the first Sol LeWitt wall drawing at WCMA; The Restoration of Thomas Hart Benton The America Today Murals; and Radical Painting: Contemporary Monochrome Paintings.

A six-year building phase with Charles Moore begins under newly appointed Director Thomas Krens. In addition, scholars begin to work on a catalogue raisonné of the works of Charles and Maurice Prendergast.

Mrs. Eugénie Prendergast donates four hundred works and the Pendergast brothers’ archives to the museum, which marks the beginning of a long-standing relationship with the Prendergast Foundation. She also creates an endowment for ongoing research, exhibitions, publications, and programs. Sol LeWitt Wall Drawing #559 is installed in the museum atrium. Linda Shearer, formerly the curator of contemporary art at Museum of Modern Art, becomes the director of the museum. Over her fifteen-year directorship, the museum increases the interdisciplinary and curricular use of its holdings and continues its commitment to contemporary art and the art of world cultures.

In an effort to bridge the rapid interdisciplinary growth on campus and facilitate curricular engagement with the museum, the Mellon Academic Program, a now-longstanding program with the Andrew W. Mellon Foundation, begins.

The Prendergast catalogue raisonné is completed and published. 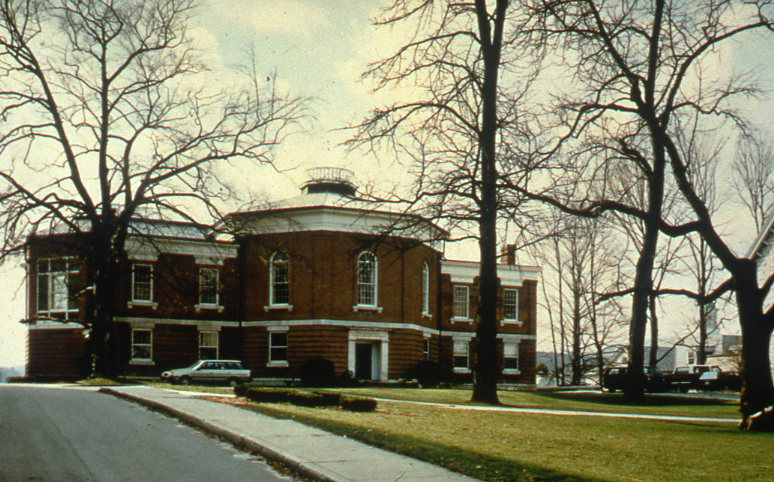 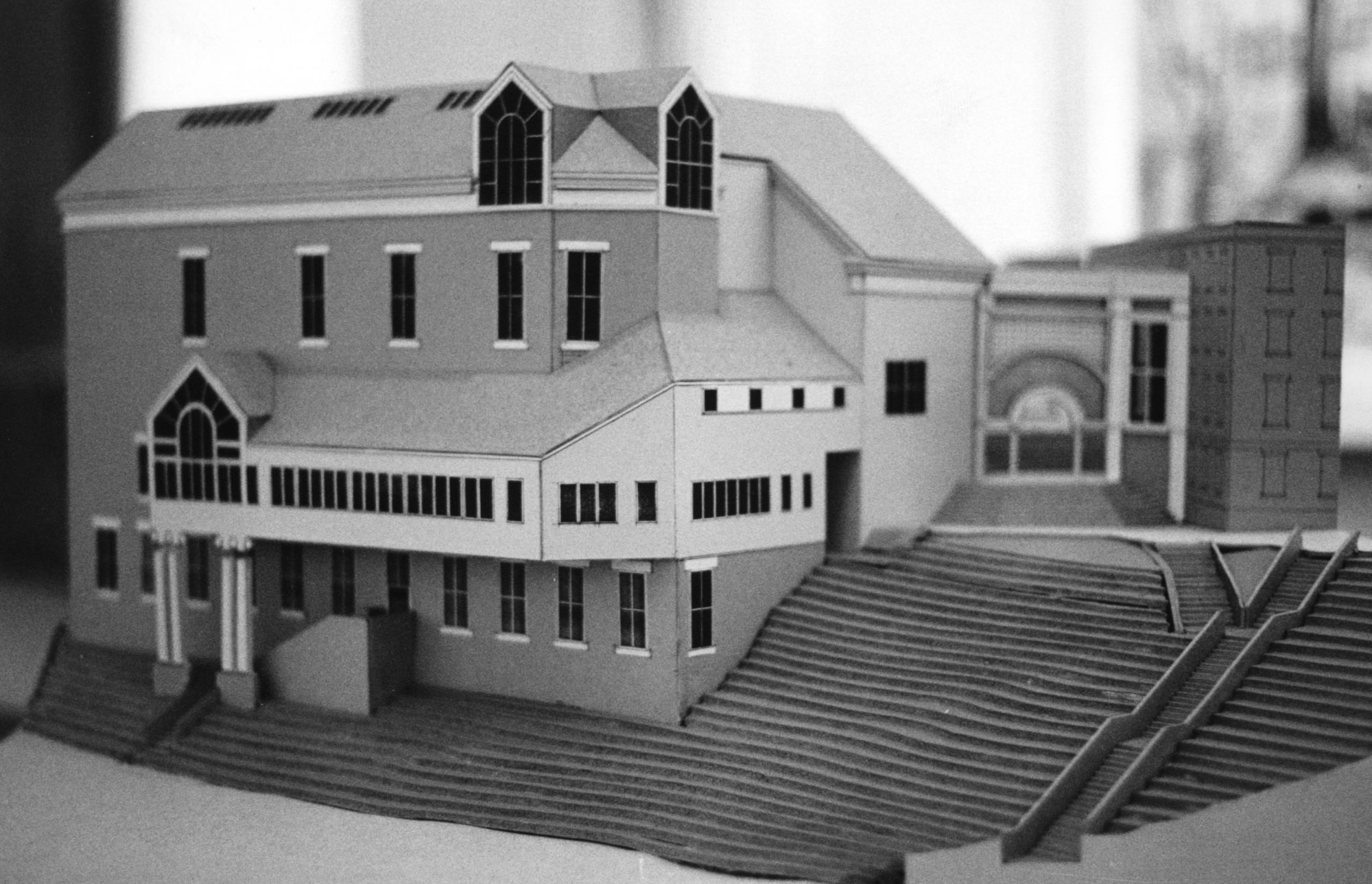 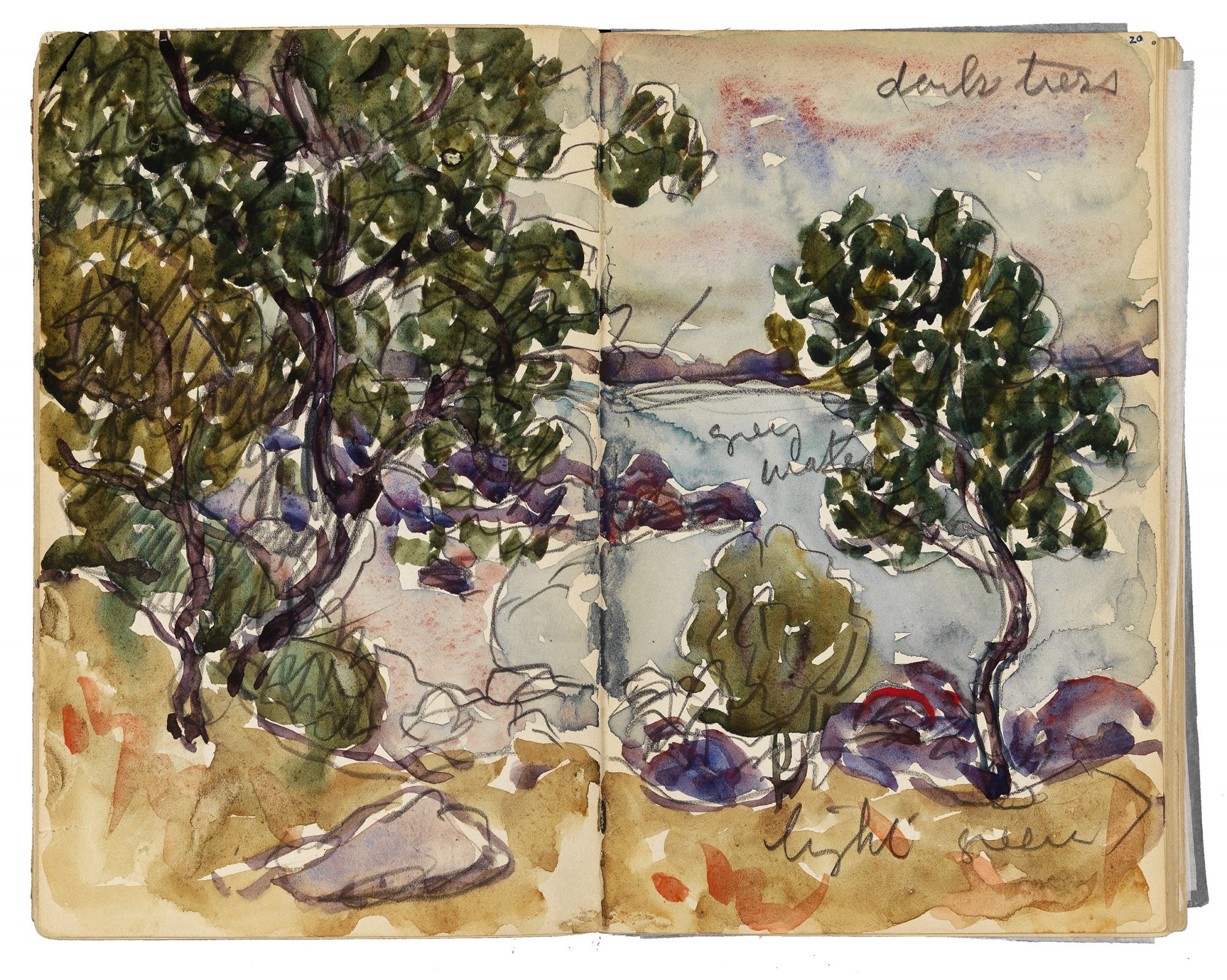 Louise Bourgeois (American, 1911–2010) Eyes (Nine Elements), 2001. Granite, bronze, and electric light. Commissioned on the occasion of the 75th anniversary of the museum with funds from the Museum Fellows, friends, and museum endowments. Wachenheim Family Courtyard given by Edgar Wachenheim III, Class of 1959, and Chris Wachenheim, Class of 1994, M.2001.14

The second Sol LeWitt wall drawing, #959, is installed in the museum atrium. Converted from a public exhibition space, the Rose Study Gallery is constructed as a museum classroom where professors can teach with art objects not on display in the galleries. Lisa G. Corrin, former deputy director of art and the Jon and Mary Shirley Curator of Modern and Contemporary Art at the Seattle Art Museum, becomes director of the museum.

Major exhibitions under Corrin’s tenure include—Moving Pictures: American Art and Early Film, 1880–1910; Drawing on Hopper: Gregory Crewdson/Edward Hopper; Making It New: The Art and Style of Sara and Gerald Murphy; Inigo Manglano-Ovalle: Juggernaut; Drowned in a Glass of Water: An Installation by Pepón Osorio, 69 Union St., North Adams; and Reflections on a Museum, a major rethinking and reinstallation of WCMA’s collection.

With support from the Andrew W. Mellon Foundation, a new position, the Mellon Curatorial Fellow for Diversity in the Arts, is established to expand both curatorial reach and campus engagement. Installation shot from African Americans and the American Scene, 1929–1945, curated by Dalila Scruggs, the first Mellon Curatorial Fellow for Diversity in the Arts.

Allan W. Fulkerson ’54 establishes the Fulkerson Fund for Leadership in the Arts, which seeks to recognize, support, and engage future art leaders through innovative programming and awards.

The Class of 1961 establishes a fund to expand the public art on campus. The college is now the permanent home of a commissioned sculpture by contemporary artist Jenny Holzer, in honor of Williams alumnus and professor J. Hodge Markgraf ’52, and a kinetic sculpture by George Rickey, given by the Class of 1961.

The Institute of Museum and Library Services awards the museum a grant for a three-year project (2011–2014) which includes digitizing the entire Prendergast collection of fine art and archives and integrating the archives into the permanent collection. Christina Olsen, former Director of Education and Public Programs at the Portland Art Museum in Oregon, becomes director of the museum.

The WALLS (Williams Art Loan for Living Spaces) collection of ninety works is curated by a committee of faculty, staff, and students. Designed for students to pick and take home a work of art to live with for a semester, this collection seeks to expand the museum’s walls and cede institutional control to the larger student community.

WCMA’s bold vision for the future is presented in a new strategic plan—Spark-Think-Make: Transforming the Museum.

Notable computer programmer and philanthropist, Peter Norton gifts the museum over sixty-five contemporary works spanning the period of the early 1990s to mid-2000s from many artists not previously represented in the collection. The third Sol LeWitt wall drawing, #1089, is installed in the museum atrium in collaboration with Gabriel Hurier, a master draughtsman from the LeWitt Estate, professor of art history Charles W. Haxthausen, and a team of Williams students.

The Andrew W. Mellon Foundation awards the museum a half-a-million dollar, three-year grant to expand the museum’s online collection as a platform for experimentation, teaching, and research. With this grant, the museum will inspire new ideas and practices in how campus museums in particular leverage their digital collections. 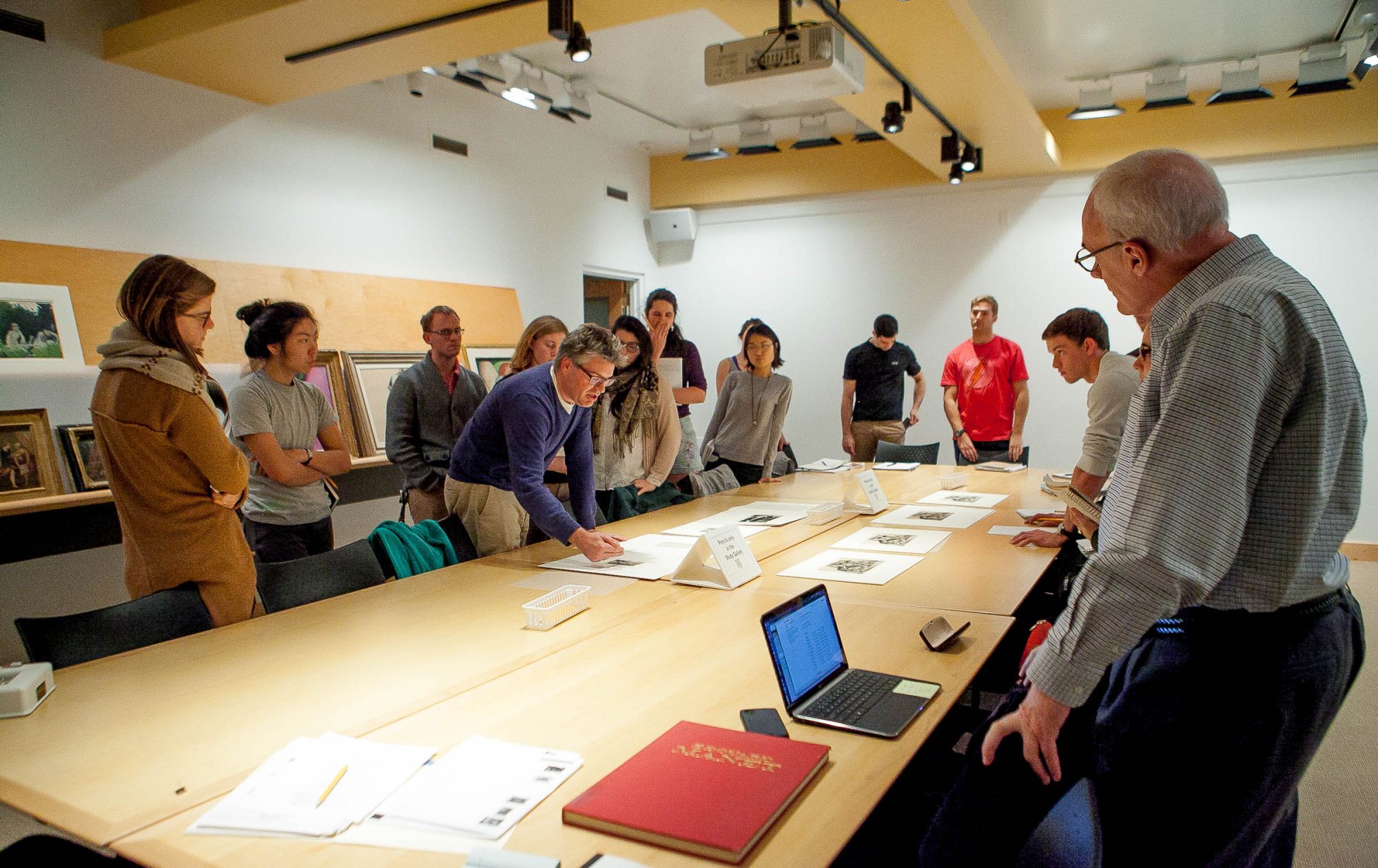 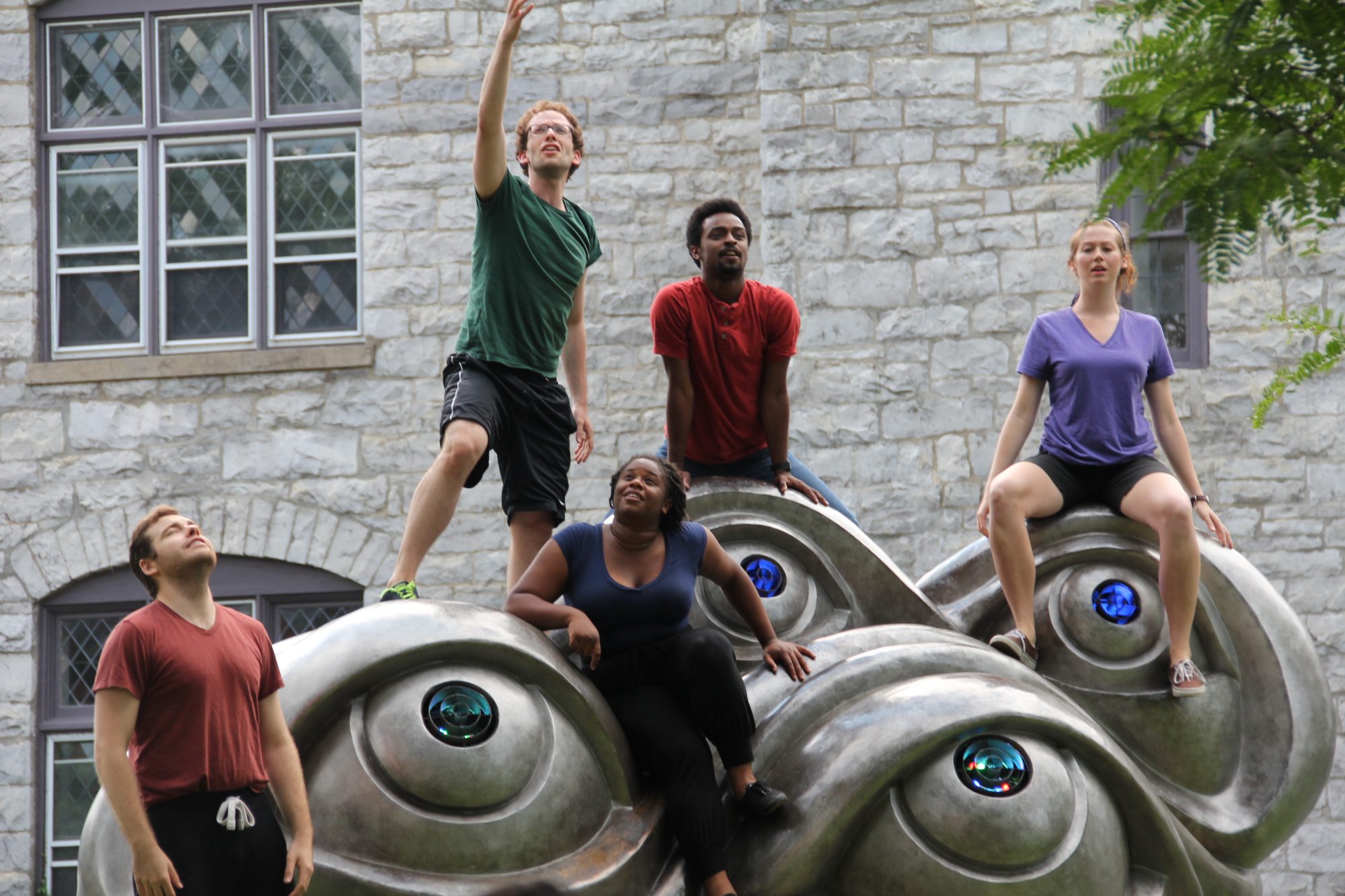 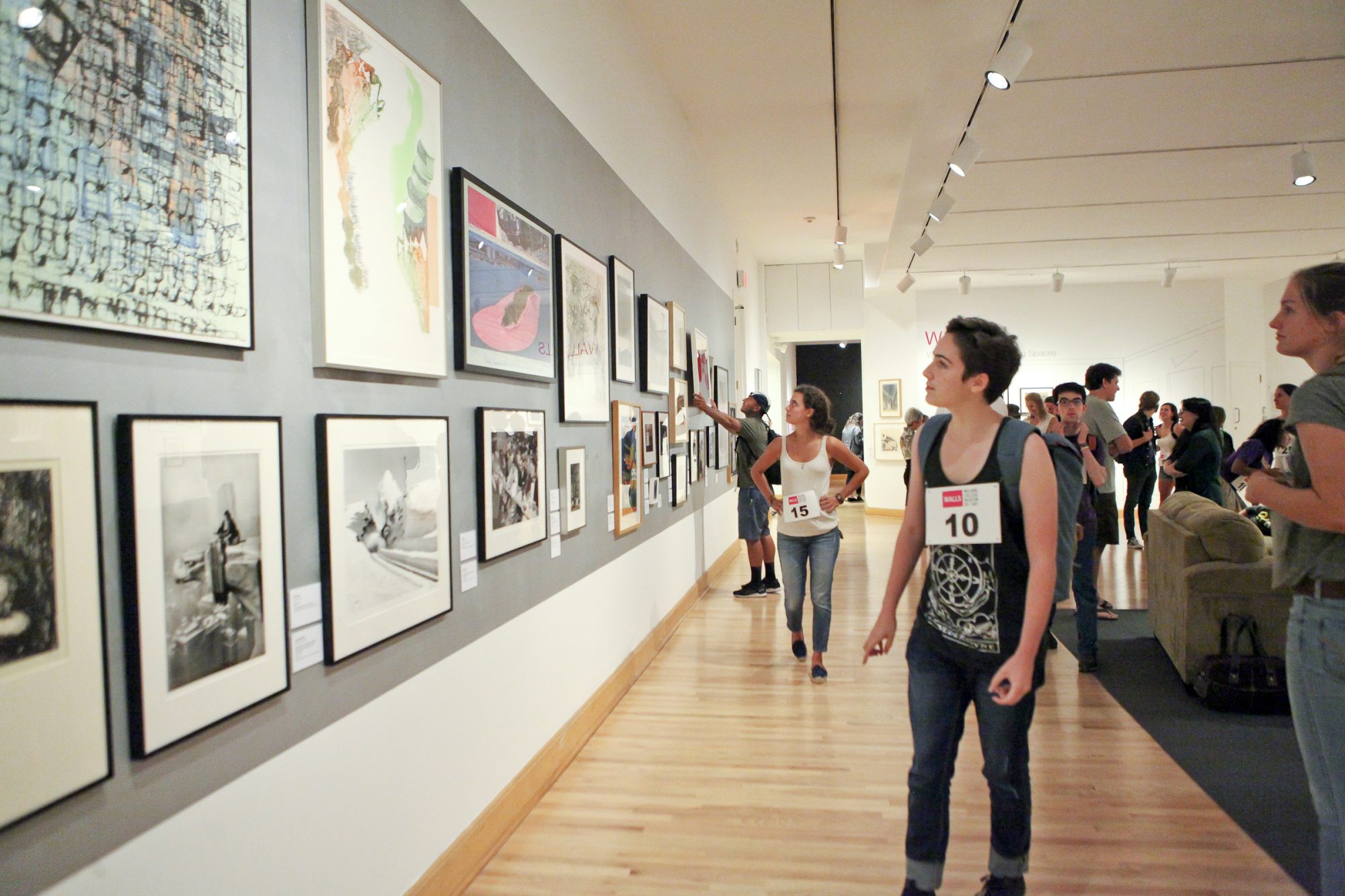 See what’s happening at the museum today on our instagram feed below.