The center supports scholarship on the lives and careers of brothers Maurice and Charles Prendergast.

WCMA has the largest collection of the Prendergasts’ work in the world, holding approximately 400 paintings, works on paper, reliefs, frames, and decorative objects.

The Prendergast Archive & Study Center includes correspondence, sketchbooks, sales records, exhibition announcements, photographs, Charles’s carving tools, books owned by the brothers, and other ephemera. The Institute of Museum and Library Services (IMLS) awarded WCMA a three-year grant, beginning in 2011, to digitally photograph the entire Prendergast collection of fine art and archives which can be viewed through our online database. The museum also created finding aids for the archival material through the IMLS grant. The archive and study center are open to researchers by appointment, please contact us using the form below.

Eugénie Prendergast (1894–1994), Charles’ widow, was an active guardian of the work and reputations of Maurice and Charles after her husband’s death in 1948. Beginning in 1983, she donated or bequeathed art and the brothers’ papers to WCMA, as well as creating an endowment for ongoing research, exhibitions, publications, and programs.

In 1990, WCMA published the Maurice and Charles Prendergast catalogue raisonné, produced by a team of scholars who worked for over a decade to document all known works by the brothers. The catalogue remains the best source to begin research on Prendergast works. 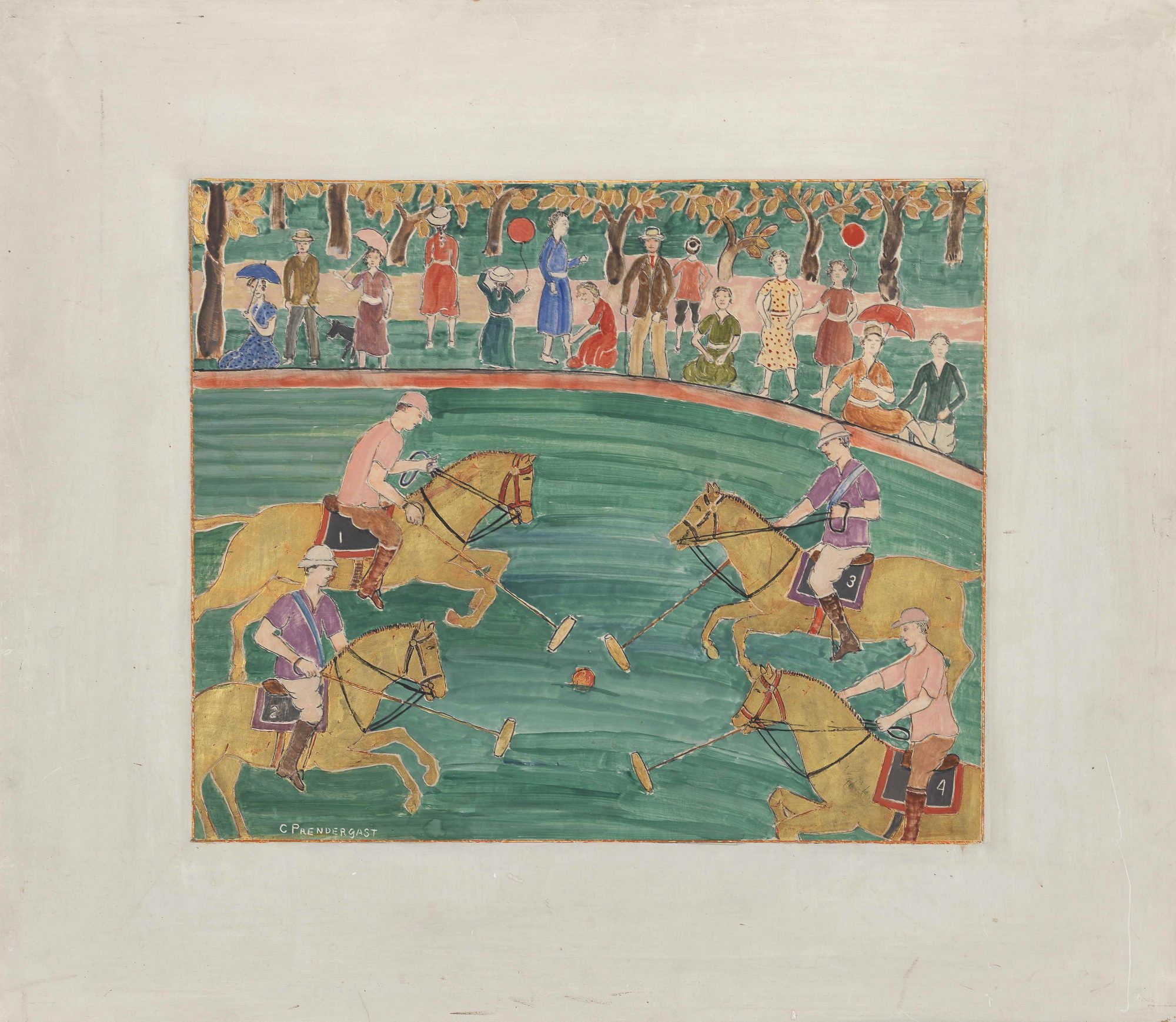 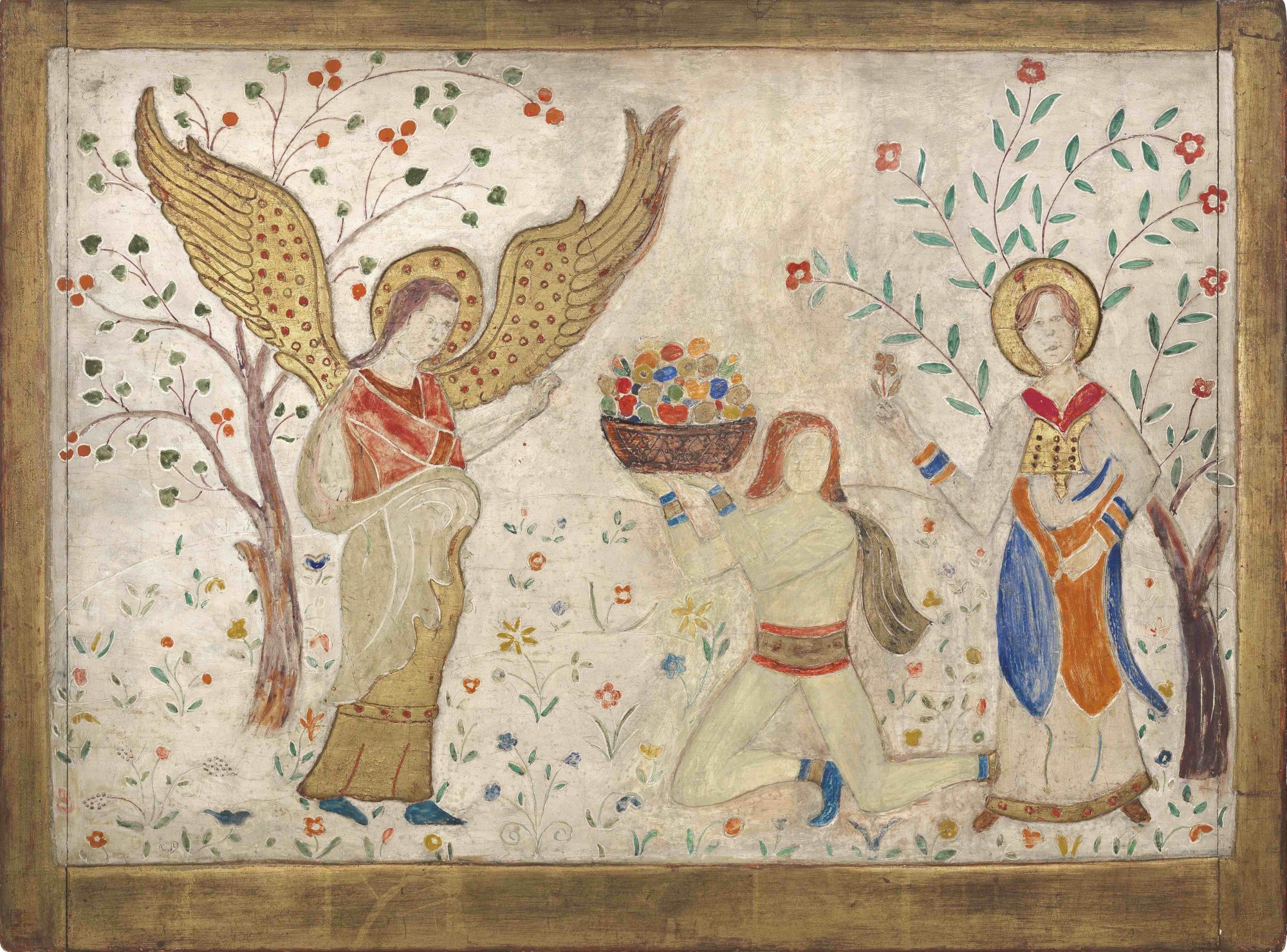 The brothers Maurice Prendergast (1858–1924) and Charles Prendergast (1863–1948) were born in St. John’s, Newfoundland. The Prendergasts moved to Boston to be near their mother’s family after their father’s business closed in 1868. After completing the required eight years of public school, Maurice pursued a path in commercial art and Charles went to work at Doll and Richards art gallery in Boston. They both went to Paris in 1891 to study art, but only Maurice stayed to establish himself as a fine artist, returning to Boston in 1894. Charles began his career as a framemaker at this time. As painter and framemaker respectively, Maurice and Charles were active in avant-garde circles in Boston and New York in the late nineteenth and early twentieth centuries.

Maurice participated in seminal groups and exhibitions such as The Eight (1908) and the Armory Show (1913). An admirer of Cézanne and Matisse, he helped introduce their innovations into American art and is recognized as one of the first American modernists. Maurice painted in a variety of locations throughout New England and Europe including New York, Maine, Massachusetts, France, and Italy. Attuned to the American labor movement’s quest for more leisure time for the American worker, he often painted beaches, parks, and people engaged in leisure activities. He worked in many media including oils, watercolors, sketches, and monotypes.  Never married, he and Charles lived and worked together until he died in 1924.

Charles was steeped in the Arts and Crafts culture of Boston as a young man and produced highly prized, hand-carved frames for the greatest artists of his day, including John Singer Sargent. He devised a method of painting on carved and incised panels that was influential in American primitive and folk art of the first half of the twentieth century.  He turned to pictorial fine art in 1912, bringing non-Western and pre-Renaissance styles into his carved panels. In 1927, Charles married Eugénie Van Kemmel. By 1940, he turned to American folk art and subjects. His search for innocence—the aesthetics of pure forms and child-like vision—was the product both of his time and of his unique personality.

Here is a timeline where you can scroll through the events of the lives of the brothers based on the Prendergast Catalogue Raisonné. 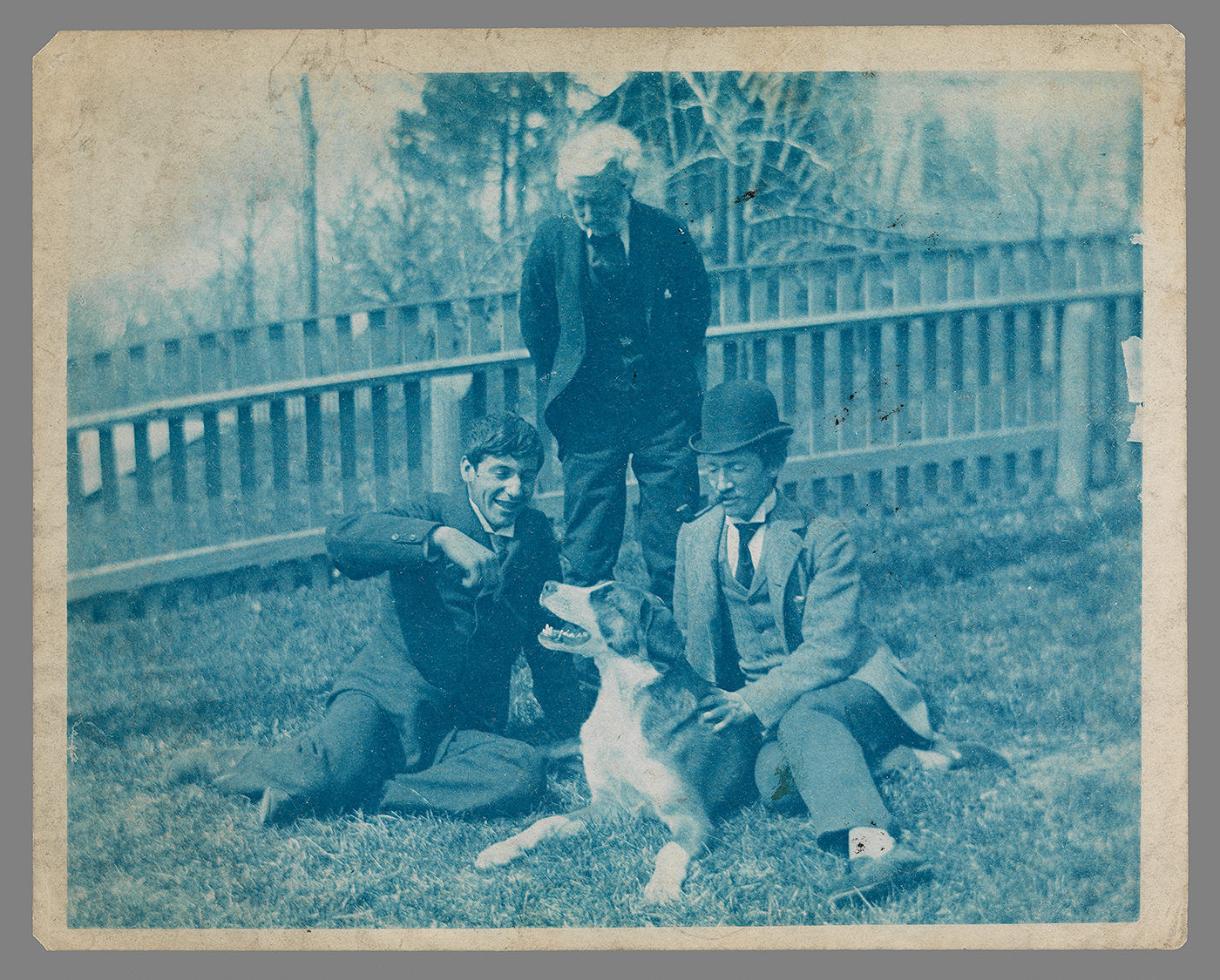 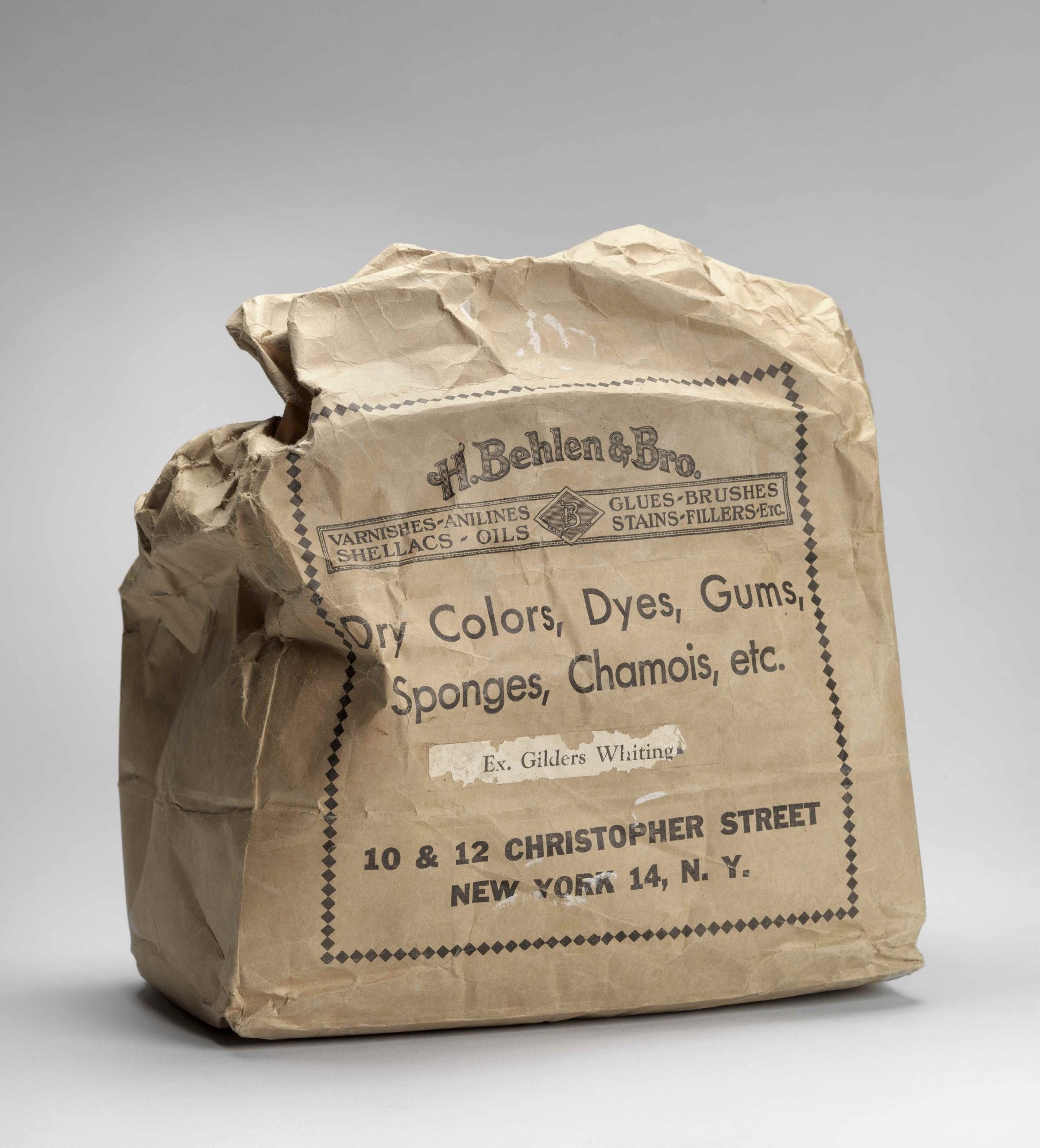 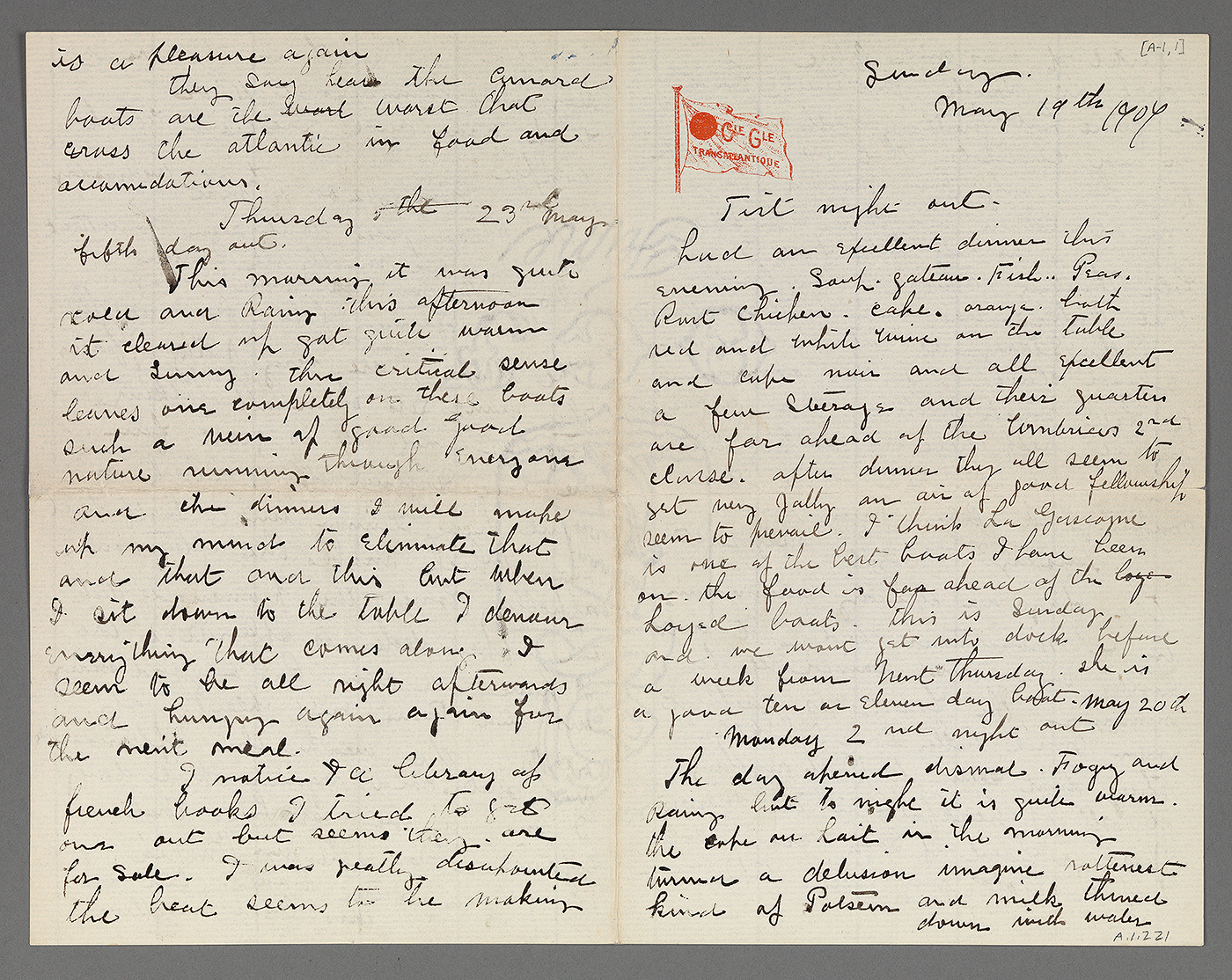 WCMA does not appraise, evaluate, or authenticate works of art. However, we do maintain active files on Prendergast works. If you have an inquiry about a specific artwork by Maurice or Charles, please write to us using the form below.

To find an appraiser in your area, please contact the following resources: