With over 49,000 panels created by thousands of participants worldwide, The AIDS Memorial Quilt is considered the largest community art project in the world. The 3×6 foot panels, each the approximate size of a grave, commemorate the lives of those claimed by AIDS; together, the quilt, which weighs an estimated 54 tons, raises awareness of the disease’s devastating global impact. This focused installation brings together one, eight-paneled block of the quilt in conjunction with World Aids Day, and with Robert Sterling Clark Professor for 2018-2019 Julia Bryan-Wilson’s Fall 2018 course Handicraft and Contemporary Art. The students in the course selected the panels for this display, which remains on view through the run of Anicka Yi’s immersive installation “Our Love Is Bigger Than an AIDS Quilt.”

About the AIDS Memorial Quilt

It could be therapy, I hoped, for a community that was increasingly paralyzed by grief and rage and powerlessness. It could be a tool for the media, to reveal the humanity behind the statistics. And a weapon to deploy against the government; to shame them with stark visual evidence of their utter failure to respond to the suffering and death that spread and increased with every passing day. —Cleve Jones

In June of 1987, during the height of the AIDS pandemic, gay rights activist Cleve Jones assembled a list of forty men who he and friends had lost to the disease. He and a group of friends painted the names of deceased loved ones on the scraps of fabric and began to sew these into quilts, a form Jones associated with communal gathering, comfort, and as he said, “castoffs, discarded remnants, different colors and textures, sewn together to create something beautiful and useful and warm.” The group displayed the first five squares on the mayor’s balcony at San Francisco’s City Hall on Gay Freedom Day that summer, and distributed brochures and instructions for making quilt squares. By October of that year, the quilt was unveiled for the first time on the Washington Mall, with 1,920 individual panels created by individuals across the country. Today, the number of panels has grown to over 49,000. With thousands of displays of the Quilt in locations across the globe, over 14 million people have visited and participated in the project.
Installation views 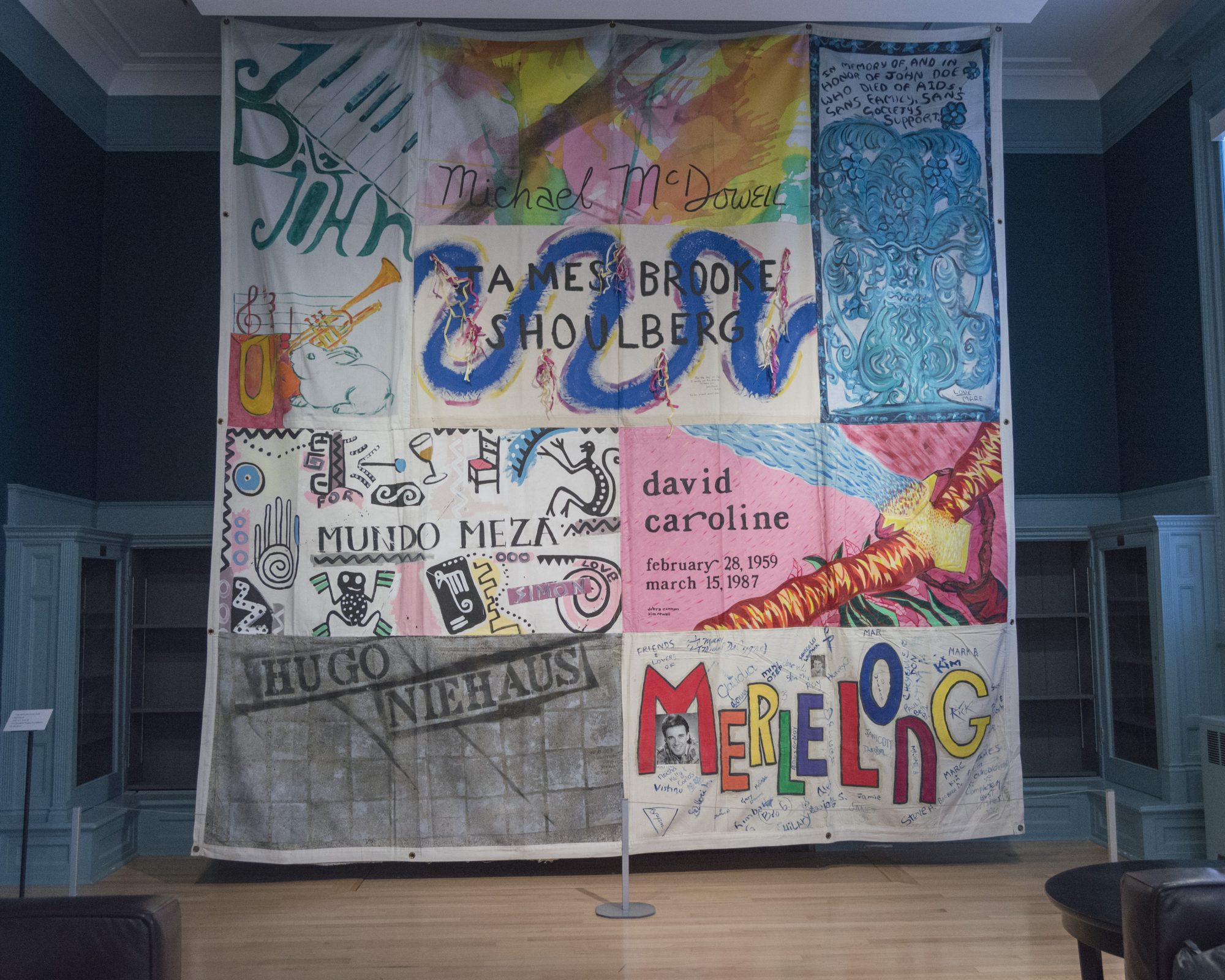 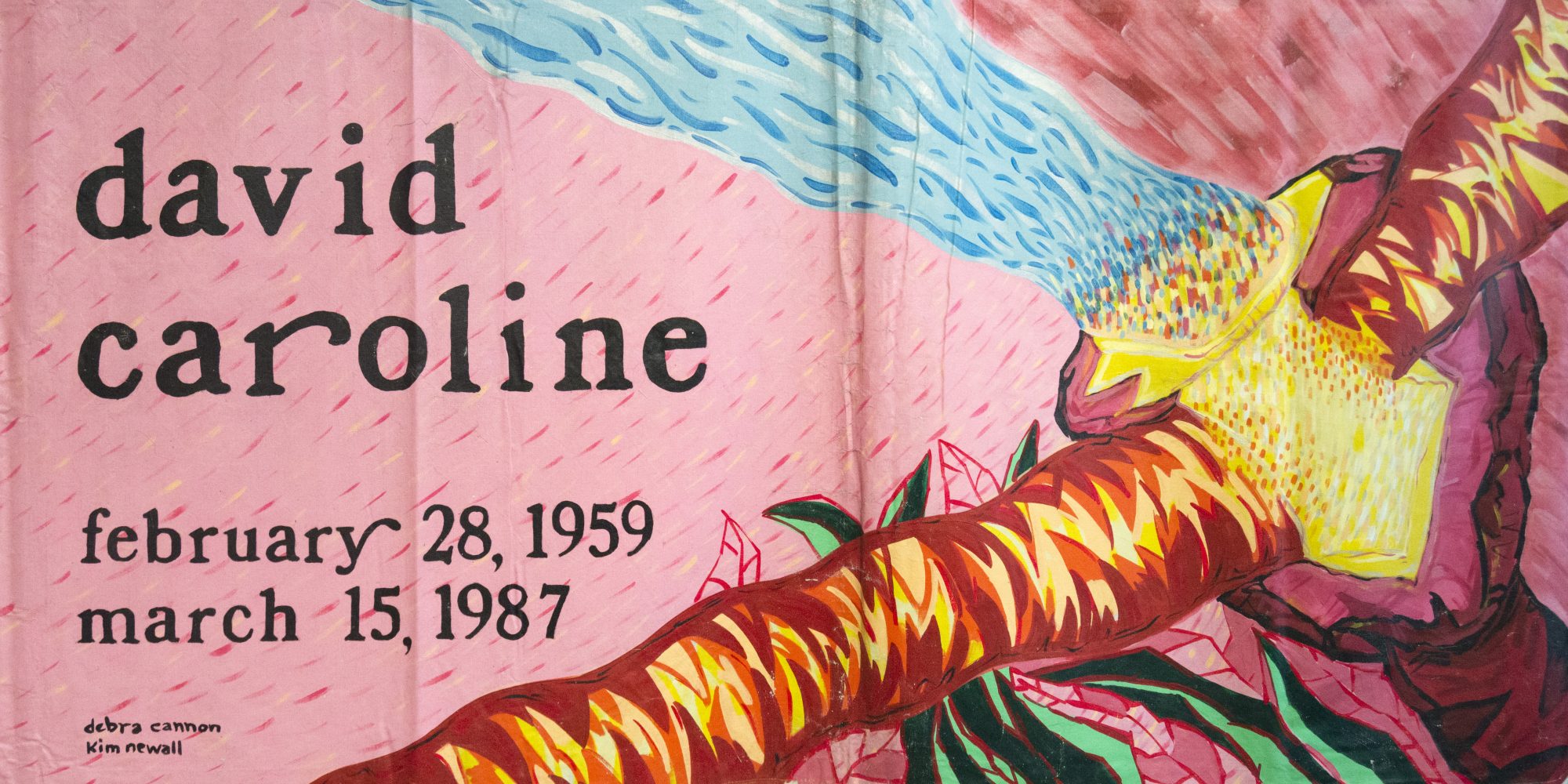 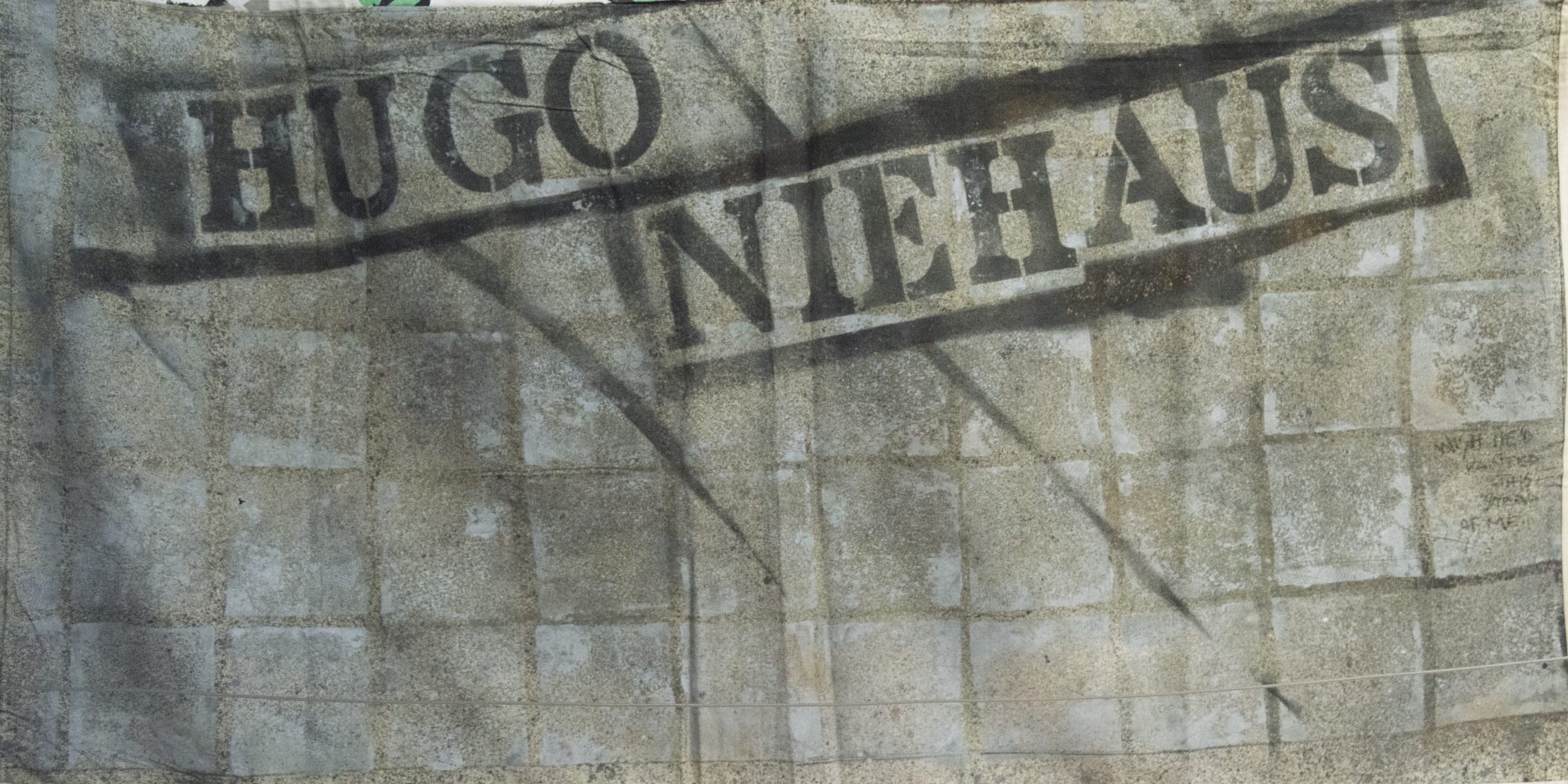 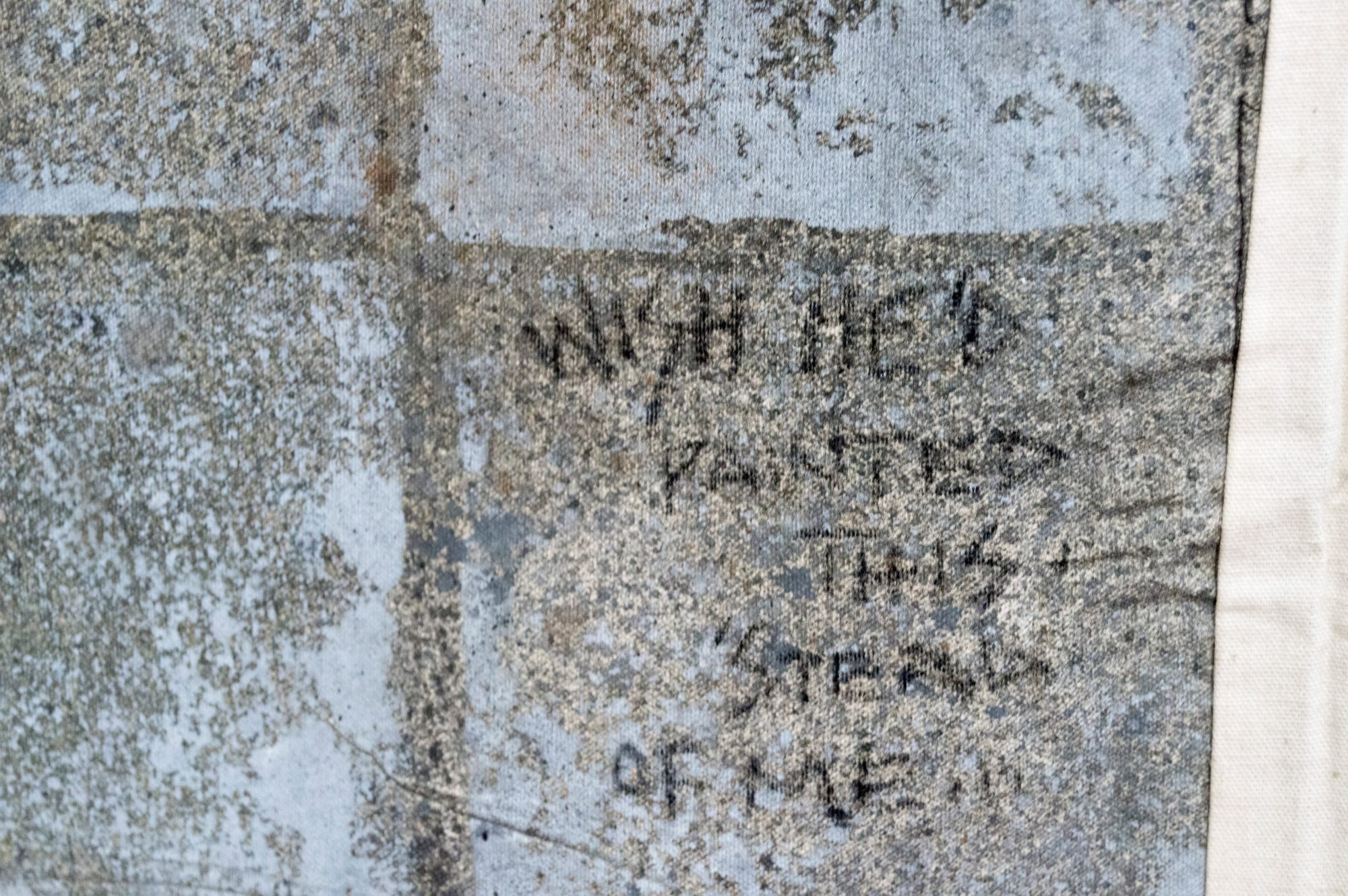 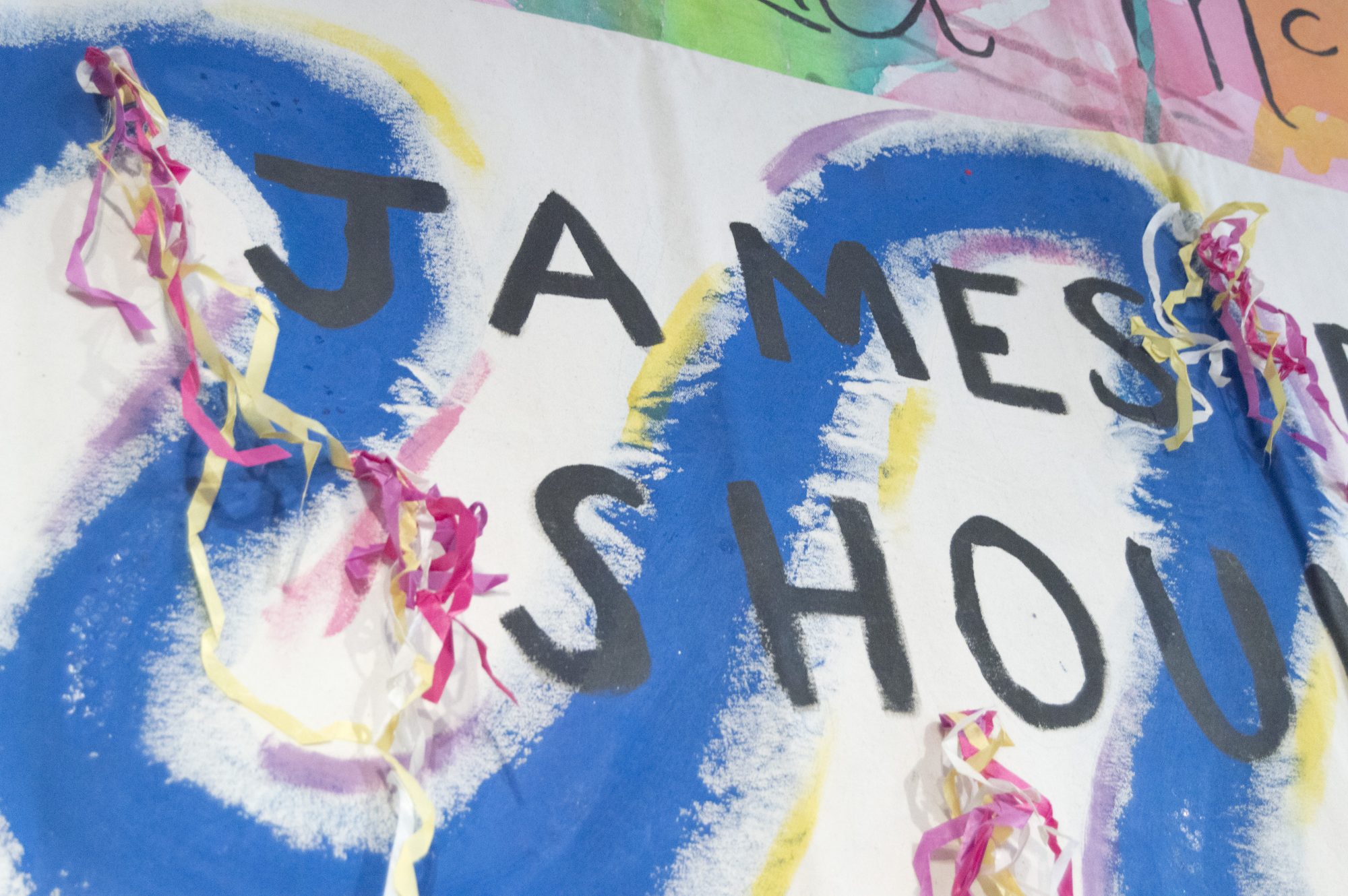 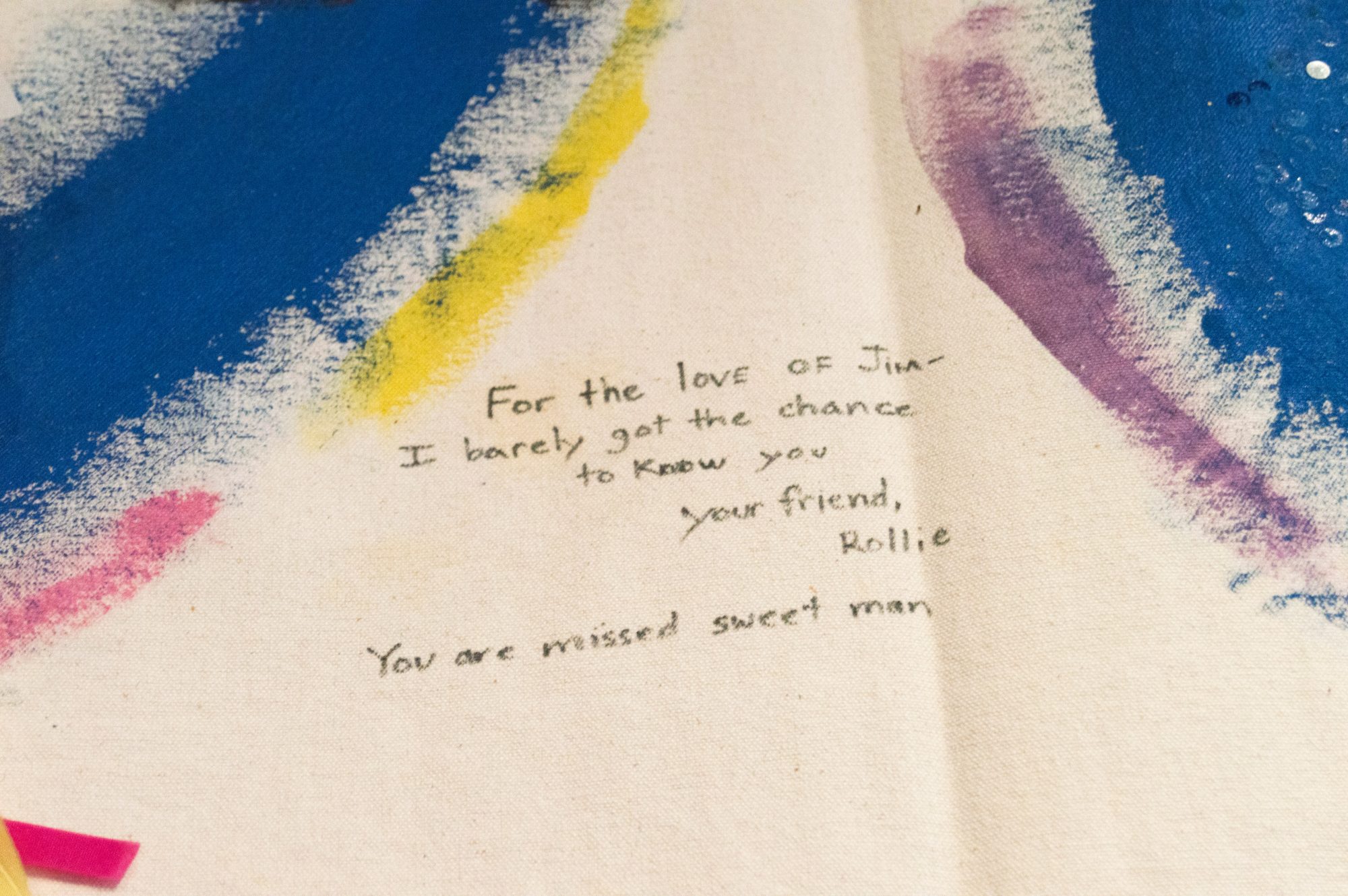 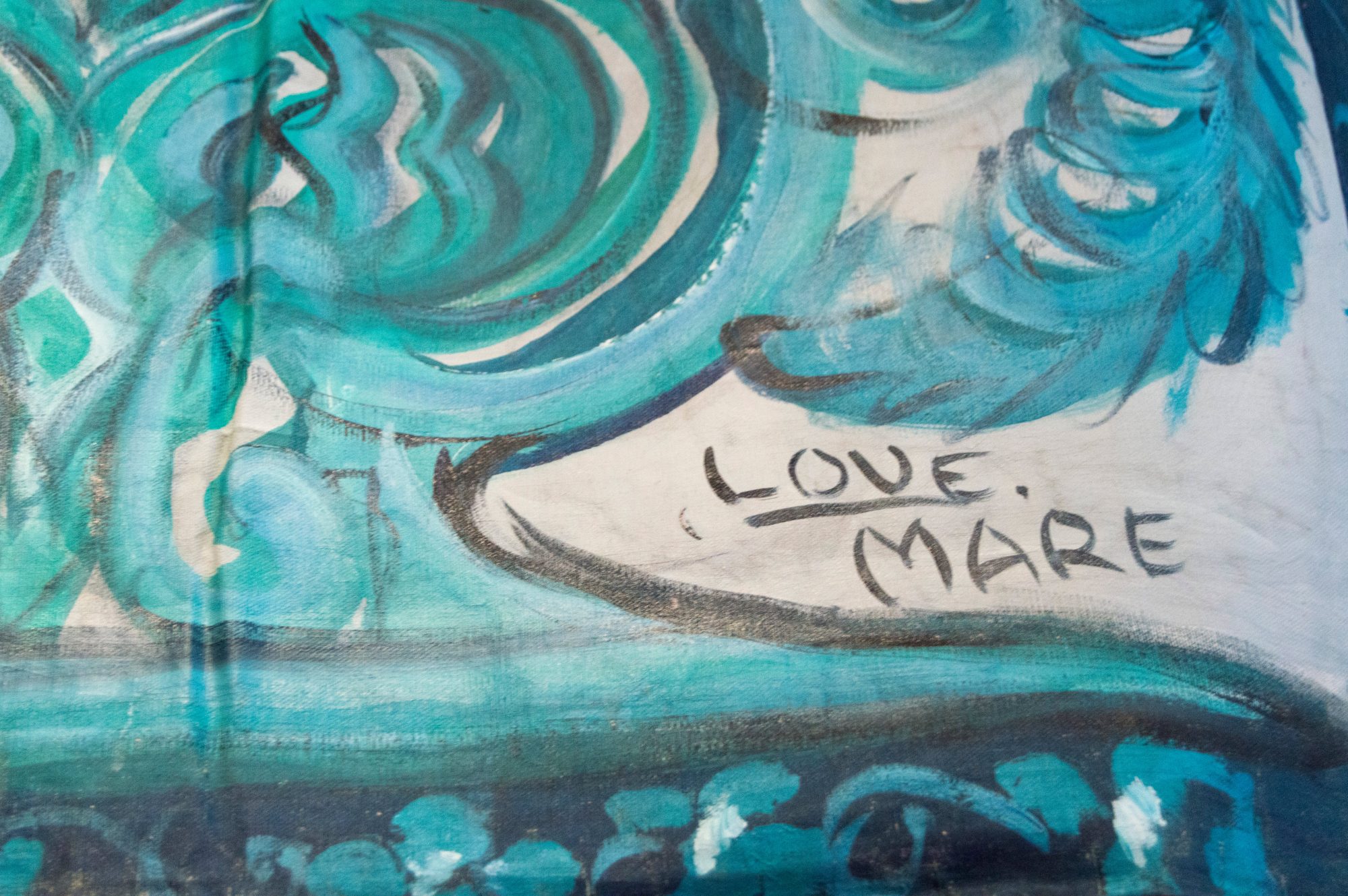 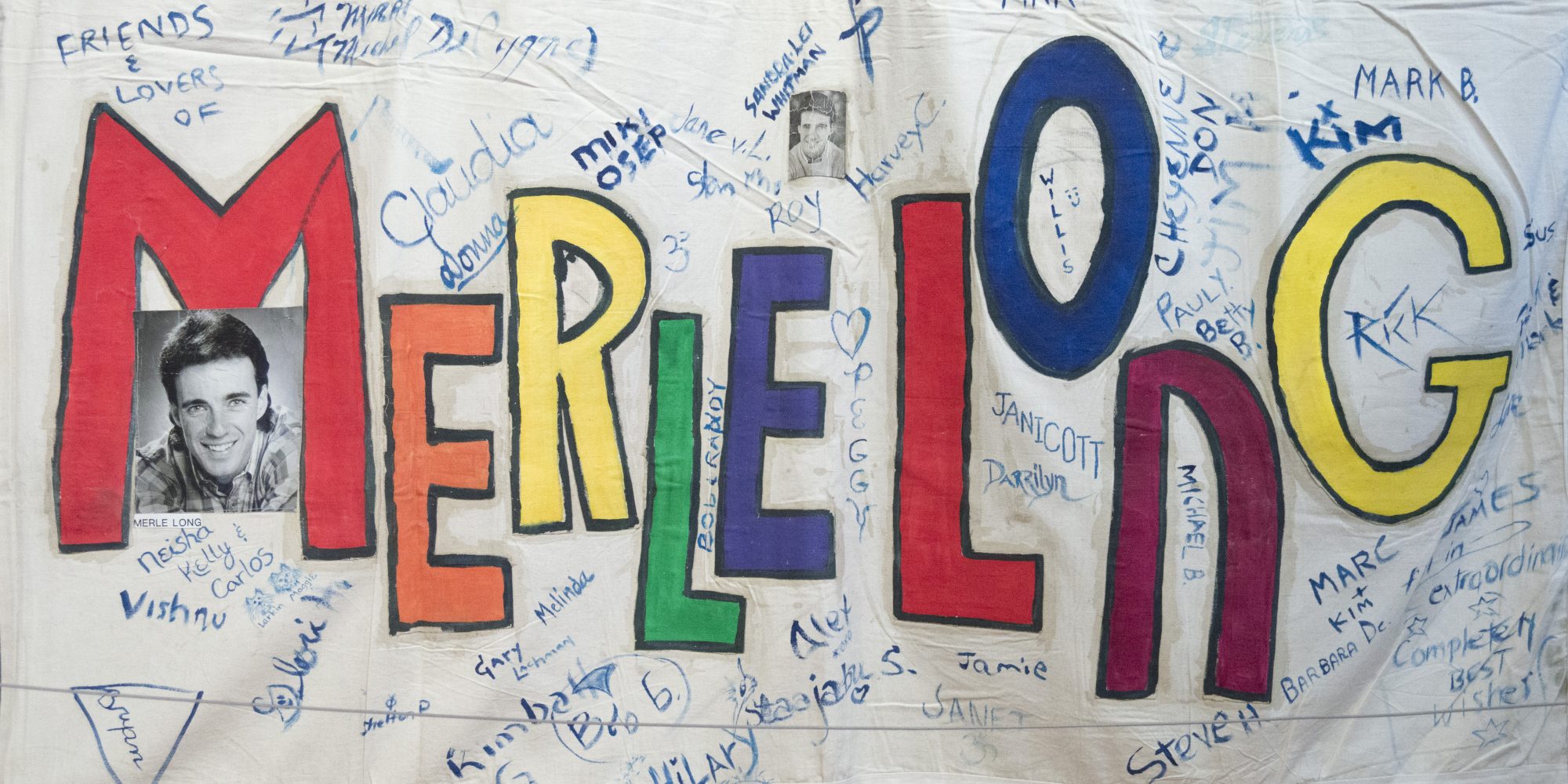 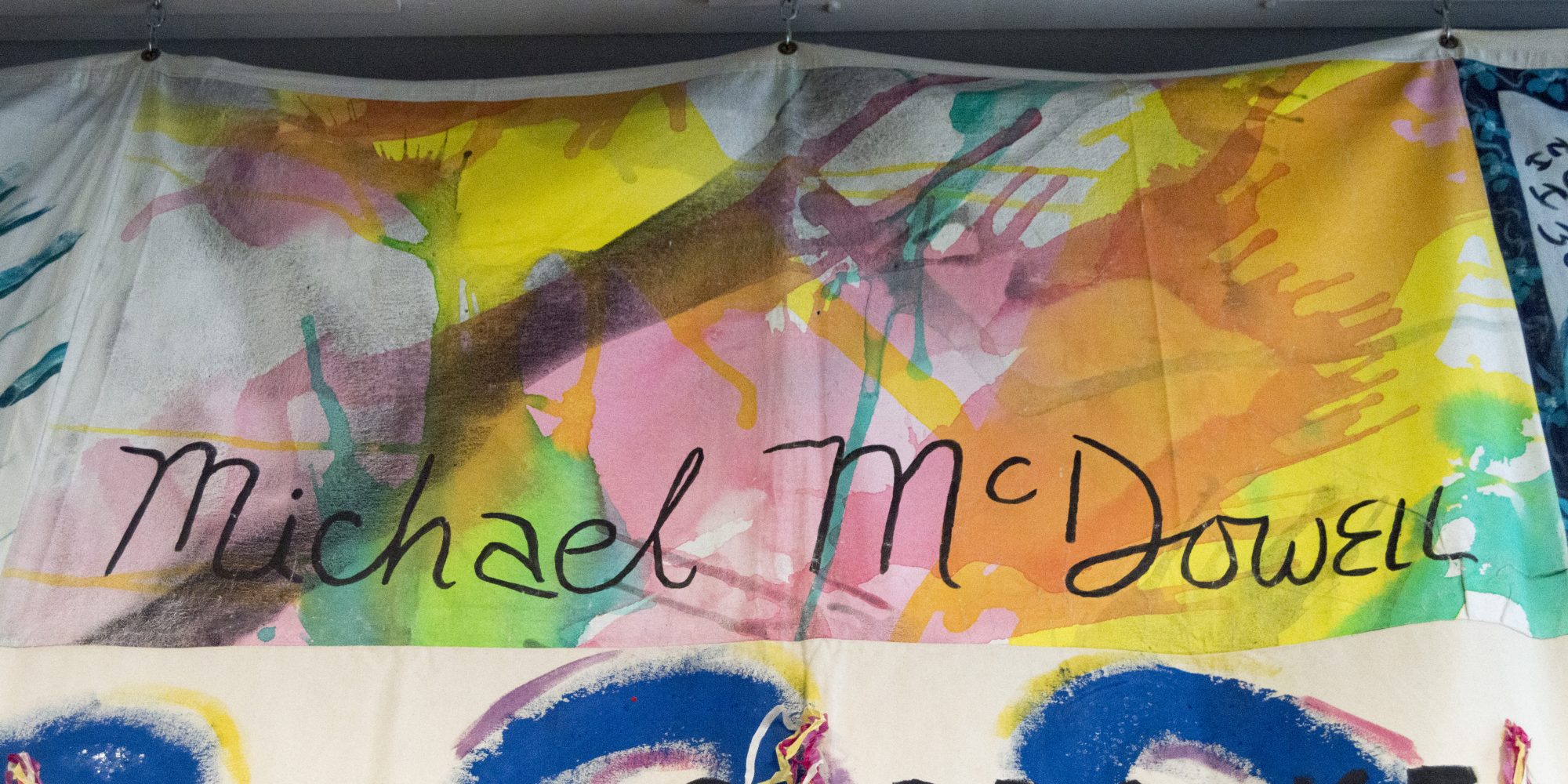 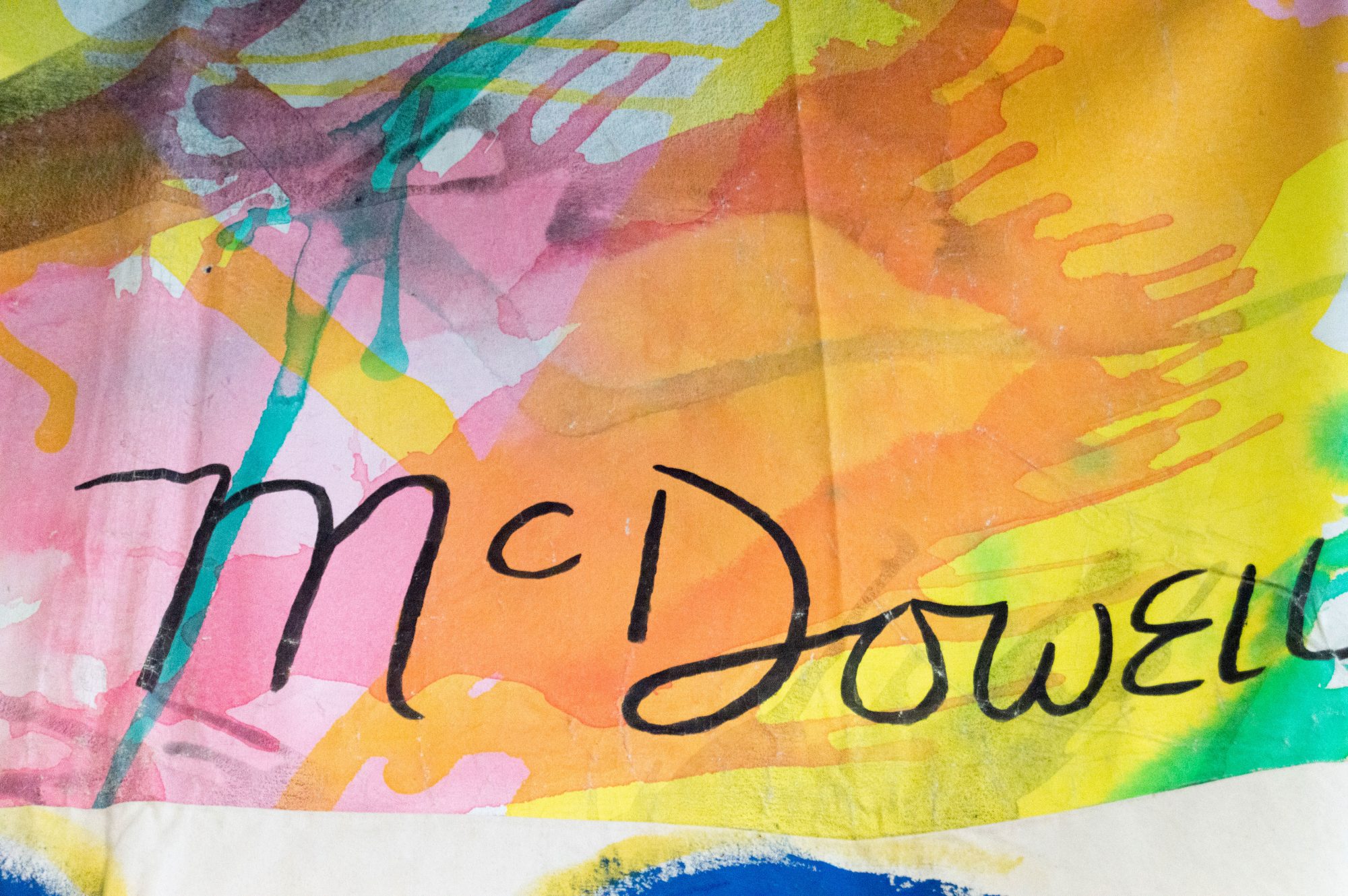 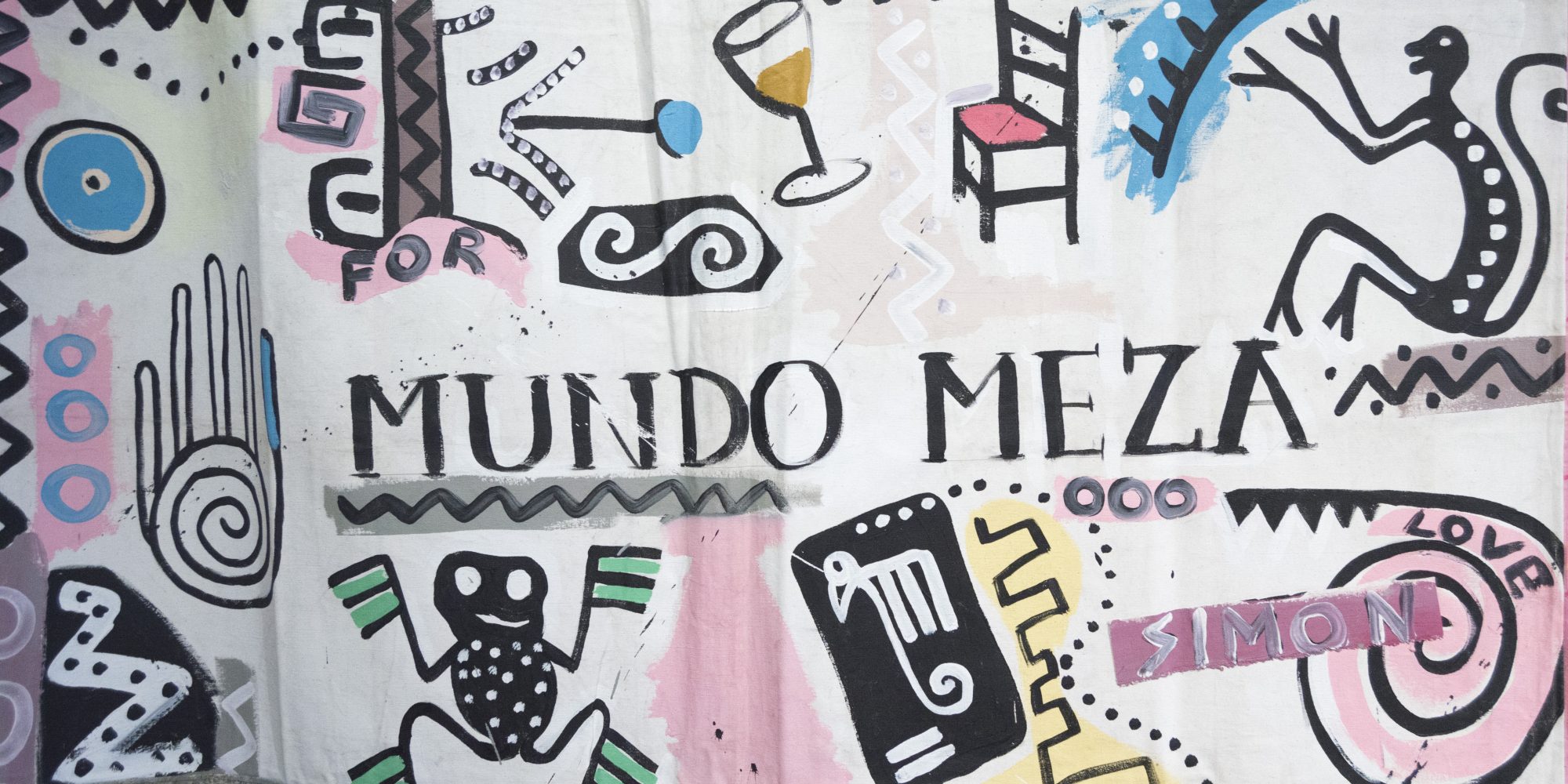