Drawn from the museum’s collection, the exhibition features Andy Warhol (American, 1928-1987)’s early work—from 1952 through the late 1960s—demonstrating his evolution from commercial artist to Pop icon. Warhol has been cited as one of the most famous and famously controversial American artists of the second half of the 20th century. His astute eye explored the inventory of American contemporary consumerism in the ‘50s and ‘60s, and he wrestled with issues of artistic appropriation and mass production. A child of poor Czech immigrants, Andy Warhola was born and raised in an industrial section of Pittsburgh. In 1949, after formative experiences at Carnegie Tech (Carnegie Mellon), Andy Warhola came to New York to start a career as a commercial artist. In the 11 years that followed, Warhola became Warhol—generating a peculiarly “personalized” portfolio—each piece marking what is now regarded as one of New York’s most successful careers in commercial illustration.

Warhola Becomes Warhol contains over 50 works on paper and sculpture, including hand-colored off-set lithographs, blotted-line drawings, and rare artist books. The exhibition includes several rare pieces, including a unique, unbound, original manuscript of “Snow in the Street and Rain in the Sky,” 1952. Also on view are several of Warhol’s rarely displayed Polaroid portraits of celebrities, including Mick Jagger; working “dummies,” or mock-ups, created for Warhol’s Interview magazine; and an original collage (1966) that became his iconic cow wallpaper. Several later works, such as Jackie (1964) and Self Portrait (1986) will also be on display, allowing visitors to understand how the techniques that Warhol learned as a commercial artist became the vehicles he later employed to mass produce his artwork and create the Warhol brand. 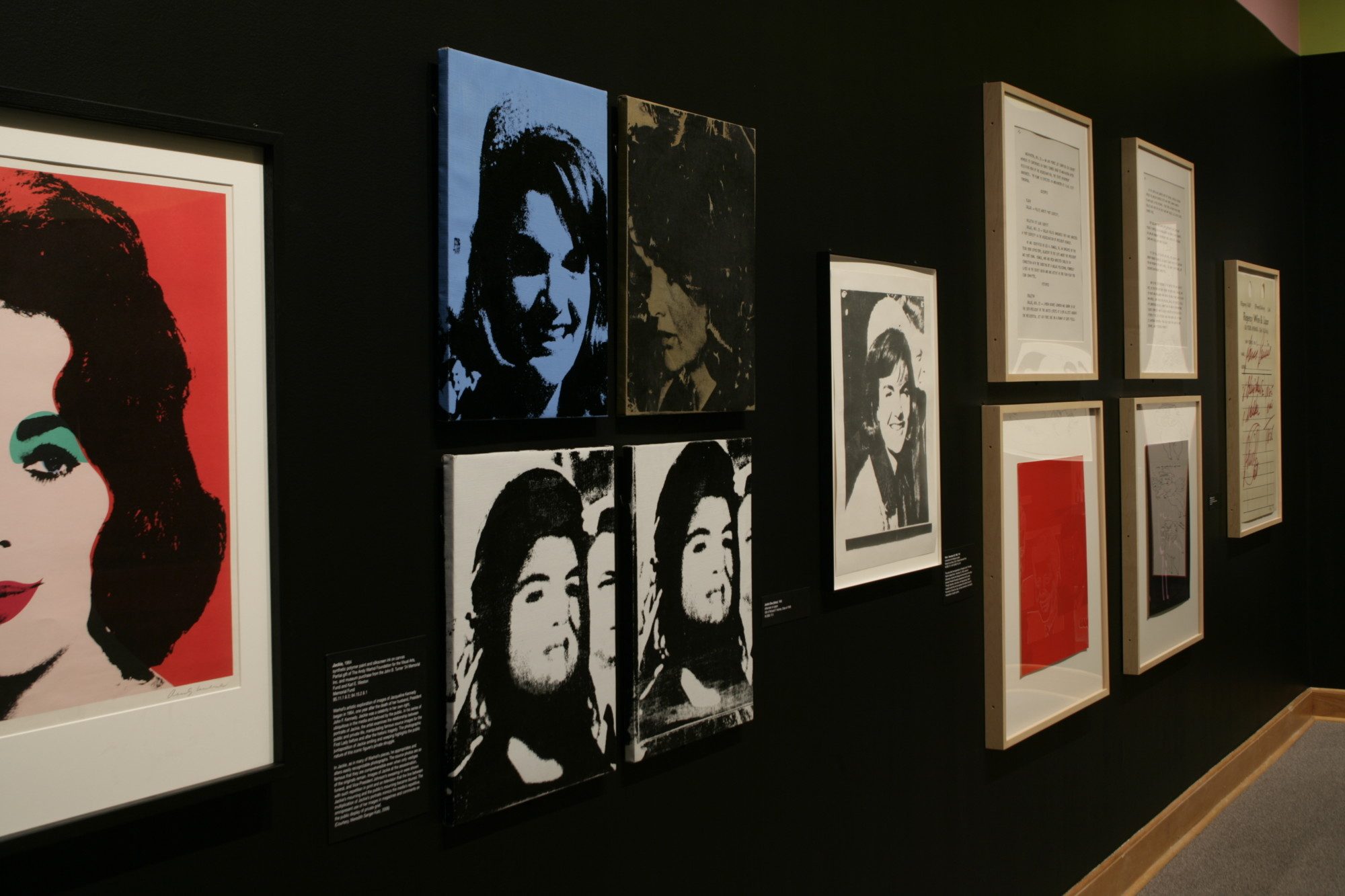 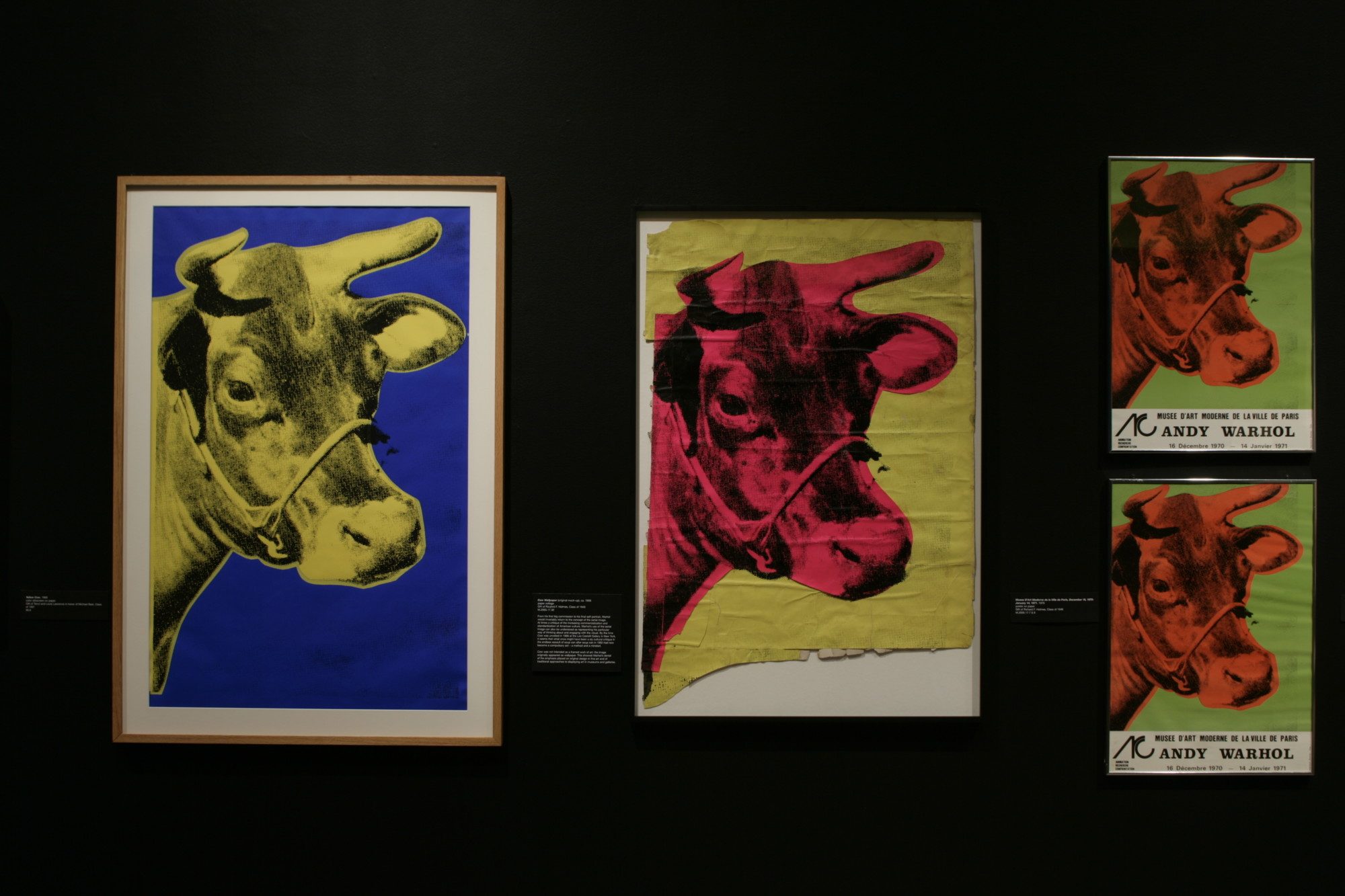 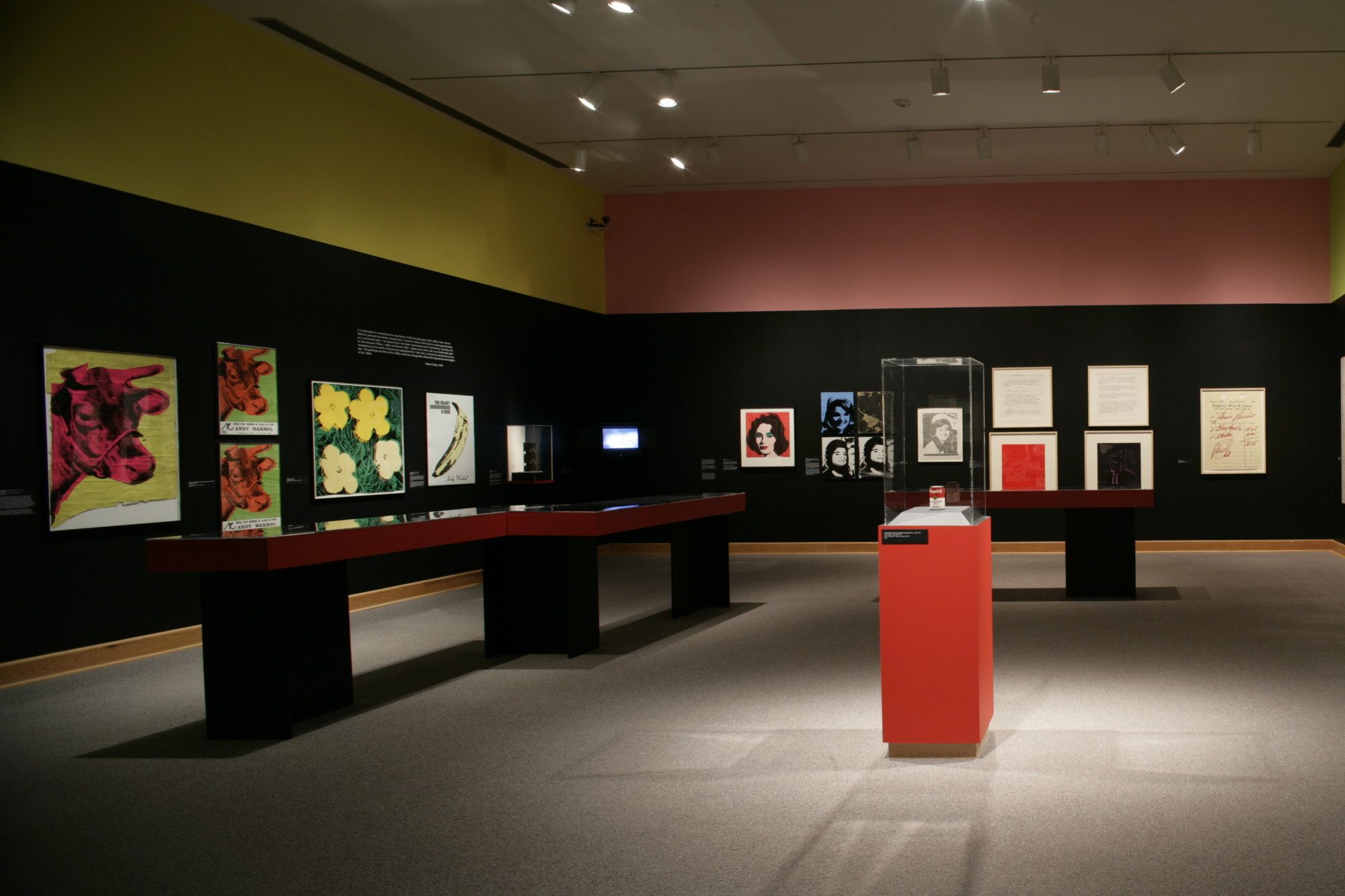 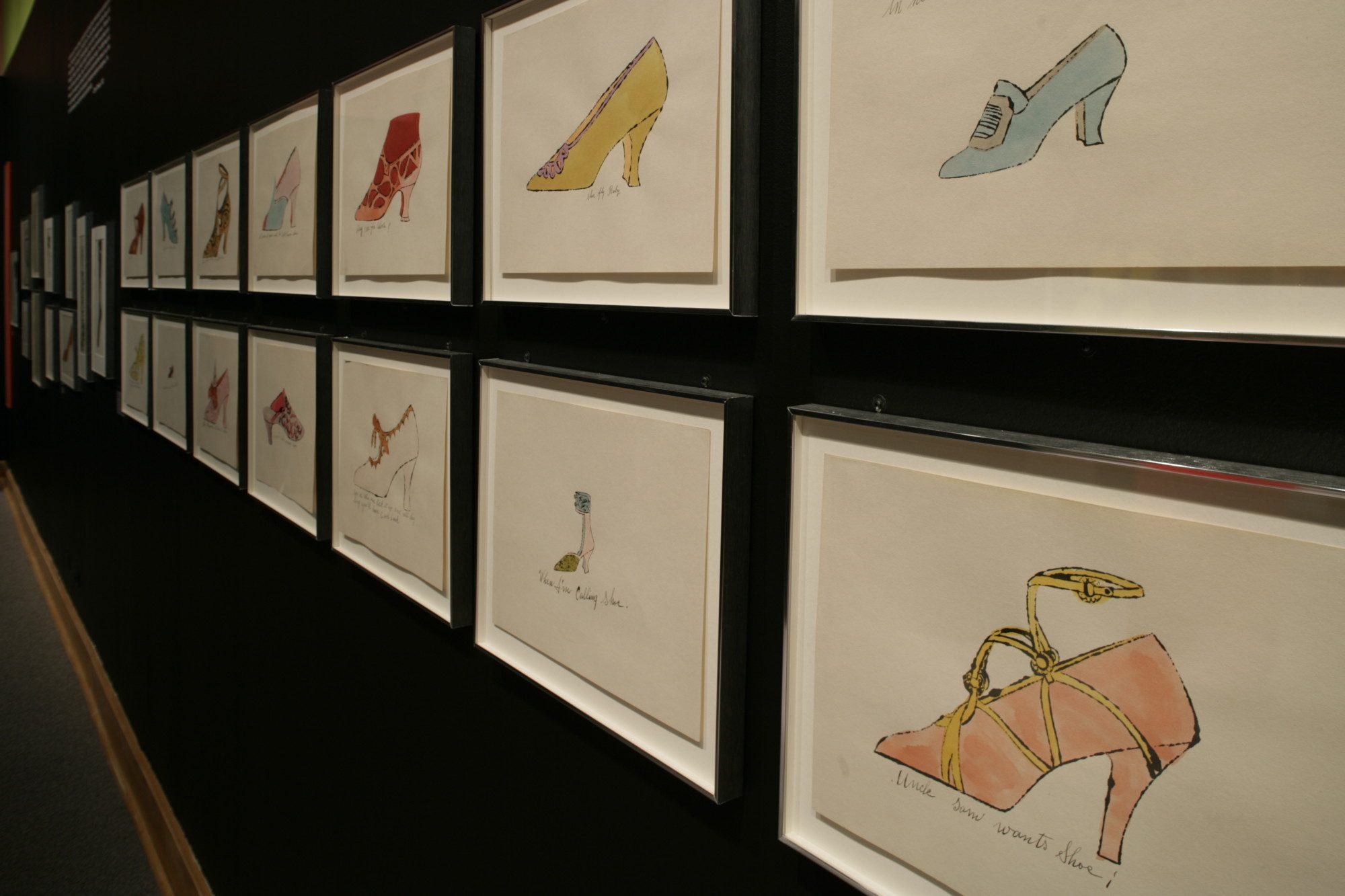 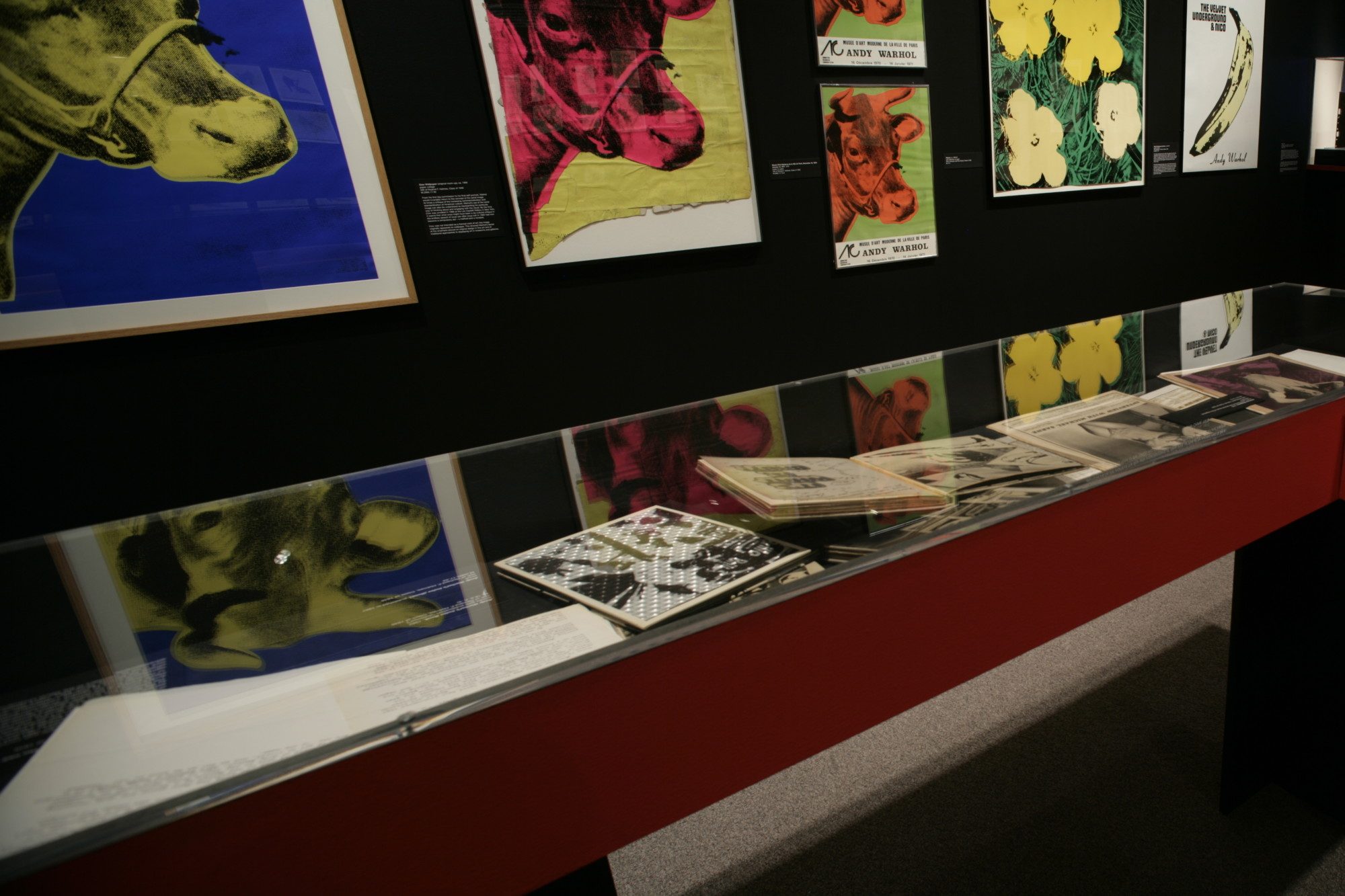 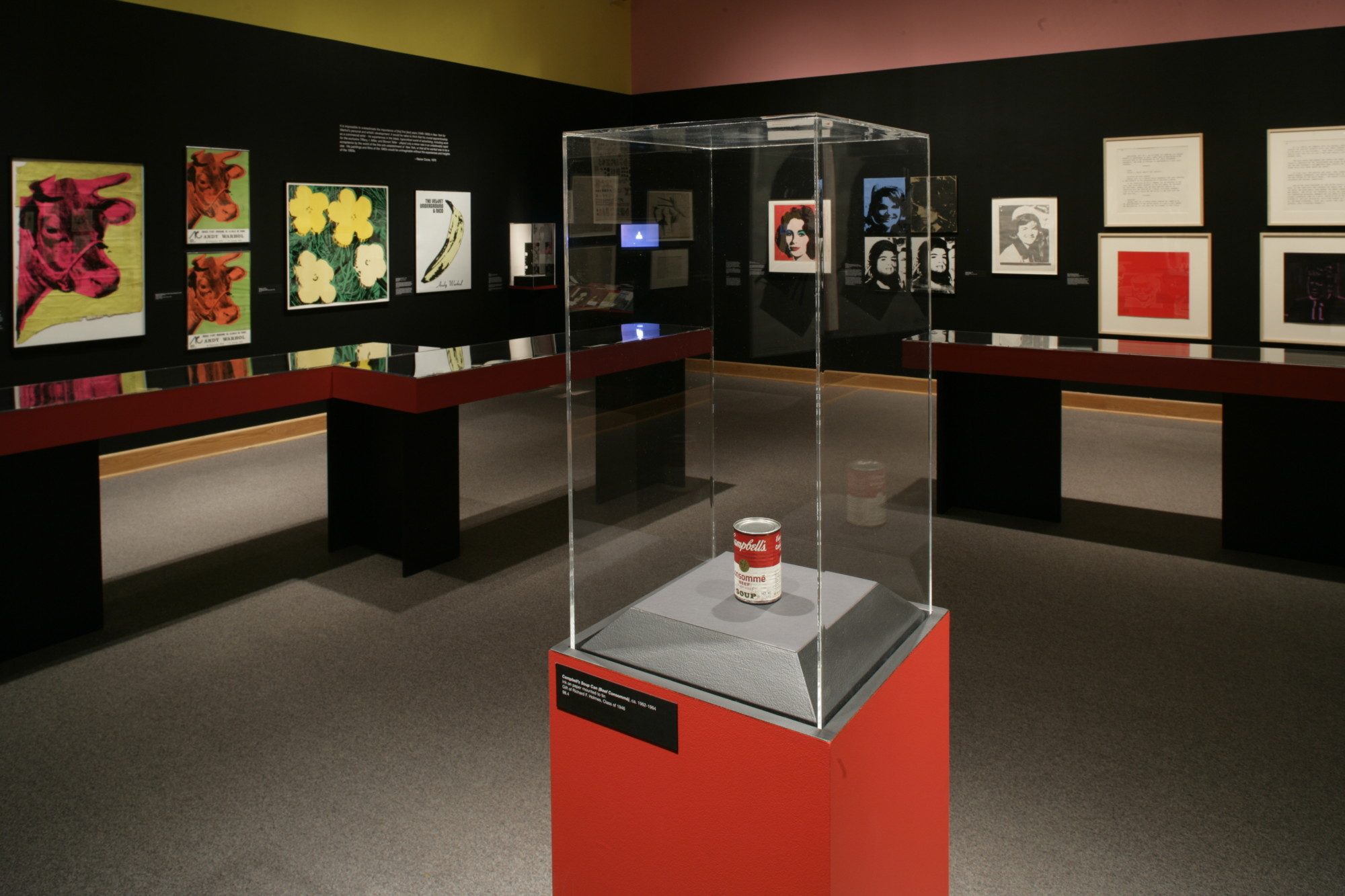 i
The centerpiece of this exhibition is gifted by Richard Homes ’46. Holmes, who worked for many years as an assistant headmaster and teacher of history and of African Studies at the Brooks School in North Andover, Mass., began collecting early Warhol art and ephemera before it was in vogue to do so. His first gift to WCMA came in 1995, consisting of 262 issues of Interview magazine from 1969 through 1991 and 10 books illustrated by the artist. His second gift of 62 works of art and 117 books were acquired in December of 2005..
PDF
Press Release