The Long Night and the New Day: Lithographs by Benton Spruance

The exhibition features 24 lithographs by the artist Benton Spruance (American, 1904-1967), spanning his long career—charting the major shift in his style from the more specific and naturalistic renderings of the Depression era through World War II to his later, more abstracted and evocative work of the 1960s. In his works, Spruance often uses biblical stories and classical myths to evoke individuals struggling with enduring moral dilemmas.

The Long Night and the New Day tells two stories. The Long Night is the name of one of Benton Spruance’s signature lithographs—it is an impassioned protest of the dehumanizing effect of McCarthyism in 1950s America. The New Day refers to the advances that Spruance achieved with color lithography during his career, bringing about a revival for a medium that had not flourished since the turn of the century. 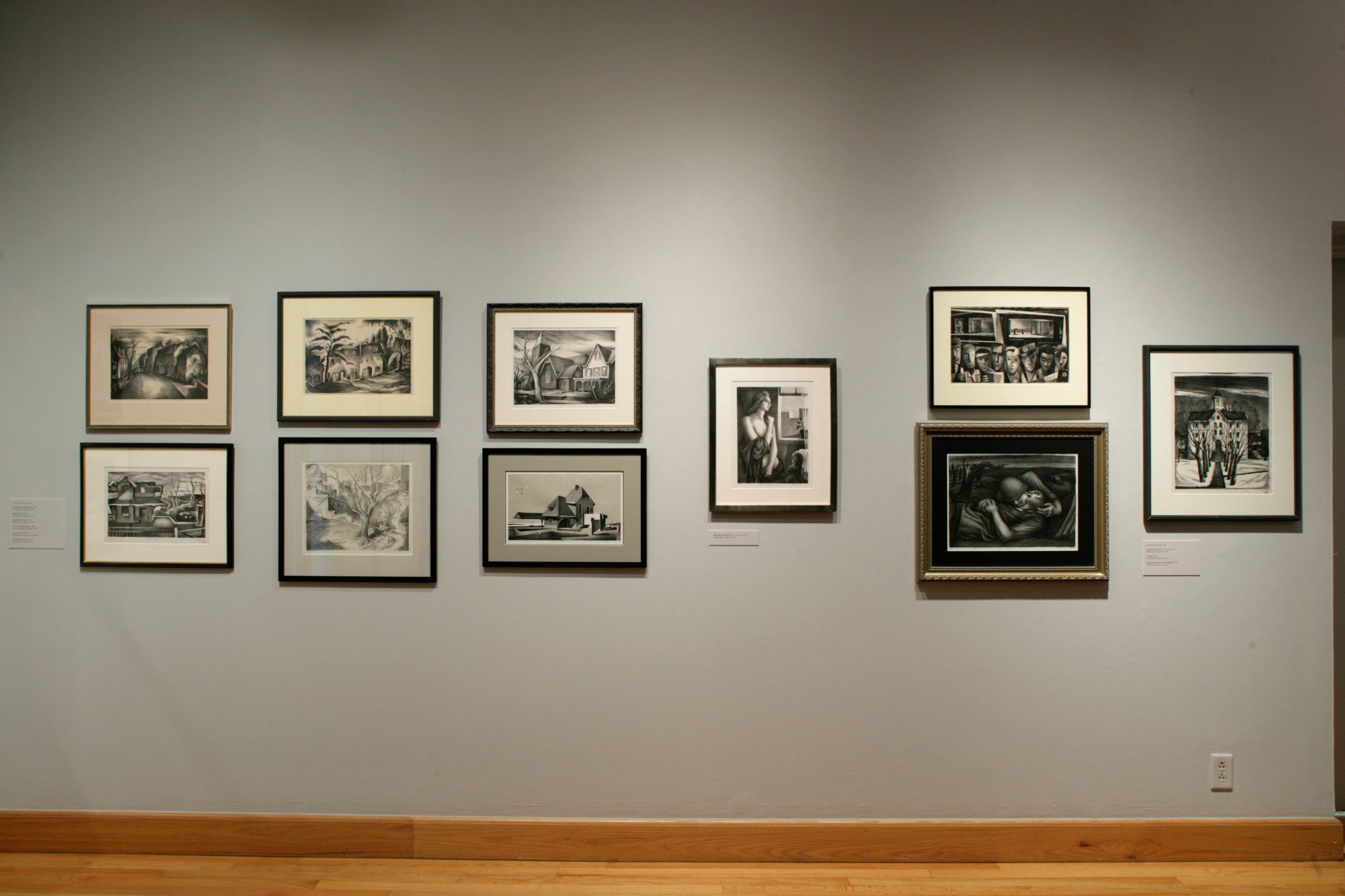 Benton Spruance created paintings and murals, but his primary medium was lithography. Born in Philadelphia, Spruance studied at the University of Pennsylvania School of Fine Art and at the Pennsylvania Academy of the Fine Arts. During the 1920s and 1930s his bold black-and-white lithographs of urban subjects established his reputation. Later in his career, he also made color lithographs and focused on mystical and mythological subjects. During his career Benton Spruance pushed lithography to new levels. He developed techniques that are still in use today, including subtractive lithography, a practice which allows the artist to use a single stone for several colors.

The exhibition is a celebration of a major gift of these works and approximately 50 more from Sigmund R. Balka ’56 to the museum.