This exhibition features seven new large abstract canvases by contemporary artist Jacqueline Humphries (American, b. 1960). In this new, site-specific installation, Humphries’s eight-foot paintings create a total environment within the gallery walls. The luminous and reflective qualities of the silver pigment continue the artist recent experiments working with non-traditional materials. Humphries conceives of this exhibition as a site that addresses sight. As the lighting conditions shifts and the visitors move in the gallery, the paintings reveal their full range of depth, color, and form. 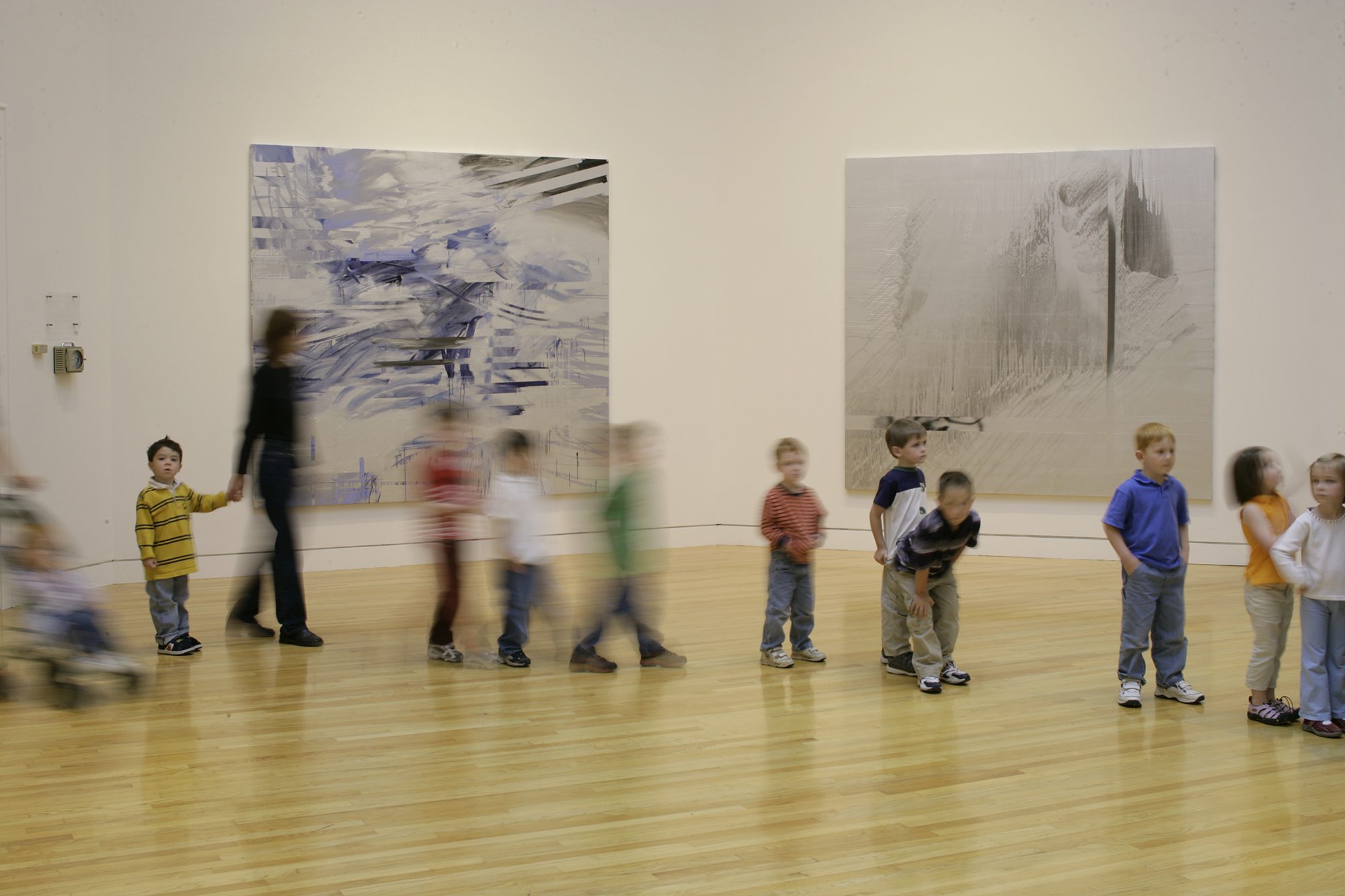 Jacqueline Humphries was born in 1960 in New Orleans and currently lives and works in New York City. She graduated in 1985 from the Parsons School of Design. She has won a number of awards, including an Academy Award in Art, American Academy of Arts and Letters (2000), a Pollock-Krasner Foundation Grant (1999), a Louis Comfort Tiffany Award (1992) and a Yale University Summer Scholarship (1984). Her work is in the collection of several public institutions, including the Museum of Fine Arts, Boston, the Saatchi collection in London, the Hood Museum at Dartmouth, and the Albright-Knox Gallery in Buffalo.