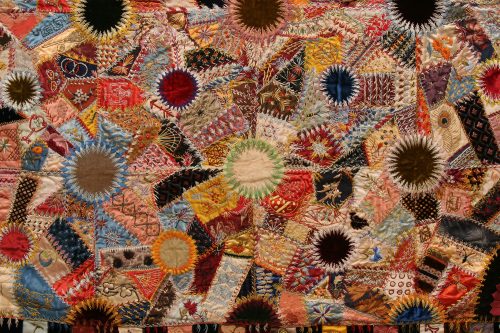 Showcasing 25 quilts from the Newark Museum’s collection, ranging from the late 18th century to the late 20th century, the exhibition tells the stories of the women who made them and the people around them; they communicate their values, social concerns and political views. Except for one, all of the quilts in the Newark Museum’s collection were made by women—Native American, African American, Asian American, European American women—who passed down traditions, styles, designs and fabric from one generation to the next in an attempt to express themselves.

The exhibition also explores the major role this art form has played in the creative and communal lives of women throughout American history. The making of a quilt was a labor of love that required an enormous amount of time and patience. Early 19th-century quilts were made entirely by hand, requiring incredible patience and skill. The Star of Bethlehem quilt, for example, made in Perth Amboy, New Jersey in the early 1800s, consists of 800 tiny diamond-shaped pieces of printed cotton aligned perfectly so that the pattern is never unbalanced. One of the few occasions when women could meet regularly, a quilting was also a bonding opportunity to share patterns or traditions for a special wedding quilt while discussing issues such as religion, social reform or politics.

This exhibition highlights a number of quilting traditions, most notably the “album quilt” and the “crazy quilt.” In the “album quilt,” each block is like a page in an album, often initialed or signed by one or more people. The “crazy quilt” became popular in the early 1880s. This new craze, inspired by Japanese textiles and design as part of the Aesthetic Movement, offered an opportunity for individuality and originality in an era of rigid Victorian social rules. 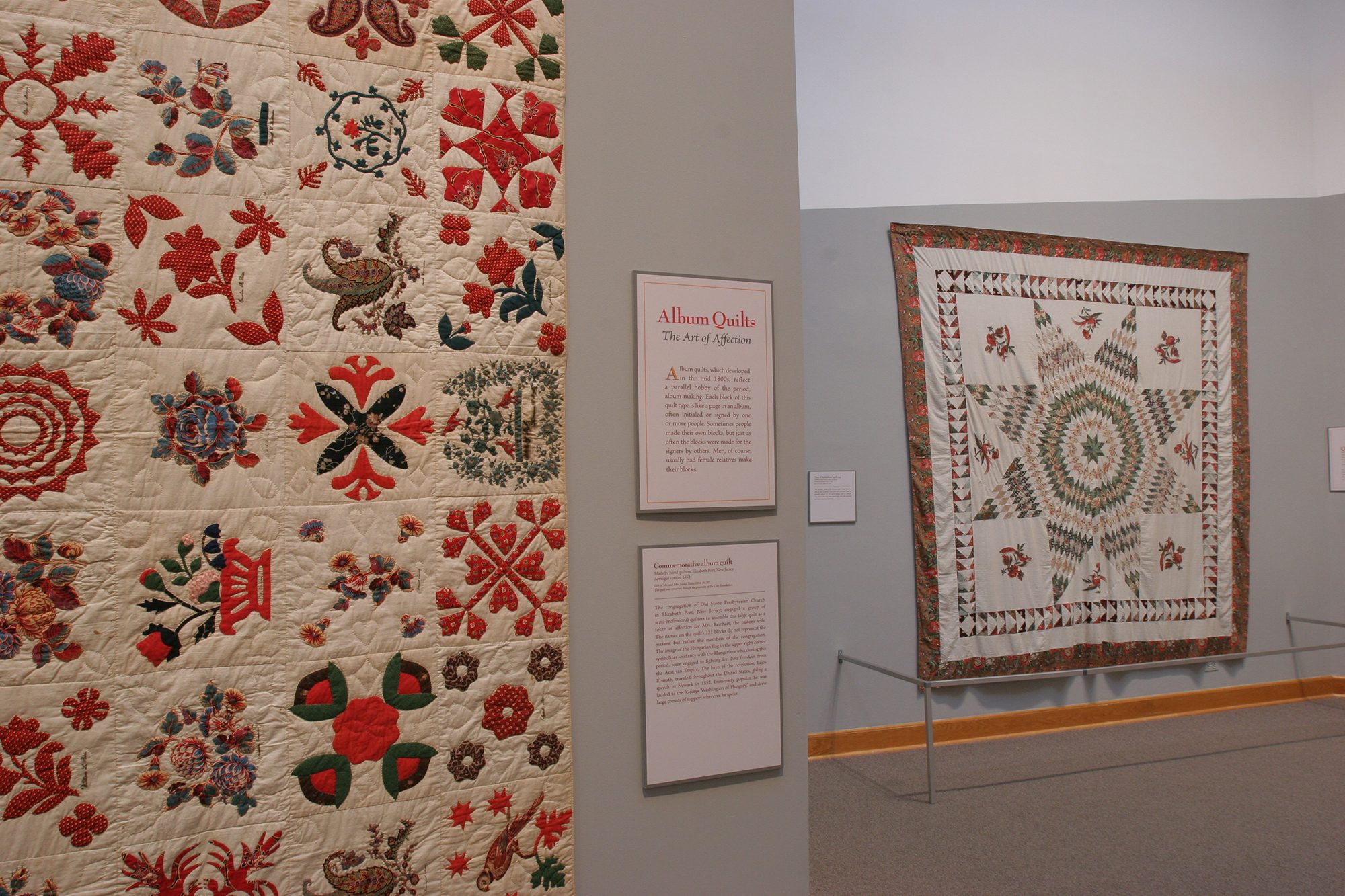 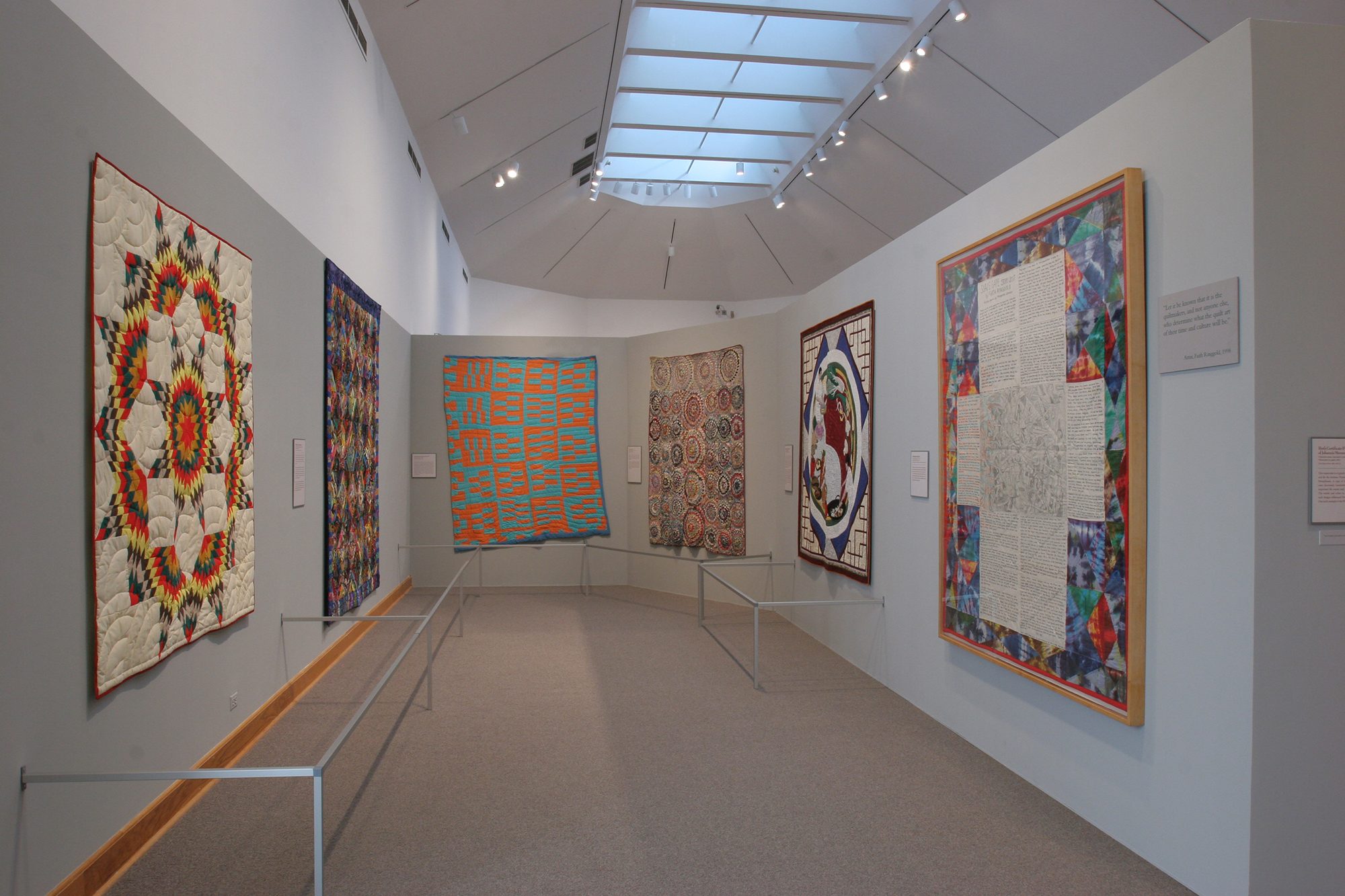 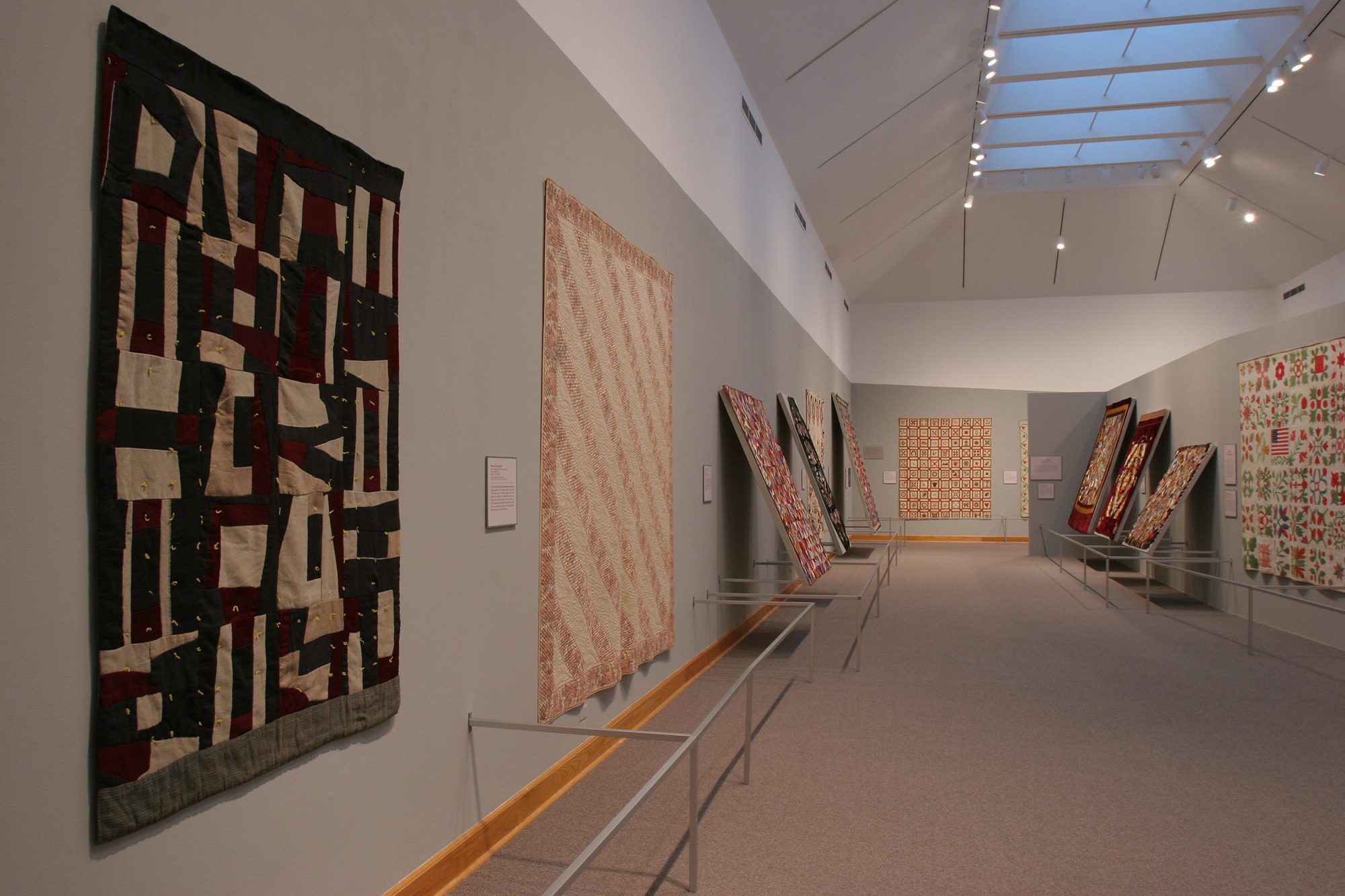 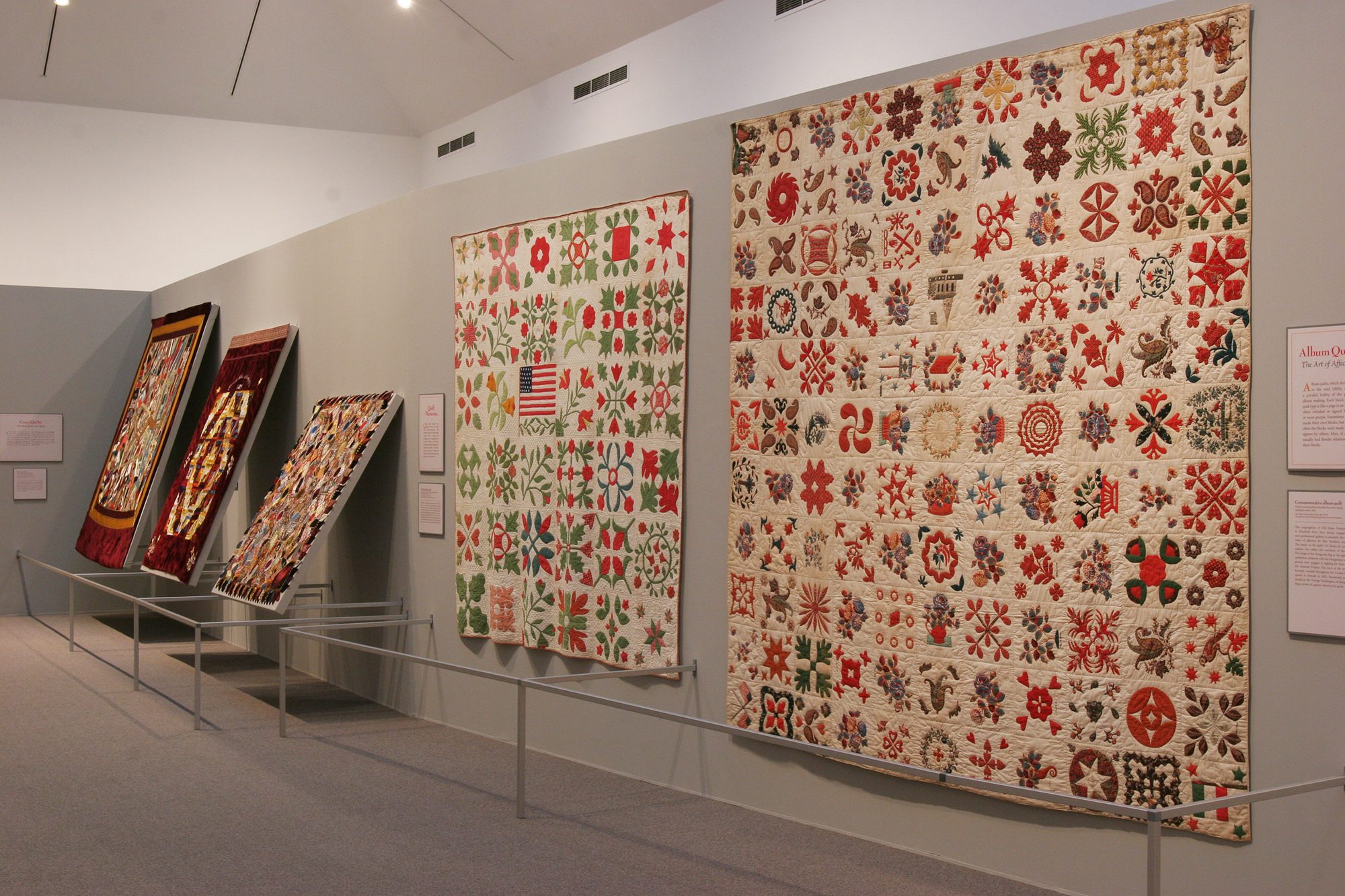 Quilt Masterpieces from Folk Art to Fine Art was organized by The Newark Museum, Newark, New Jersey. the exhibition was made possible through the generous support of: The Coby Foundation, Ltd., the New Jersey Commission, and the Bay Foundation.

This exhibition is part of “American Traditions,” an array of programming countywide at cultural, arts, and historical venues based on America’s rich and varied heritage. Coordinated with the help of the Berkshire Visitors Bureau, the spring and summer 2005 festival features performances, dance, artwork and exhibitions highlighting a vast range of historical and contemporary aspects of America. For information on “American Traditions” in the Berkshires, visit www.berkshiresarts.org.