The exhibition features over sixty views of Venice, Rome, Siena, and Capri, by artist Maurice Prendergast (American, 1858-1924). These works, in watercolor, oil, and print, are showcased alongside archival materials, including the artist’s personal sketchbooks, letters, photographs, and guidebooks from his two trips to Italy in 1898 and 1911, which give context to the period and Prendergast’s unique, modern style. This interdisciplinary exhibition demonstrates the advances of abstract color and form that put Prendergast on the cutting edge of American modernism. 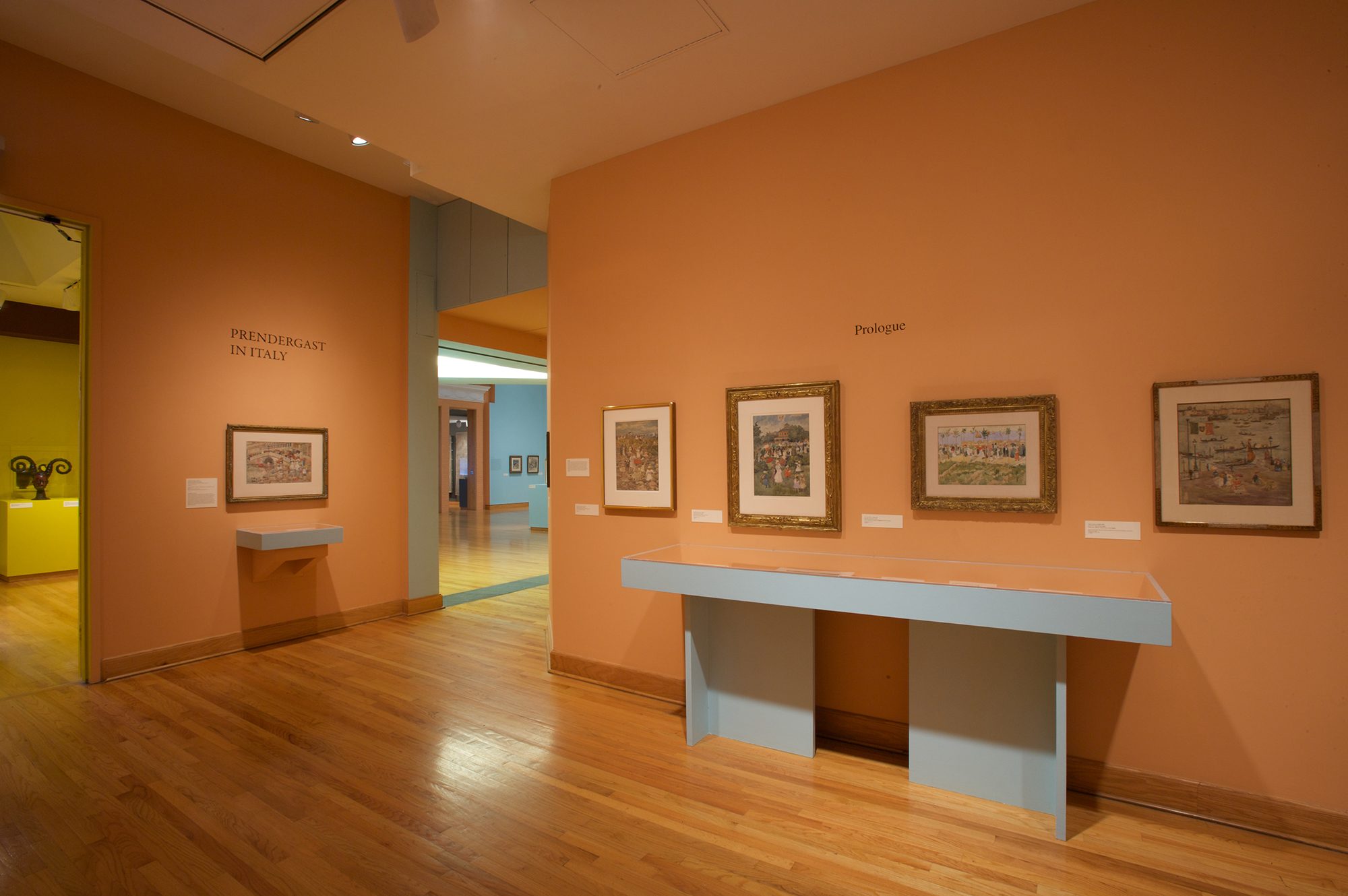 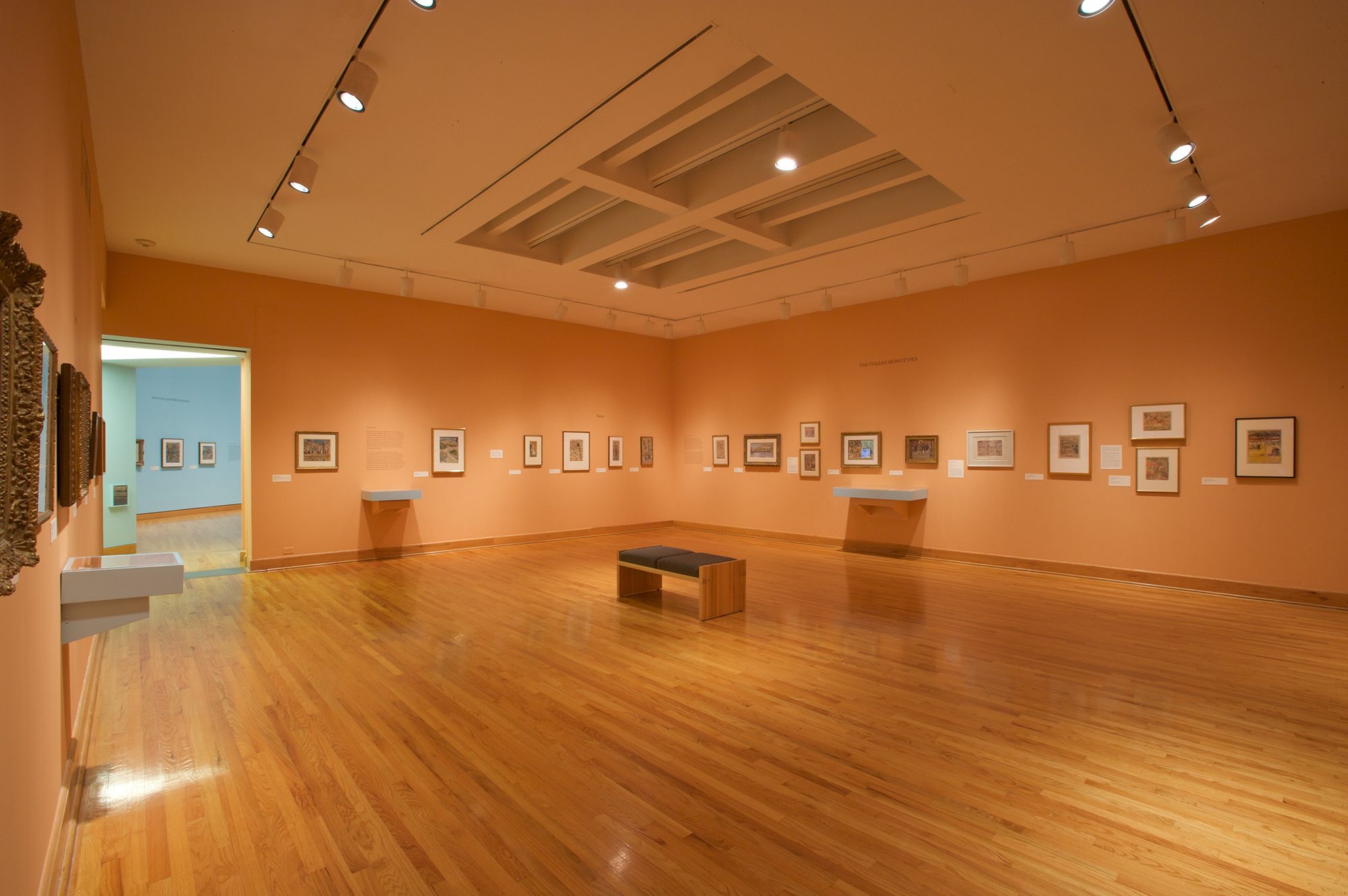 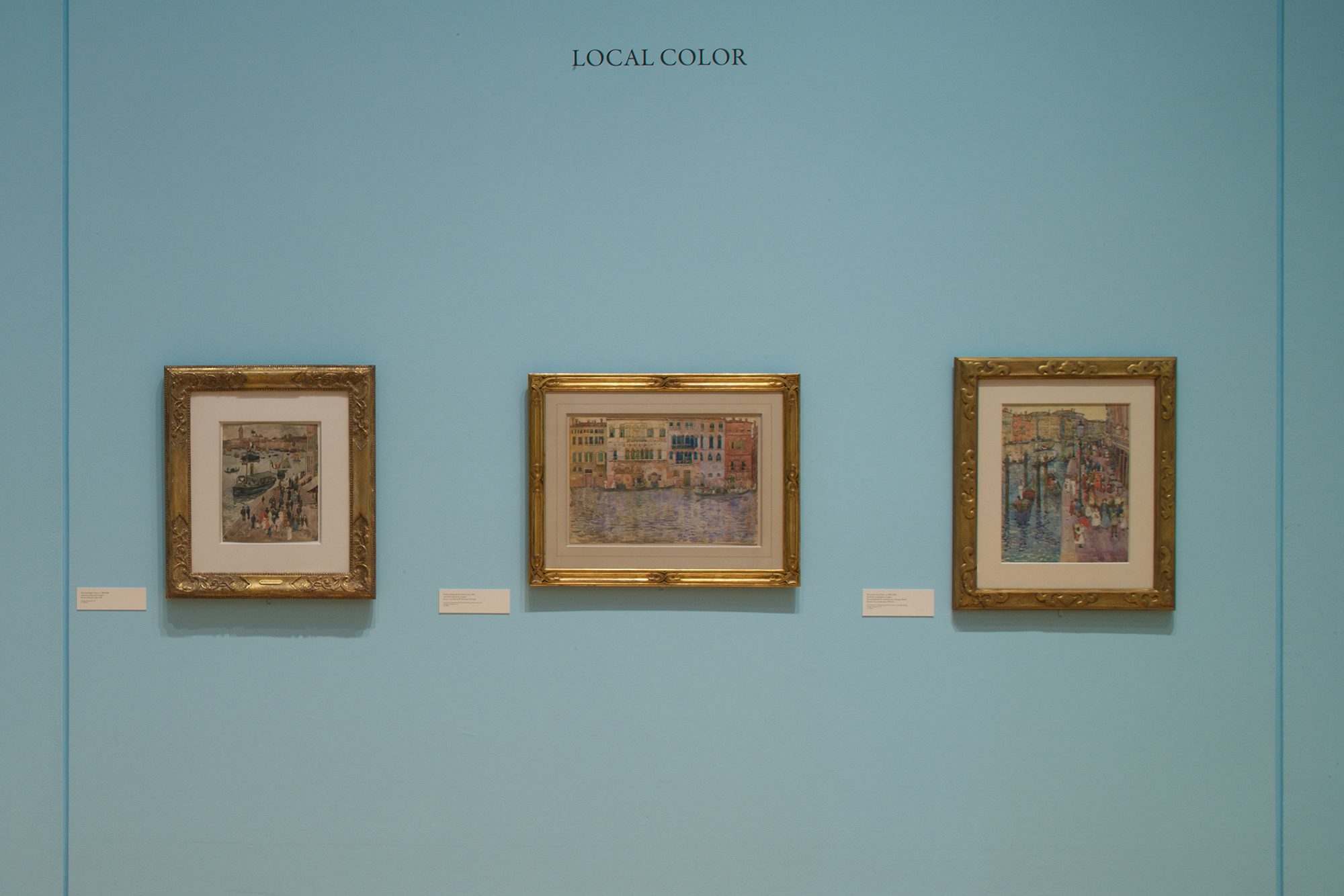 Maurice Prendergast (American, 1858–1924) made a name for himself in Boston and New York as a cutting edge Impressionist watercolorist who experimented with color monotypes. In his day, he was lauded by the more progressive art critics and attracted the support of modern art collectors. When he first departed for Italy (1898), he was an up-and-coming avant-garde artist who had recently returned to Boston from four years in Paris.

The body of work that Prendergast produced shows his struggle to pay homage to the great art he encountered in Assisi, Siena, Rome, and Venice while he grappled with the new realities of modern, unified Italy and the progressive art of his time. Prendergast’s interpretation of Venice captures a unique blend of old and new. Watercolors from his first trip to Italy are characterized by Prendergast’s interest in the Italian flag and how it symbolized a “new” Italy; he depicted it many times during this first trip. These works were sent home and exhibited in Boston even while he was still abroad. In 1900, shortly after his return to America they were showcased in his first one-person show. It was the Italian watercolors that catapulted Prendergast to a national reputation and a place among the most advanced artists in New York.

Ten years later, after assimilating the new expressionistic and abstract art theories unveiled in Paris by Matisse, Picasso, and their circle, Prendergast again departed for Italy (1911). On his second trip, Prendergast focused on the bridges of Venice, applying his new style to the emblematic architecture of the canal city. This body of work shows the advances of abstract color and form that put Prendergast at the forefront of American modernism.

Prendergast in Italy, published by Merrell Publishers, London, is a catalogue focusing on Prendergast’s major Italian works. The main essay of the book is written by Nancy Mowll Mathews, with an additional essay by Elizabeth Kennedy. These essays accompany 250 illustrations of art, photography, maps, and documents that give the complete context of Prendergast’s Italy.