Photography at the Frontier of Physics and Art

John Stomberg, Deputy Director and Chief Curator, with Nina Cochran, Class of 2011, Graduate Program in the History of Art

The exhibition brings together the work of four major photographers—Eadweard Muybridge (English, 1930-1904), Harold Edgerton (American, 1903-1990), Berenice Abbott (American, 1898-1991), and Man Ray (American, 1890-2976)—who changed the popular understanding of physics while expanding the creative possibilities of photography.

The exhibition examines the ways in which scientists using photography engage artistic issues, such as composition and color, while art photographers often work to create images of the physical universe that serve as or celebrate scientific research. In addition to the four photographers, the exhibition features two contemporary scientists—biologist Joan Edwards and astrophysicist Karen Kwitter, both professors at Williams College—whose work deeply engages with the photographic representation of physics. 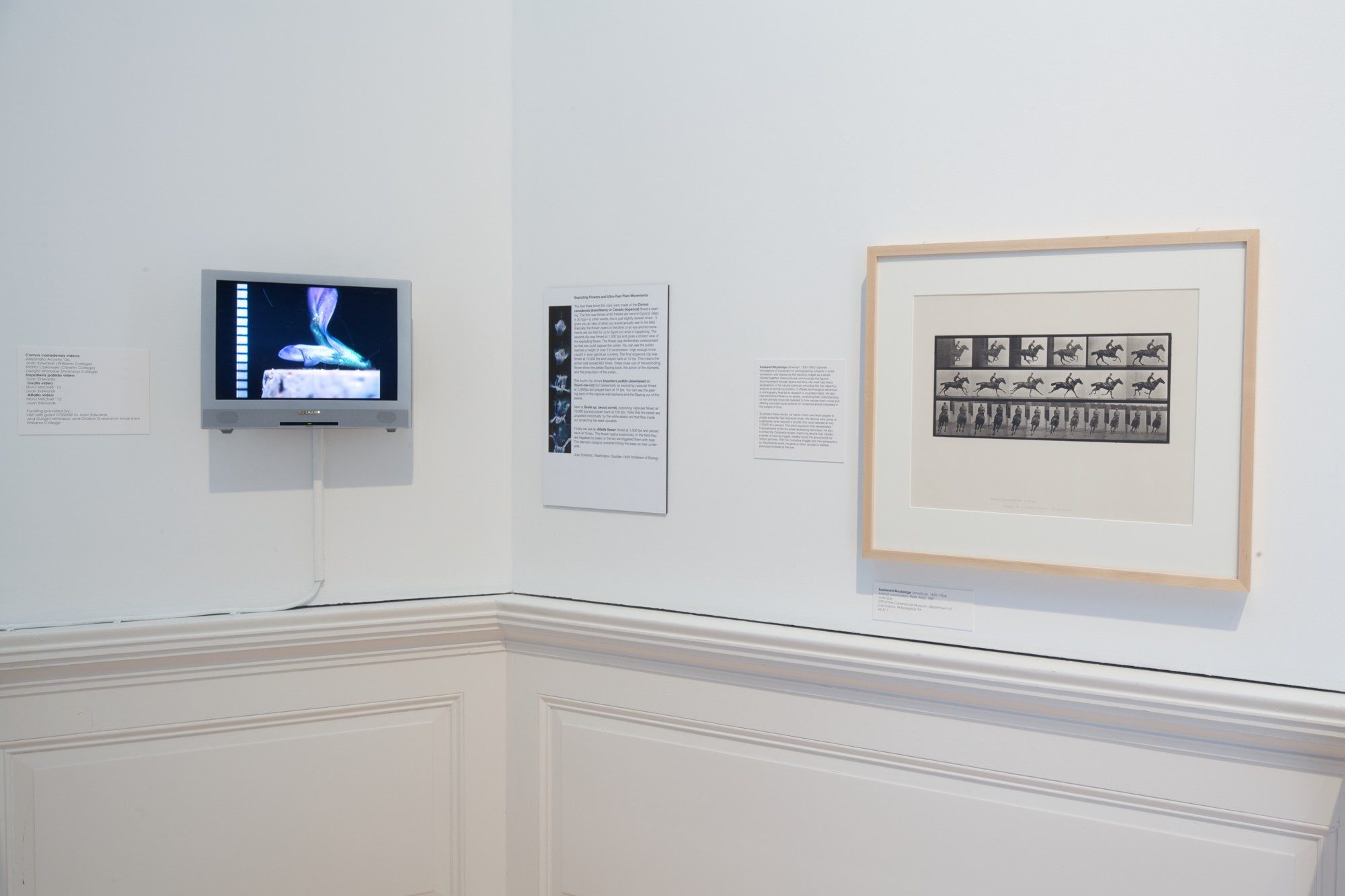 Eadweard Muybridge started his photographic career on the creative side, making artistic landscapes for sale in his San Francisco gallery. By the turn of the century, he had devised a technique to photograph the stages of motion by using a sequential imaging method that led directly to the development of cinema. The American expatriate artist Man Ray created his portfolio of photogravures, Electricité, as an interpretive scheme for understanding the meaning, rather than the functioning, of electricity. Berenice Abbott turned to photographing representations of physics late in her career. She argued that physicists needed the aid of an artist to fully explain their work and joined a team at MIT who wrote the new standard textbook for high school physics in the late 1950s. Harold Edgerton, a brilliant MIT electrical engineer, pioneered the use of strobe lights in understanding the mechanics of motion. Imaging for him became an end in its own right and he produced portfolios of his photography for sale during his lifetime.

Biologist Joan Edwards’ super slow motion studies of flower blooms have led to new understandings of the process involved with the entire reproductive cycle of plants. Astrophysicist Karen Kwitter works to understand the composition of bodies in space through the study of the light they emit—her work parallels the interpretive strategies used in the Hubble Telescope images on display. Edwards and Kwitter demonstrate the ongoing use of photography in the practice of science and the contribution that aesthetics often makes to the reporting of data in their work.