Object Lab is a hybrid gallery-classroom and a responsive pedagogical platform. Each semester, faculty across academic divisions collaborate with museum staff to select works of art that employ, investigate or interpret key course concepts. These works of art are then presented in a course-specific installation, offering students and faculty extended access to objects as visual texts. Throughout the semester, students return to the space as they create data visualizations, write weekly journal entries about form and original context, and re-imagine literary characters. 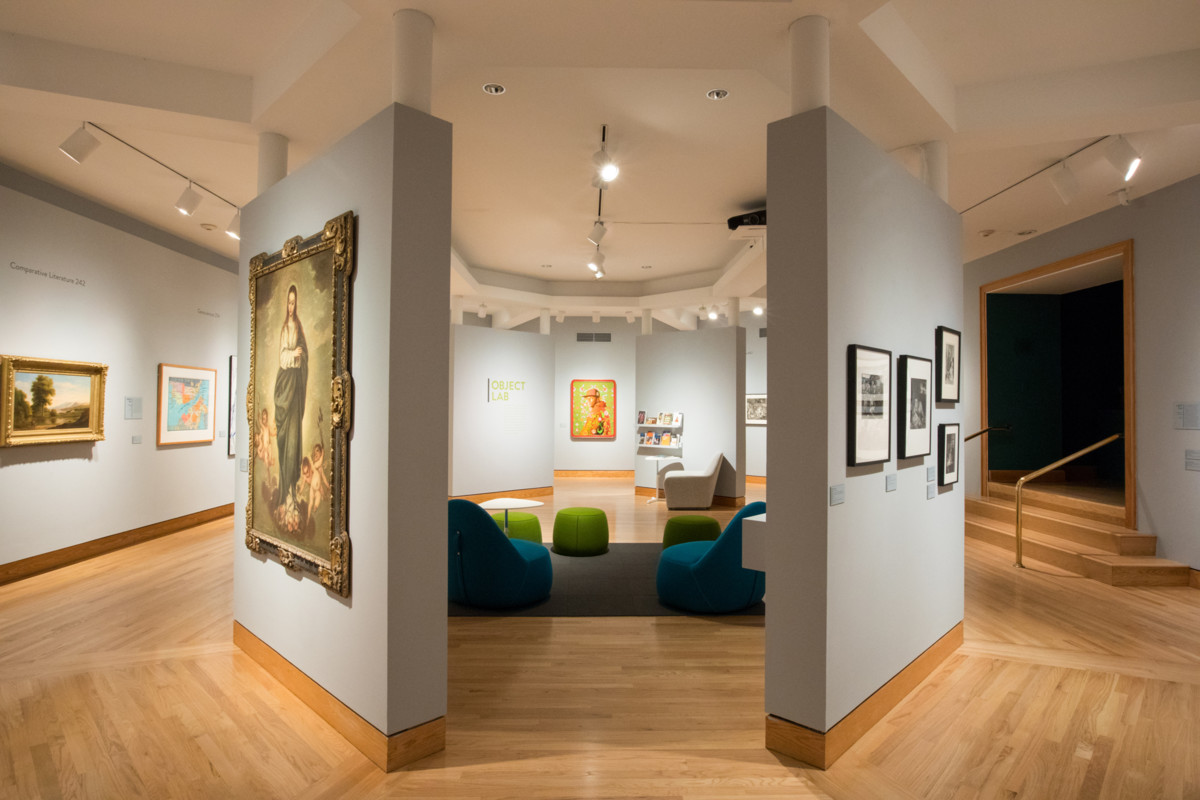 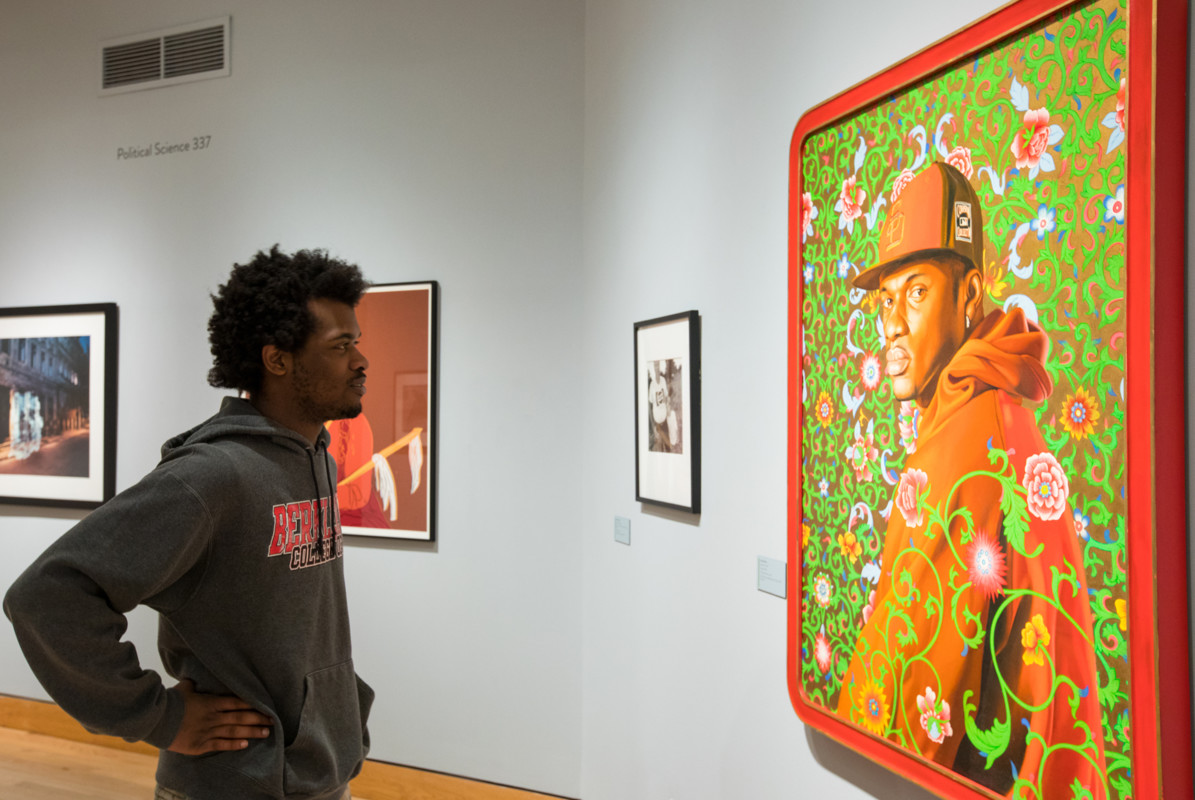 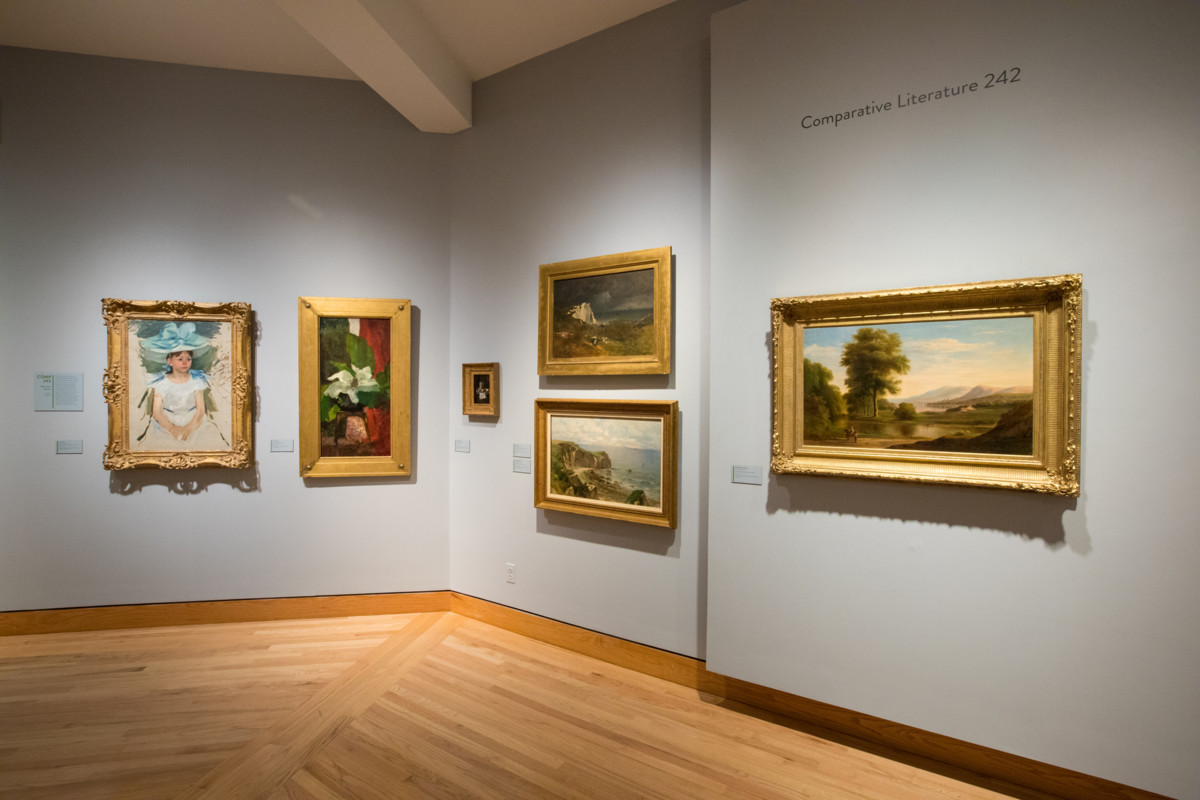 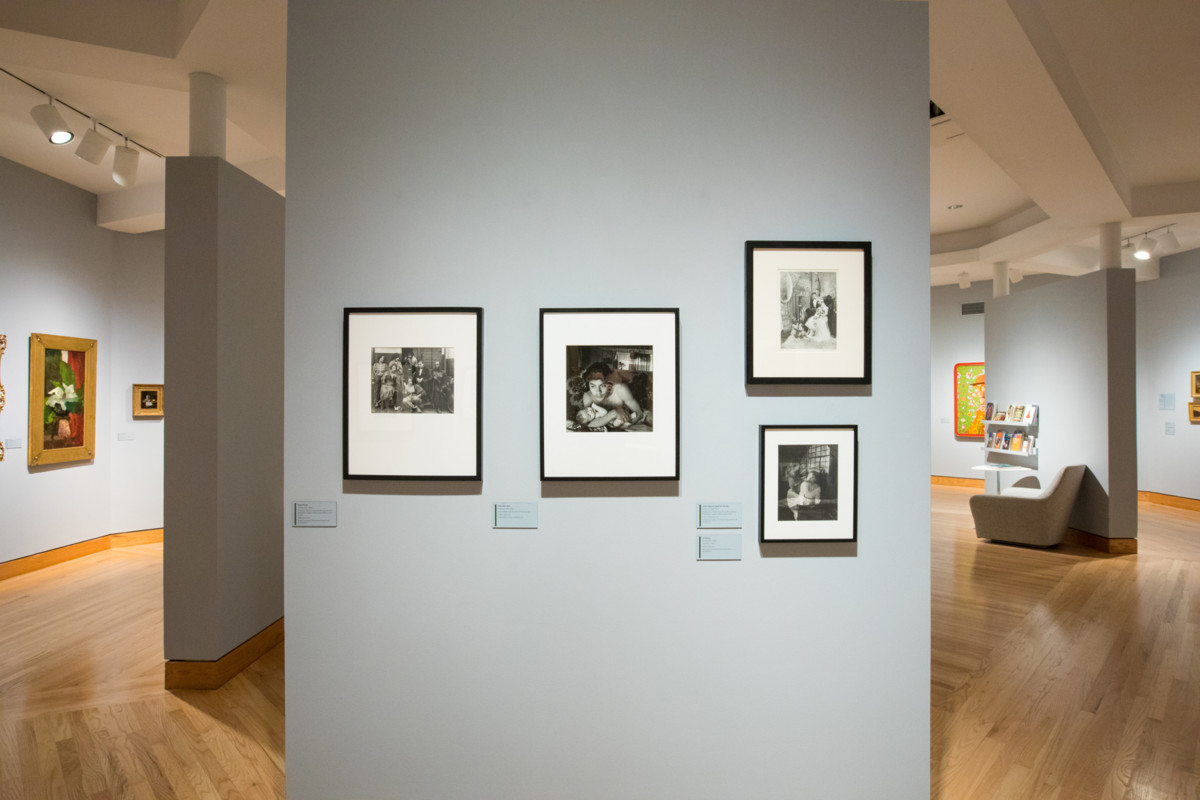 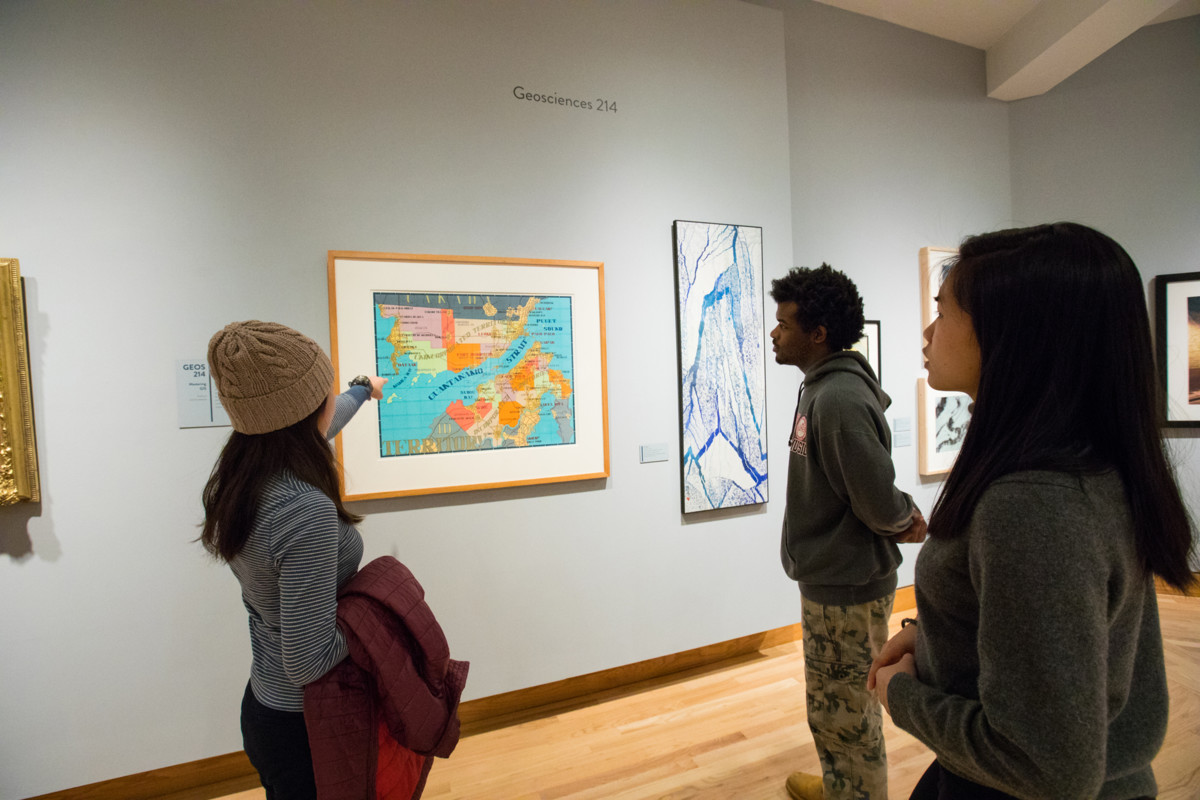 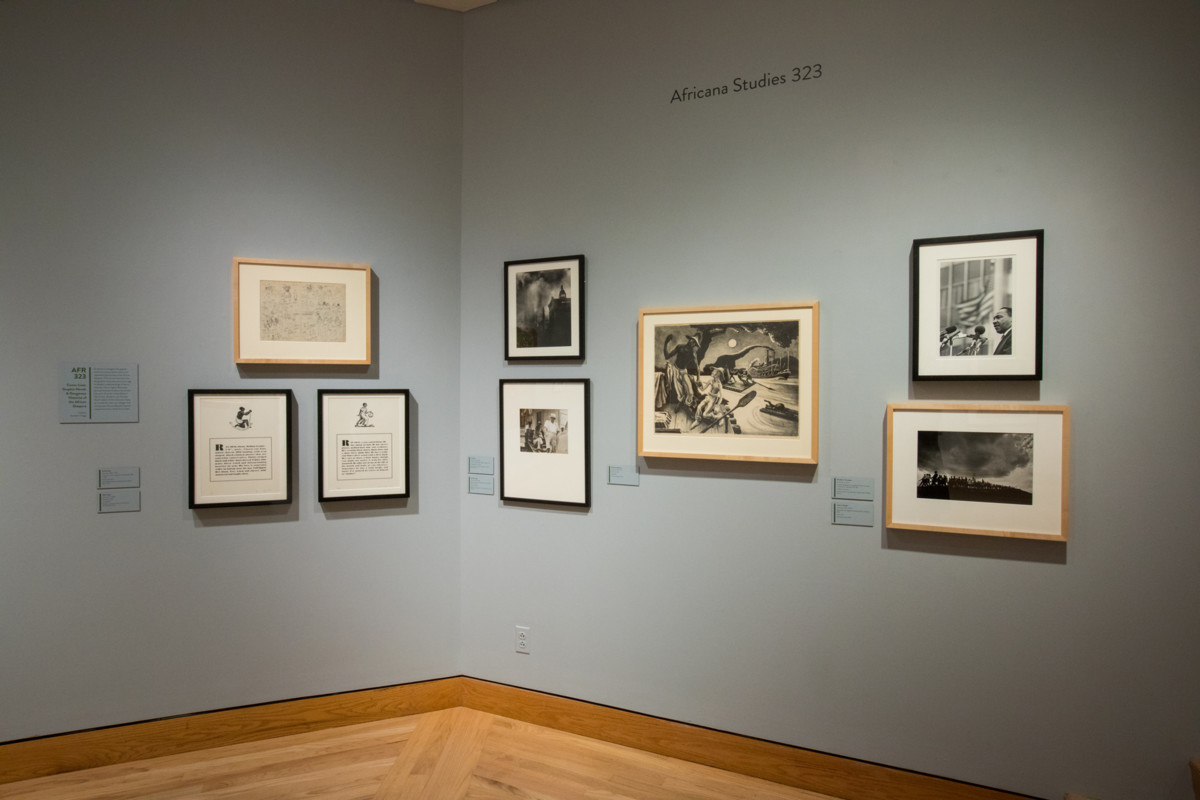 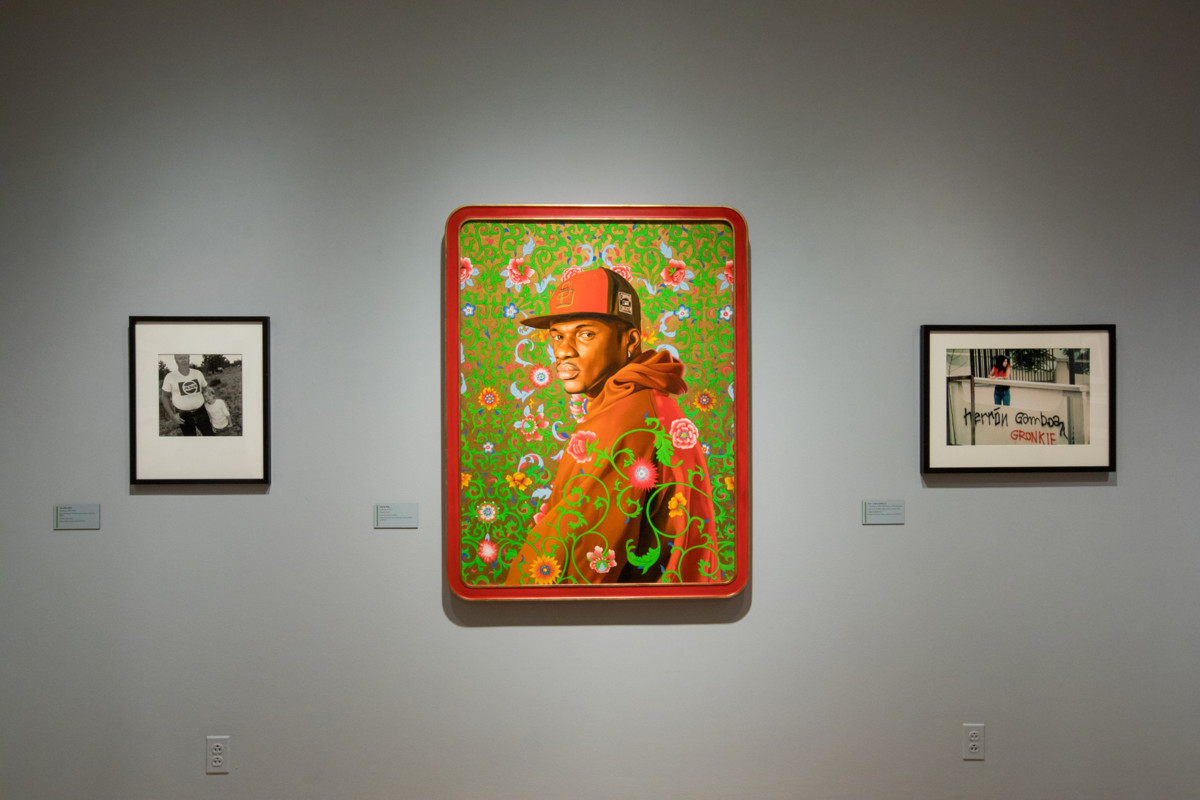 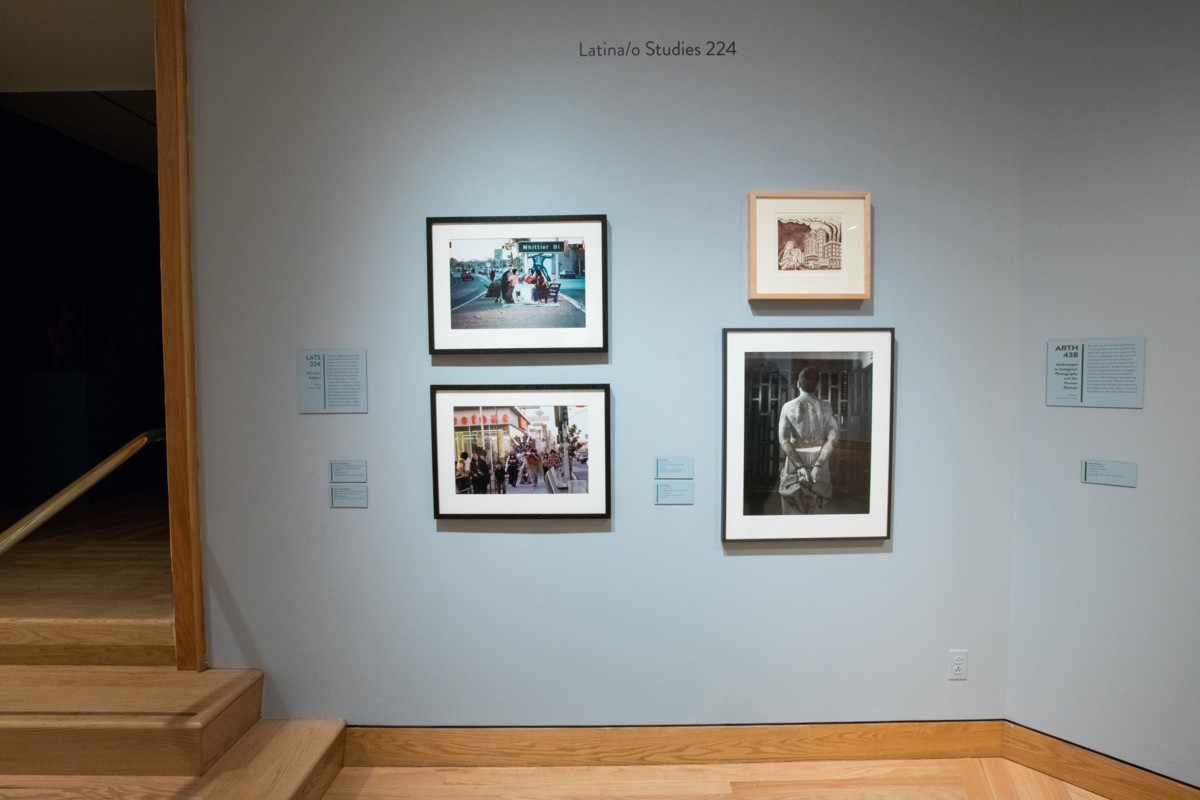 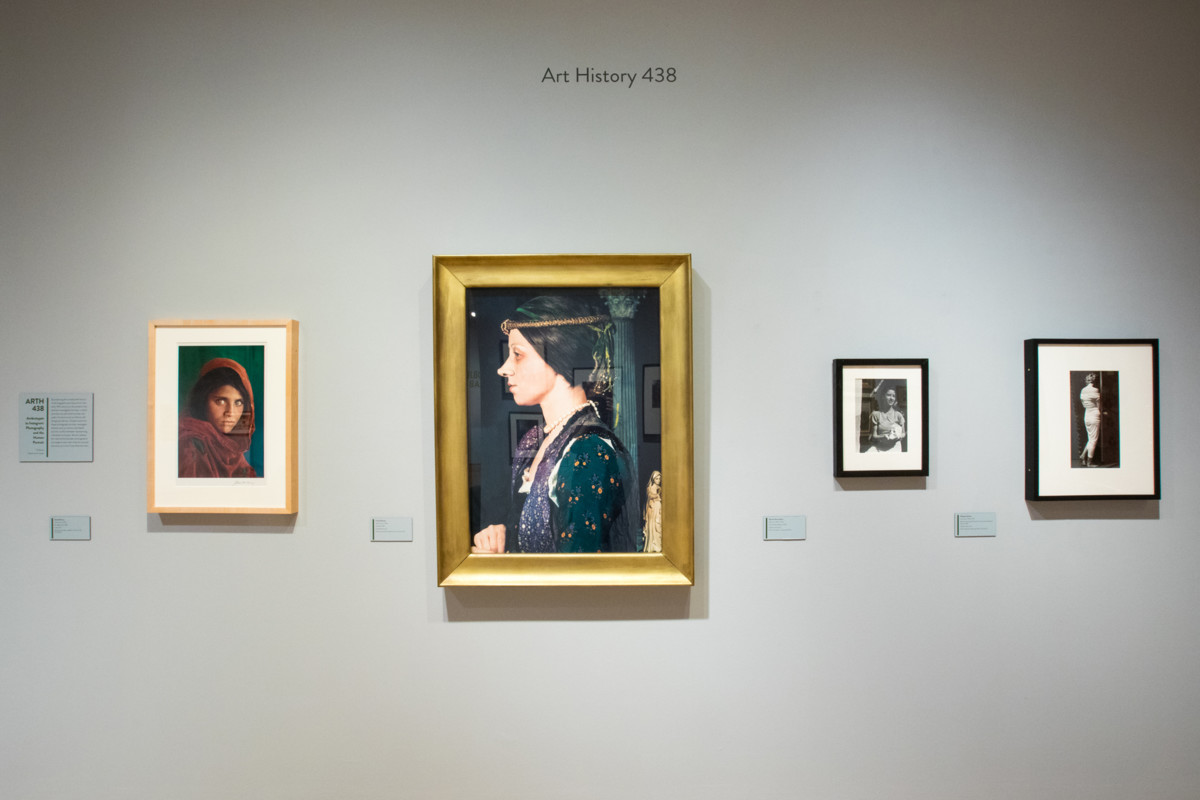 Students investigate the graphic novel as a provocative medium for representing histories of the African diaspora. This course illustrates how the graphic novel uses word and image to deepen understandings of ethnic traumas. Glenn Ligon’s Runaways prompt discussions about the artistic function of words in Kyle Baker’s Nat Turner. Students use Thomas Nast’s sketch of the character Topsy as a model for their own designs that incorporate Harriet Beecher Stowe’s original text from Uncle Tom’s Cabin.

By exploring the complicated history of photographic portraiture from the early 19th century to the present, this seminar investigates the ways in which portraits can serve both private and public functions and can fashion self and group identity. Students examine these photographs as they consider themes such as memory and death, and the conflict between representing individuals and types. We also address the complicated relationship between photographer and subject, even when they are one and the same, as in the Cindy Sherman here.

This course explores Americans’ experiences abroad between the end of the 19th century and the present day. We consider the relationship between American and European identities, and the gaps between cultures, expectations and reality. This selection of works shows the impact of travel on American artists during the Gilded Age. The Mary Cassatt and John La Farge paintings demonstrate French and Japanese influence, while the Williams Harnett still life combines an American newspaper and German stoneware.

This seminar discusses the mixture of contradictory “bad” feelings that burden the individual and the collective. Using critical theories of blackness, gender, and sexuality, we think about the recitation of negative expressions including violence, anxiety, grief, and silence. Looking at examples of African American literature and art, students examine how black subjects creatively negotiate these affects. Students spend significant time with Kara Walker’s watercolor, generating their own critical reflections and interpretations and also considering how the use of watercolor drives interpretations of the work.

This course uses the computer system Geographic Information Systems (GIS), which displays data related to positions on Earth’s surface to help solve environmental problems. Students use the landscapes here to consider the impact of visual choices and the manipulation of data, underscoring that science is not always objective. From the use of scale by Lordy Rodriguez to the use of color and perspective by Abraham M. Atlas, students apply their observations of visual art to their own GIS models.

This course engages aspects of Latinx religious experiences, practices, and expressions in the U.S. Students examine Latinx religious traditions such as devotions to the Virgin of Guadalupe as seen in the Delilah Montoya photograph and Asco’s Walking Mural. They also consider the implications of cultural appropriation around the Day of the Dead, which Asco’s First Supper plays with. Thinking through the overtly political aspects of each of these four works, students discuss what it means to draw on religious images and practices for political purposes.

This seminar explores how our understanding of politics might change if we focus on the visual. We examine how political institutions and conflicts shape what images people see and how they make sense of them. Looking at Goya’s image of the atrocities of war, we consider the political climate that led to its posthumous printing. We also investigate how the political is visually constructed, as in Shimon Attie’s photograph of his public installation in Berlin. Attie’s ghostly projections of pre-war Jewish street life resurface political traumas and lost histories.

RLSP 308
The Subject of Empire: Race, Gender and Power in the Colonial Era, Professor Jennifer French

This class studies colonial-era literature from 1492 to 1898. Students read both Spanish accounts of conquest and Latin American texts in which authors contest the identities and the conditions imposed on them. They examine the historical negotiation of individual and collective identities within exploitative and exclusionary power structures. Comparing these two paintings–one Spanish and one Peruvian–students examine the influence of sovereign power on artistic production and some of the ways that Amerindian cultural traditions may be asserted within a colonial context. By applying methods to detect patterns in data, students attempt to make the computer function like a human brain. Students construct digital features to detect similarities and differences, even when looking at works by the same artist, such as Maurice Prendergast on the opposite wall. Using digital images of WCMA’s collection, students then use pattern-finding algorithms that cluster and classify works. By comparing original works of art with digital images, students assess what is gained and lost in the digitization process. A series of talks that dig deep into a single concept surfaced in our exhibitions.