Object Lab is a hybrid gallery-classroom that visualizes the Williams liberal arts curriculum through the museum collection. Faculty work with WCMA staff to select art that connects with course concepts. These works of art are then installed in the gallery, grouped by course. Through museum visits combined with close-looking assignments and digital projects, students engage deeply with the objects throughout the semester.

During fall 2022, students are designing programming languages to generate art, making connections with the television series Queen Sugar, composing ekphrastic poetry, and creating postcards that depict a “nowheres” of their choice.

We welcome all museum visitors to experience the diverse array of objects and to engage with the interdisciplinary ideas brought forth in this active, experimental space.

The television series Queen Sugar follows the Bordelon family through its struggles to retain its sugarcane farm in Louisiana. In this course, students explore how the show and the selections in Object Lab represent key topics of Black study: the afterlives of enslavement, plantation regimes, global sugar production, land dispossession, the carceral state, gender and sexualities, kinship, activism, and African-diasporic spiritualities. Students reflect on how Kaphar’s portrait of his father Jerome resonates with intergenerational relationships in Queen Sugar and kinship more broadly, and how McQueen’s self-portrait speaks to enslavement and incarceration.

Students in this introductory course consider works of art as physical objects not only to be viewed and contemplated but also to be worshiped, exhibited, bought, sold, held, and lived in. Ames’s bust of Lincoln is the focal point for the section on exploring the human subject. She carved this marble bust and at least four others during Lincoln’s lifetime, one of which resides in the United States Senate. Students study the sculpture closely from all angles and think about her stylistic choices in portraying him. They contrast the work with the Neo-Assyrian bas-reliefs and the St. Anthony Abbott painting upstairs.

Students learn what architecture means as concept, space, and practice, thinking critically about how it affects humans’ experience of the world. Every week they look at a selection in Object Lab and other galleries, noting visual elements such as size, scale, and materials, and then respond to a specific prompt. For example, Attie’s photograph documents a public installation in which he projected ghostly images of pre-war Jewish street life onto present-day locations in Berlin. Students consider how Attie uses space as a historical document and what stories he is trying to tell using architecture.

Taking a thematic approach that begins with African American artists in the 1950s and expands to Caribbean, Black British, and African artists from the 1960s onward, students investigate the multiple meanings of blackness in abstraction. They learn about practices that challenged narrow notions of “black art” while also questioning aesthetic universality in art. “Black is the most aristocratic color of all,” said Nevelson, “Because black encompasses all colors.” Ligon embraces this approach to question the legibility of black identities. While Drew plays with texture and materiality in the use of the color black, modernists such as Gilliam found in abstraction the freedom to experiment with color and form.

Art is a combination of technique and aesthetics, as is building a programming language–a distinct vocabulary and set of rules used to communicate with a computer and to achieve a result. Students learn to use nuanced, precise words to describe something and to combine those words. They practice this careful description by writing about the elements they observe in the art here, including shape, color, size, and texture. For the final project, each student designs a programming language capable of generating artwork in the style of the artist they selected from Object Lab.

Using an interdisciplinary approach, students map the relationship between feminist politics and the feminist poetry movement beginning in the 1960s, and make connections in Object Lab between politics, poetry, and visual art. Students think about why Weems incorporates a found image, her own text, and a self-portrait on this canvas, and how the work connects with the larger installation, The Hampton Project. They unpack Heinecken’s combination of advertisements from opposite sides of the same magazine page as a critique of social values. Each student then composes their own ekphrastic poem inspired by a selection here.

Working with a broad selection of Latinx writers and artists, this course explores distinctive approaches to depicting religious themes from the Bible and other scriptures. Studying these four works, students consider what it means to be religious and Latinx, how Latinx peoples read and visually represent their scriptures, and how such depictions promote or deter understanding of Latinidad in the United States. Students discuss how Asco’s Stations of the Cross performance, documented in Rosen’s two photographs here, both appropriates Biblical imagery of Christ bearing the cross and relates to political protest of the Vietnam War.

This course looks critically at the world map and questions why some contemporary nations do not appear on it. By interrogating “nowheres,” students tease out what it means to be a country and pinpoint when and why its definitions do not apply uniformly. The Amos and Rodriguez prints help students recognize their own assumptions about mapping, borders, and visual representations of places. The ephemerality in the Bravo photograph here and in the Attie photograph on view for Art History 106 give them inspiration for their own depiction of a “nowhere.” 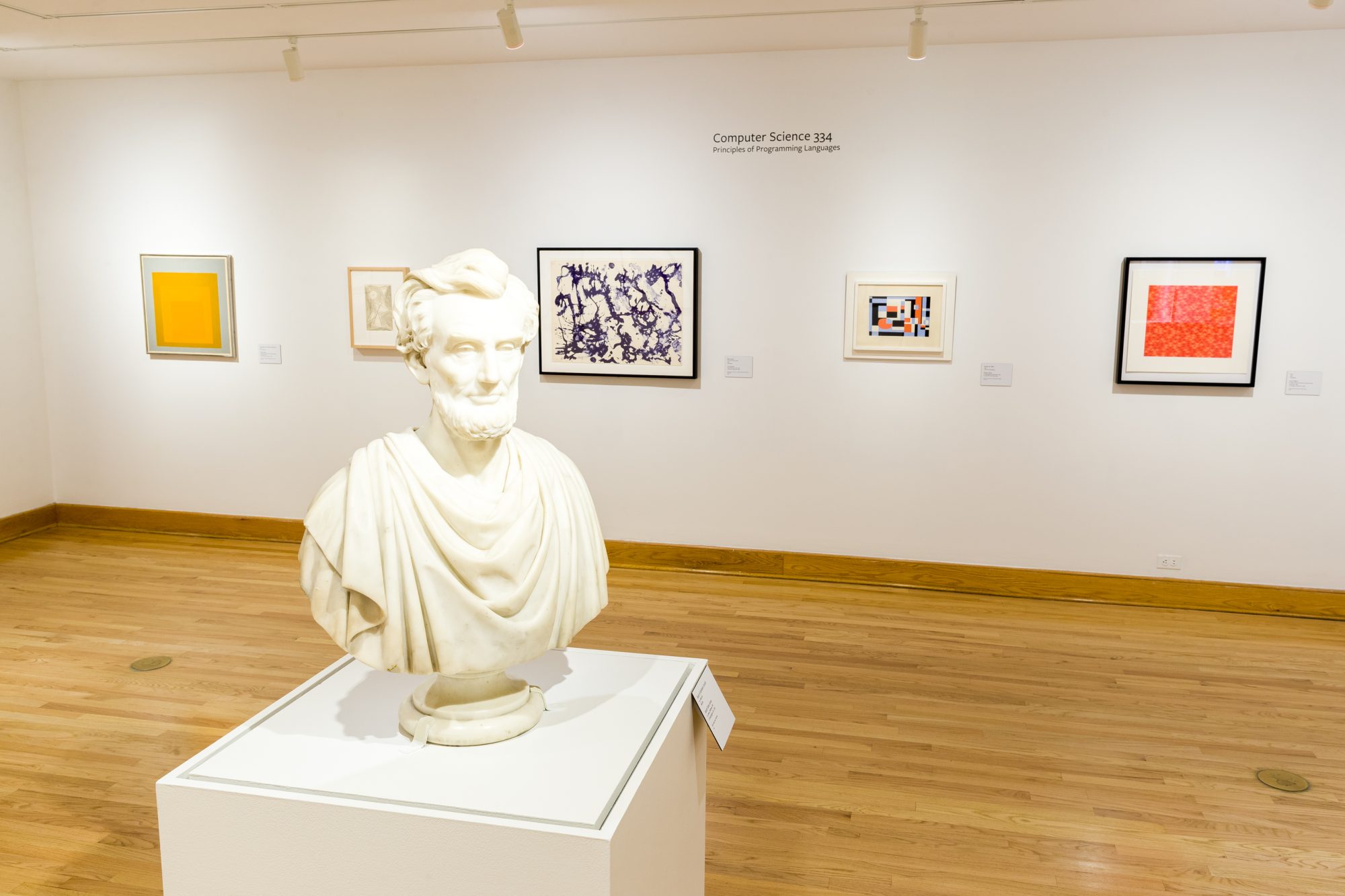 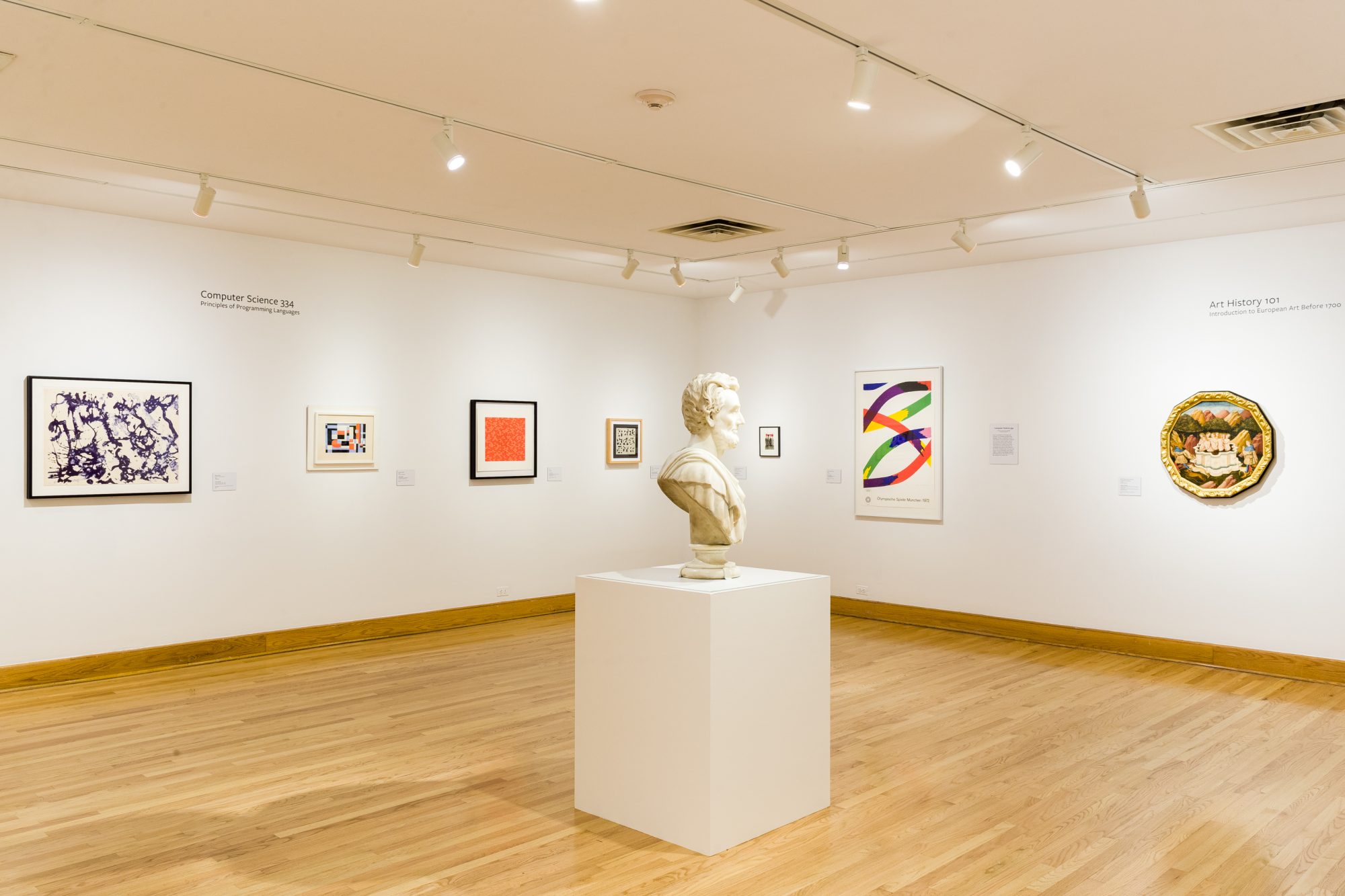 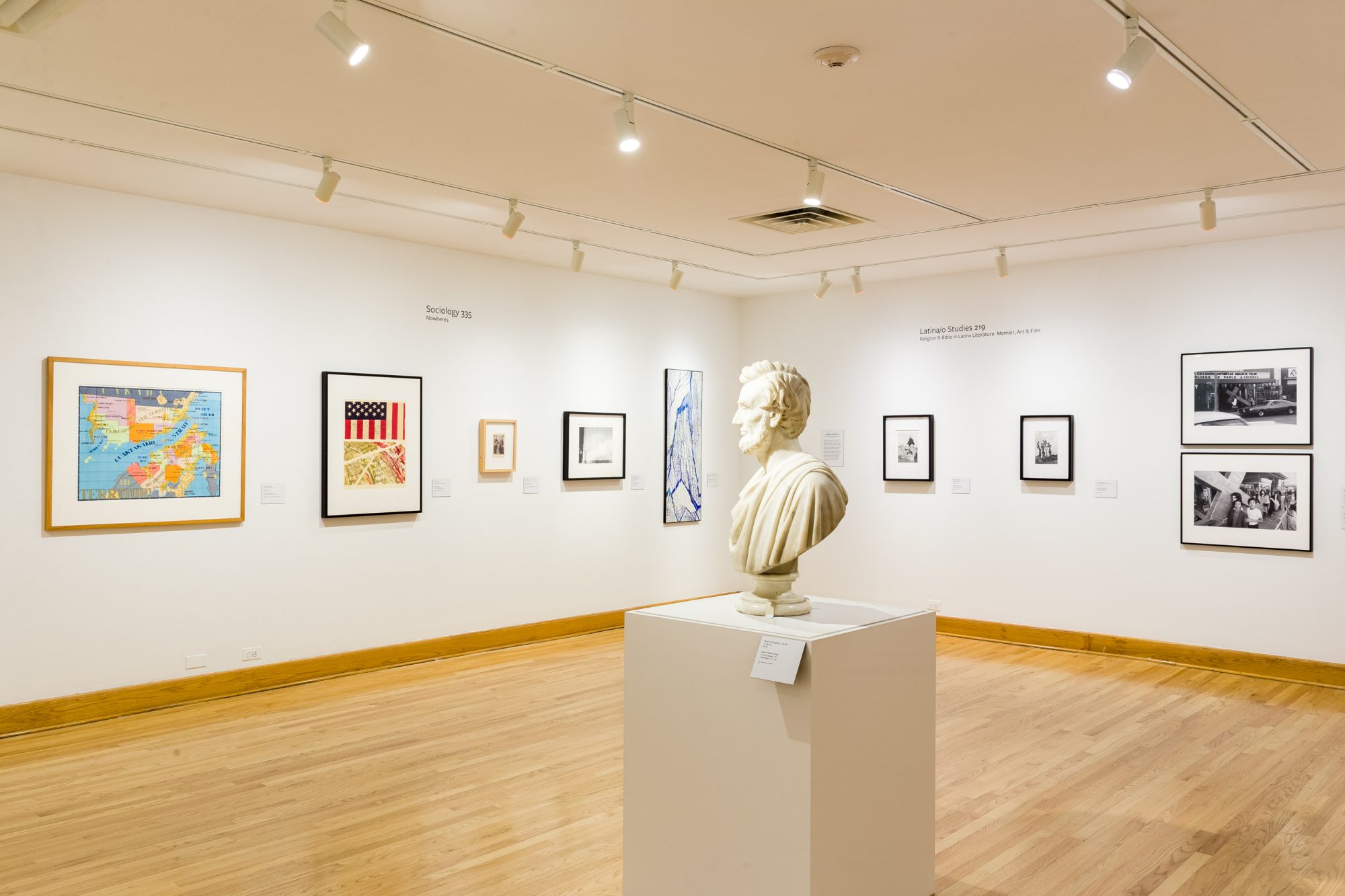 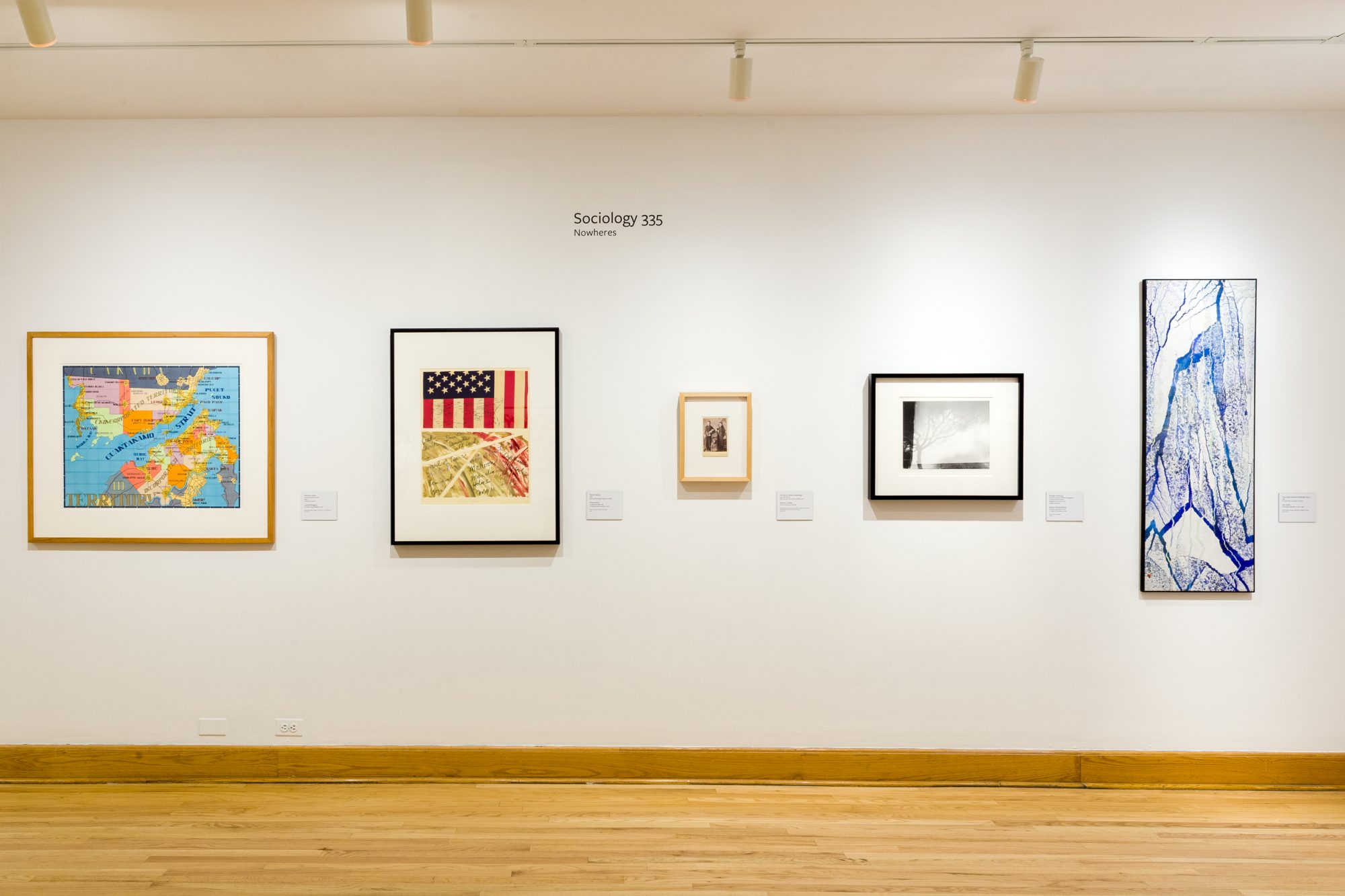 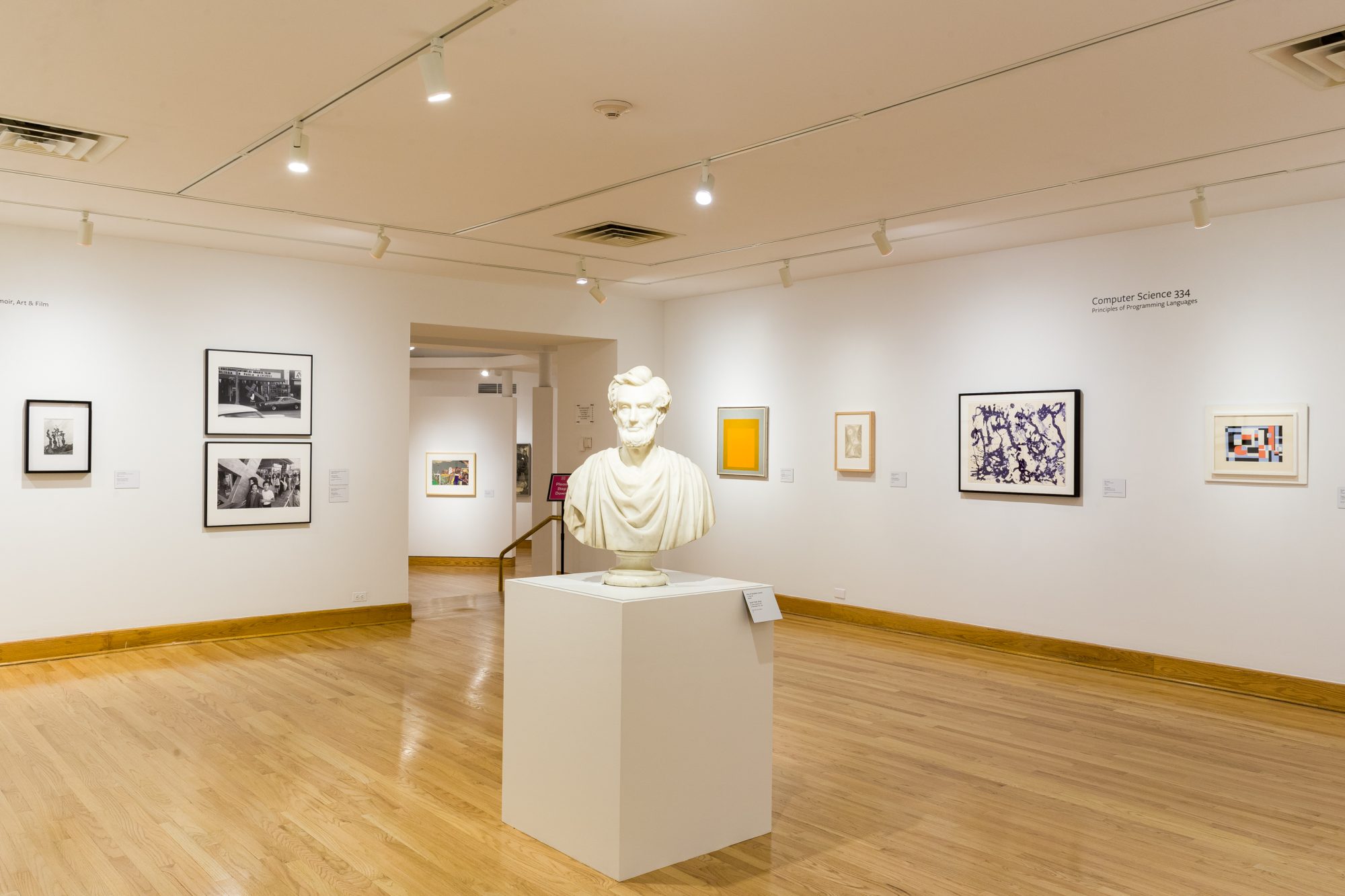 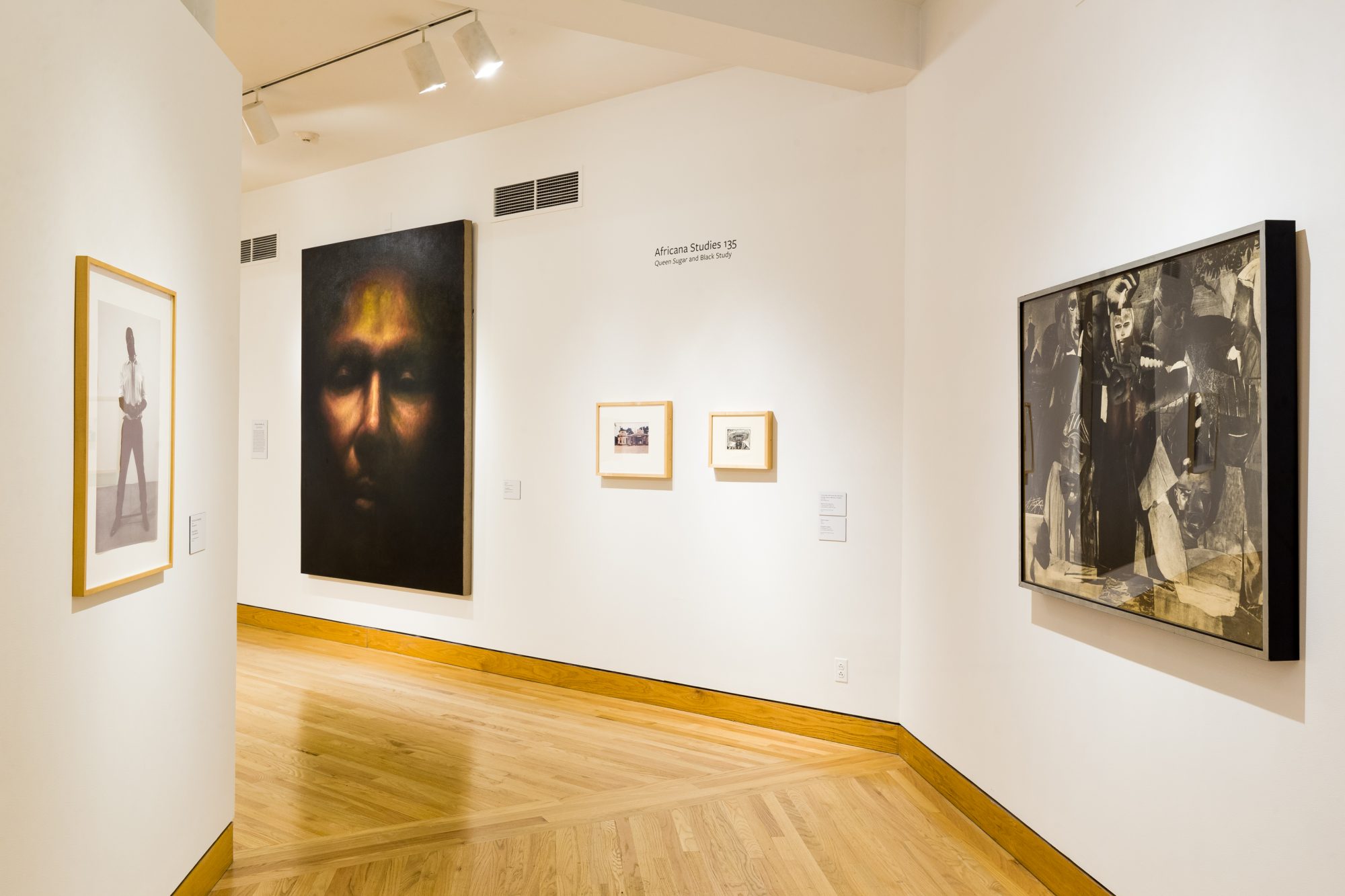 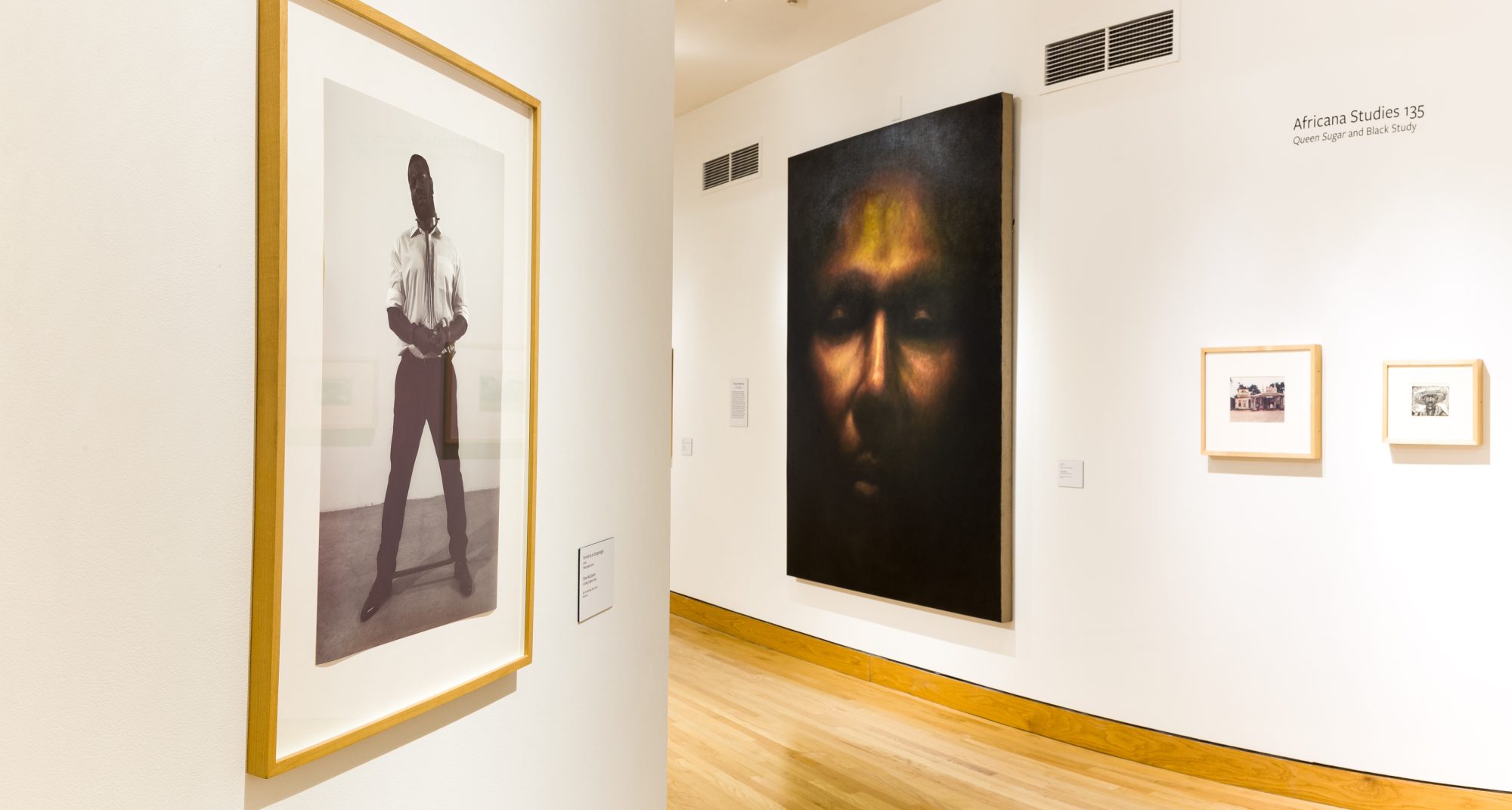 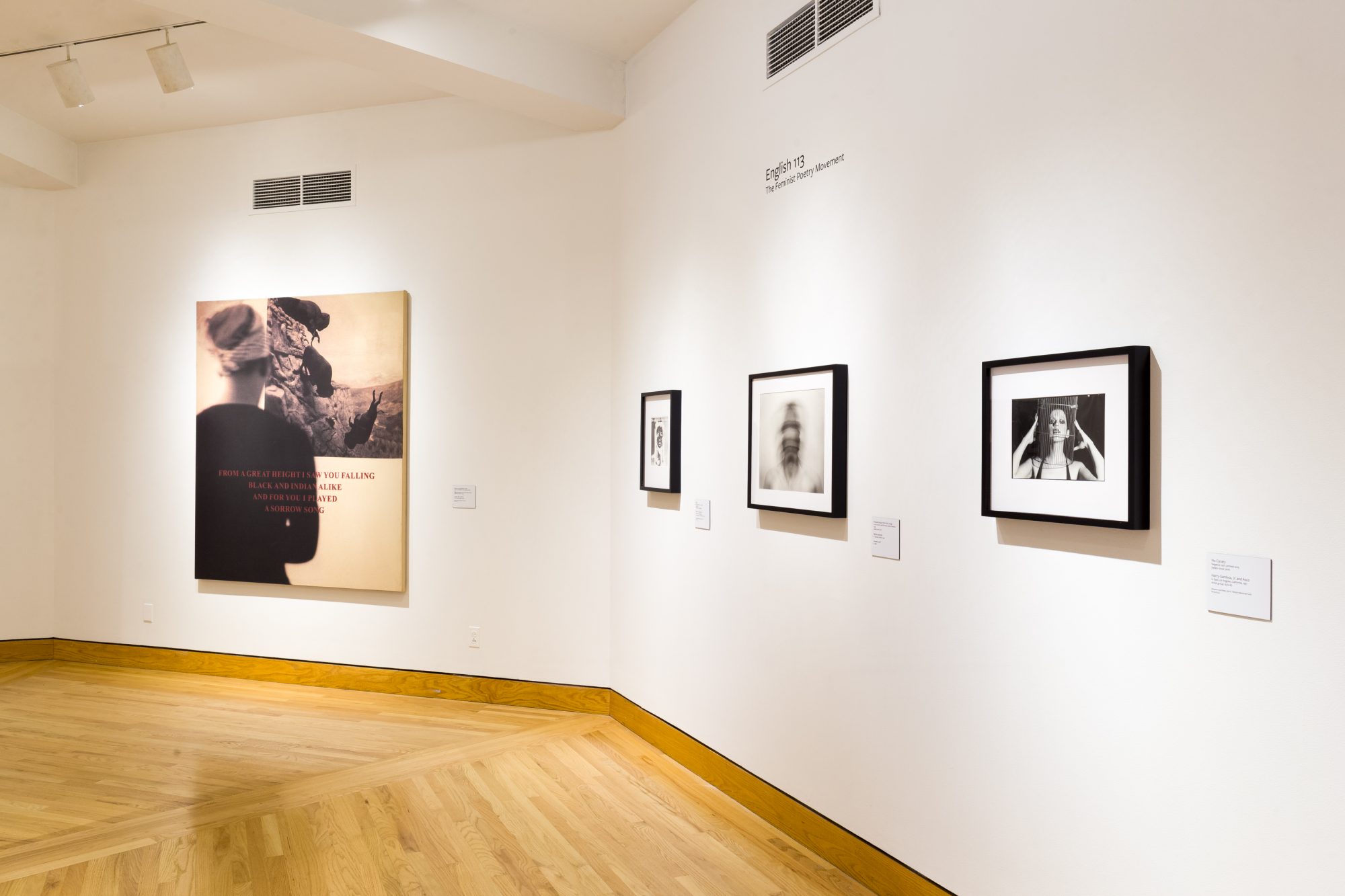 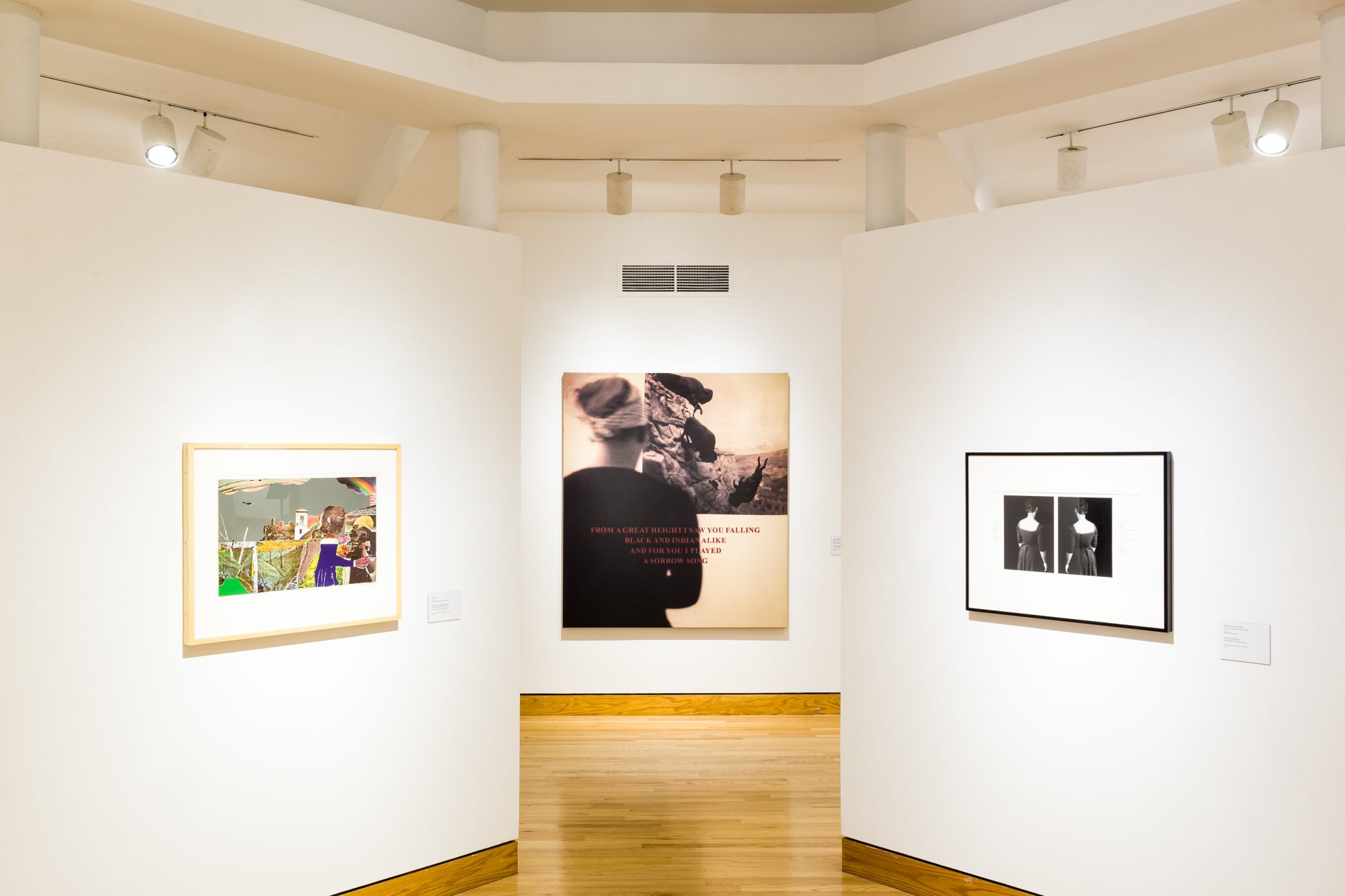 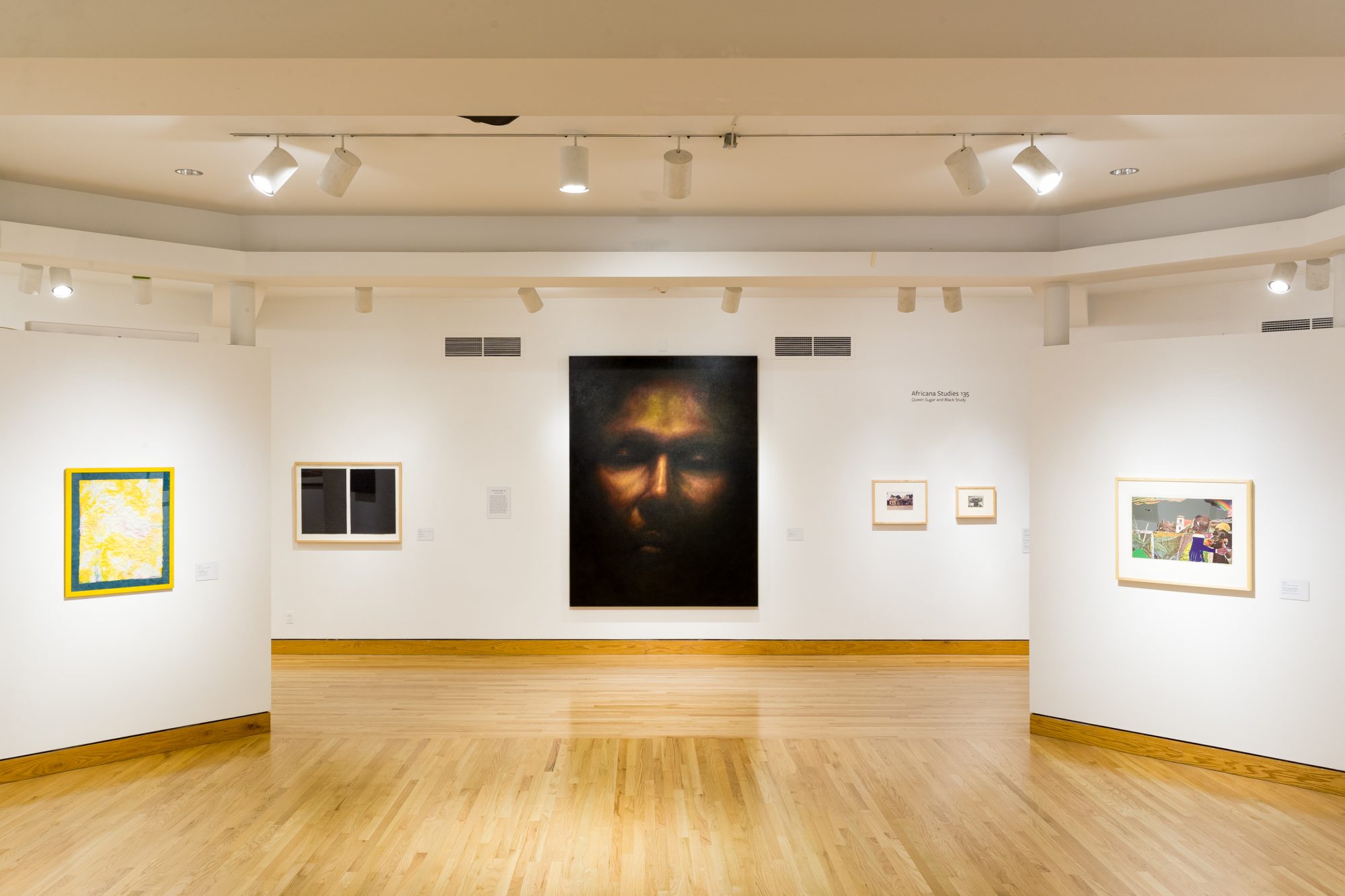