Mergers and Acquisitions: The Gift of Sigmund R. Balka, Class of 1956, and the Permanent Collection

This exhibition features 26 works from the collection of Sigmund R. Balka, Class of 1956 and the Balka Family Collection and 10 works from WCMA’s permanent collection, including works on paper that range from 17th century Holland to contemporary New York by artists ranging from Rembrandt (Dutch, 1606-1669), J. Alden Weir (American, 1852-1919), Fernand Leger (French, 1881-1955), and Jean Arp (German-French, 1886-1966) to Ellsworth Kelly (American, 1923-2015) and Jim Dine (American, b. 1935). This exhibition celebrates the promise of Mr. Balka and his wife Elinor to donate over 200 works of art to the Williams College Museum of Art and reflects on the important role private collectors can have on the development of a teaching museum. Since Mr. Balka was building his collection with an eye toward donating objects to a teaching museum, he assembled works particularly significant for their teaching value. Among the treasures of the Spruance group, for example, are multiple versions of the same print, some reworked by the artist in between impressions. 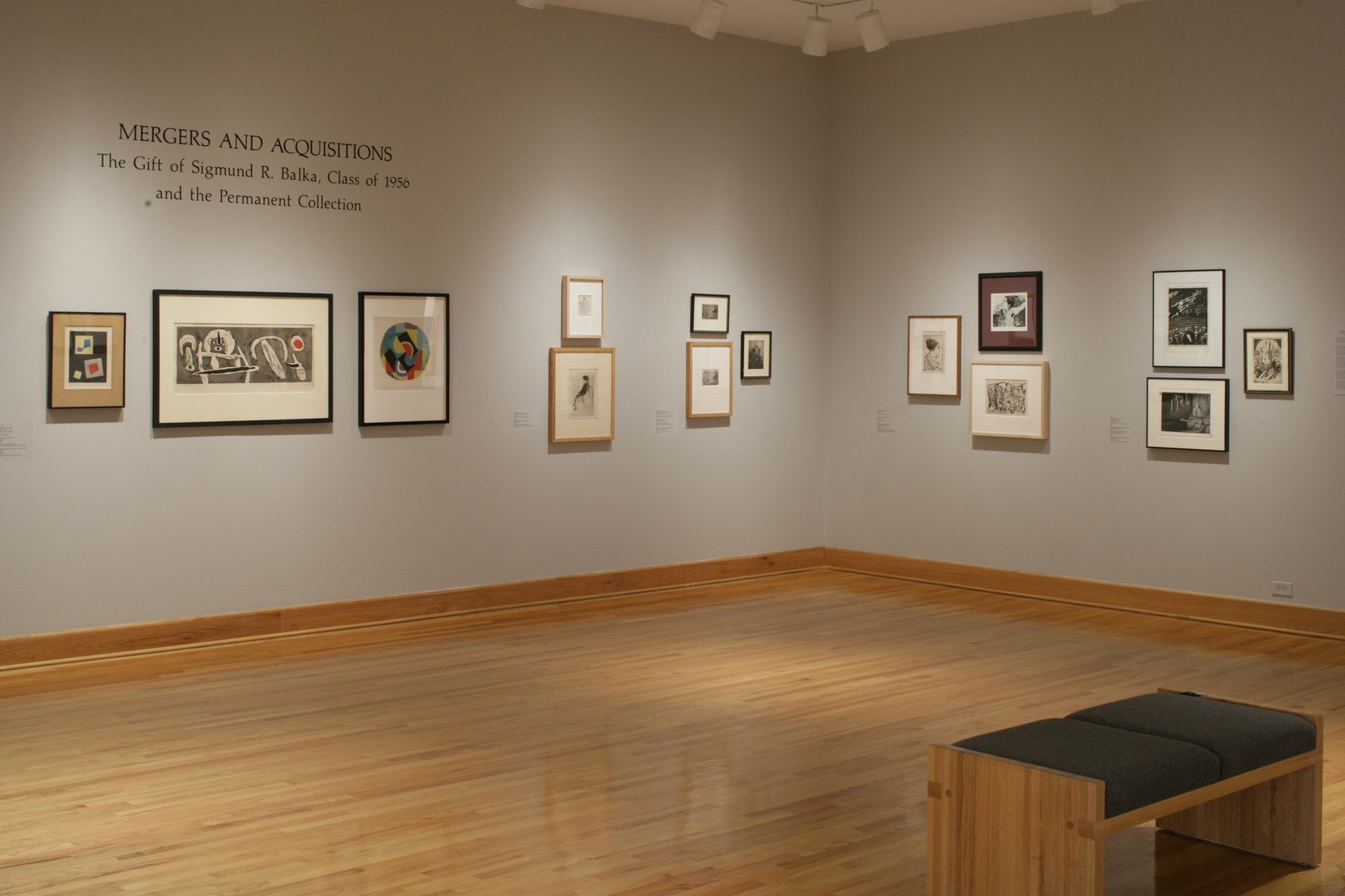 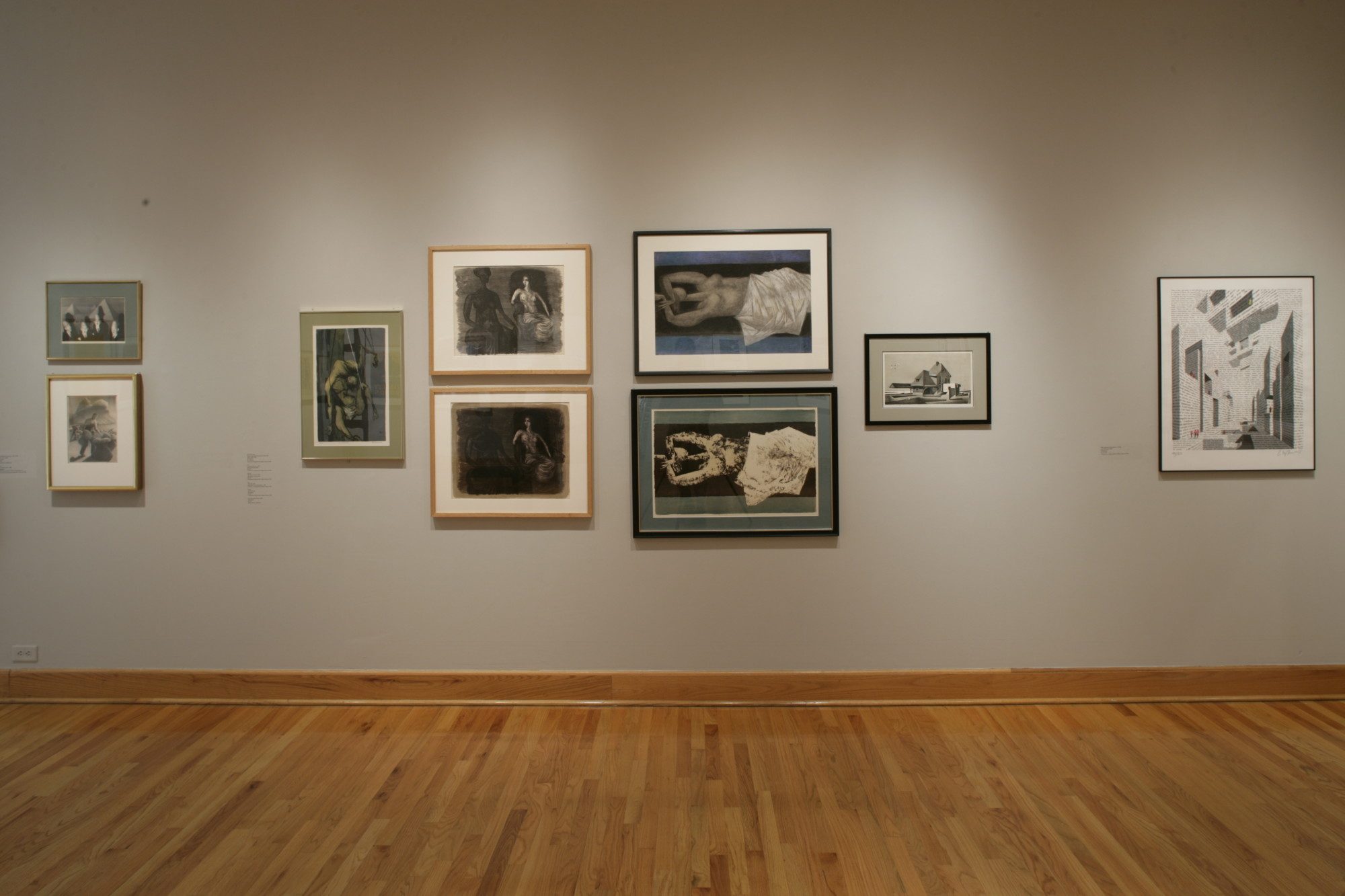 Sigmund Balka graduated from Williams in 1956 and went on to receive his J.D. from Harvard Law School. Mr. Balka considers art to be a lifelong focus complementing his professional, community, and environmental passions. “Collecting art, curating exhibitions, and serving on museum boards,” says Balka, “is for me as natural as breathing. In this past century of holocaust and destruction it is my link with man’s creative spirit, which in the end must prevail or we will extinguish ourselves. ”

Mr. Balka has been associated with Krasdale Foods, White Plains, NY since 1980—he is currently Vice President, Public and Cultural Affairs and General Counsel. Krasdale Foods is sponsor of the Krasdale Galleries, established in 1986, in White Plains and New York City. The Galleries are home to exhibitions that feature modern and contemporary art in all media by artists from all over the world. Mr. Balka is the Director and Chief Operating Officer of the Krasdale Galleries and has curated over 100 exhibitions in that capacity.

Mr. Balka chairs the Exhibitions and Acquisitions Committee of the board of trustees of the Queens Museum of Art, serves on the Advisory Council for Visual Arts at Rutgers University, Mason Gross School of the Arts, Center for Innovative Print and Paper. He also has served on the board of directors of the Bronx Council on the Arts, as well as having chaired the Hunts Point Sculpture Park Task Force. He serves currently as President of the Print Connoisseurs Society of New York and on the boards of the Judaic Museum, the Longwood Arts Project, and the Museum of Ceramics of New York. At WCMA, Mr. Balka has been Chairman of the WCMA Fellows Council and was a member of the Visiting Committee from 1996 to 1999. He is currently a WCMA Fellow and Vice President of the Williams College Class of 1956. He has been the board Chairman of the Jewish Repertory Theater of New York for many years. Mr. Balka’s professional legal associations are also numerous and include the American Bar Association and the American Corporate Counsel Association. He has also played a major role in promoting pro-bono activities among corporate attorneys.