Making It New: The Art and Style of Sara and Gerald Murphy

Sara and Gerald Murphy are best remembered as the captivating American ‘expats’ who inspired F. Scott Fitzgerald (American, 1896-1940)’s Tender Is the Night. Making It New explores how the Murphys’ legendary style—modern in its apparent simplicity and freedom from stifling social regimentation—was a touchstone for the artists and writers of the Lost Generation. The exhibition features the Murphys’ artist friends F. Scott Fitzgerald, Pablo Picasso, Cole Porter, Ernest Hemingway, Serge Diaghilev, and Jean Cocteau, who encoded the ethos of the Murphy’s lives into progressive 20th-century art, literature, music, and taste.

Besides serving as an inspiration to other artists, Gerald Murphy(American, 1888-1964) was himself a painter, one who created extraordinarily original paintings of machines and consumer products that were widely acclaimed by Parisian critics. The exhibition places his boldly colored and meticulously rendered oil paintings alongside works by major artists of the day and a broad spectrum of never-before-exhibited objects and archival materials, including personal letters and documentaries on the Murphys’ life. 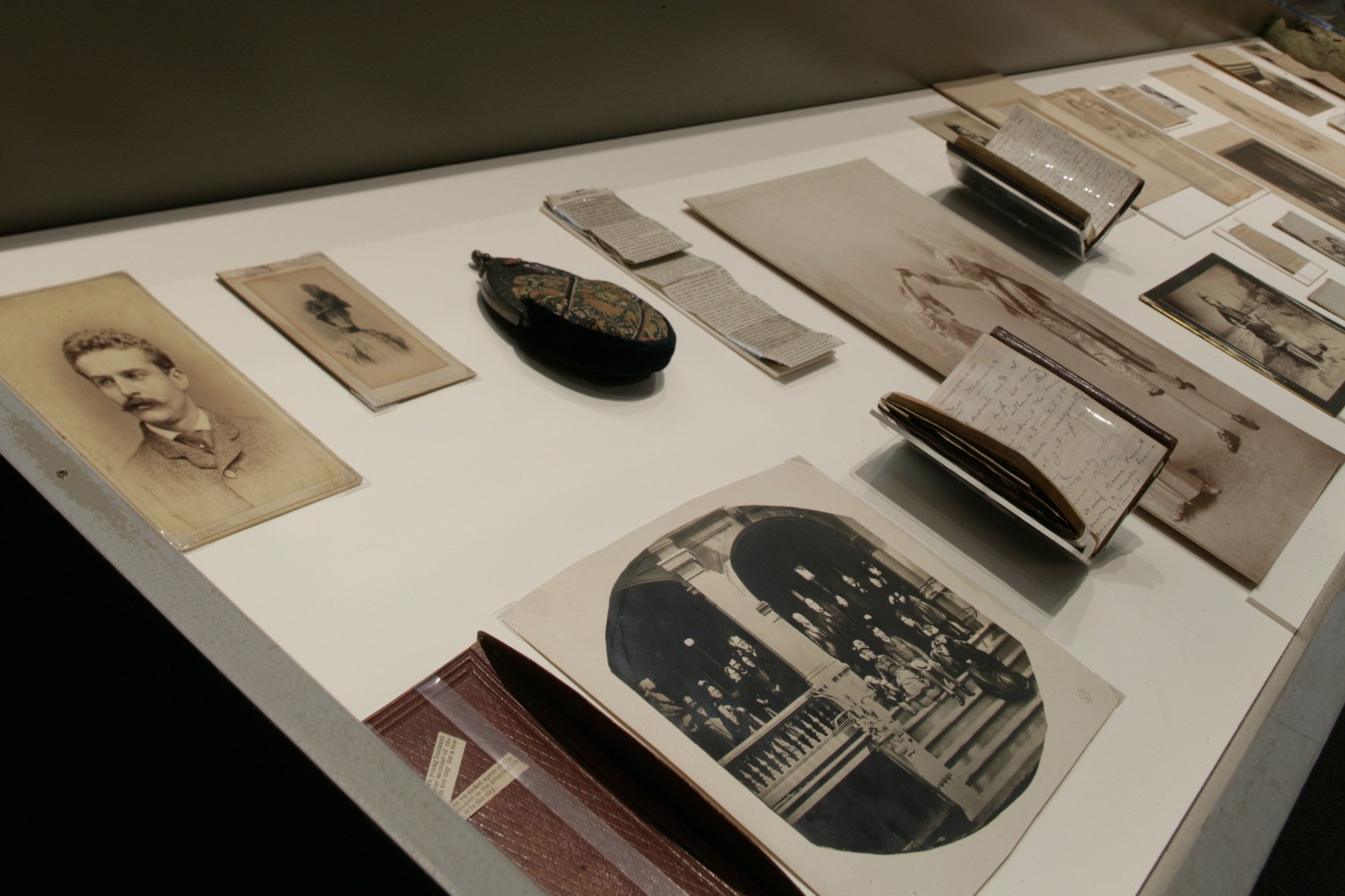 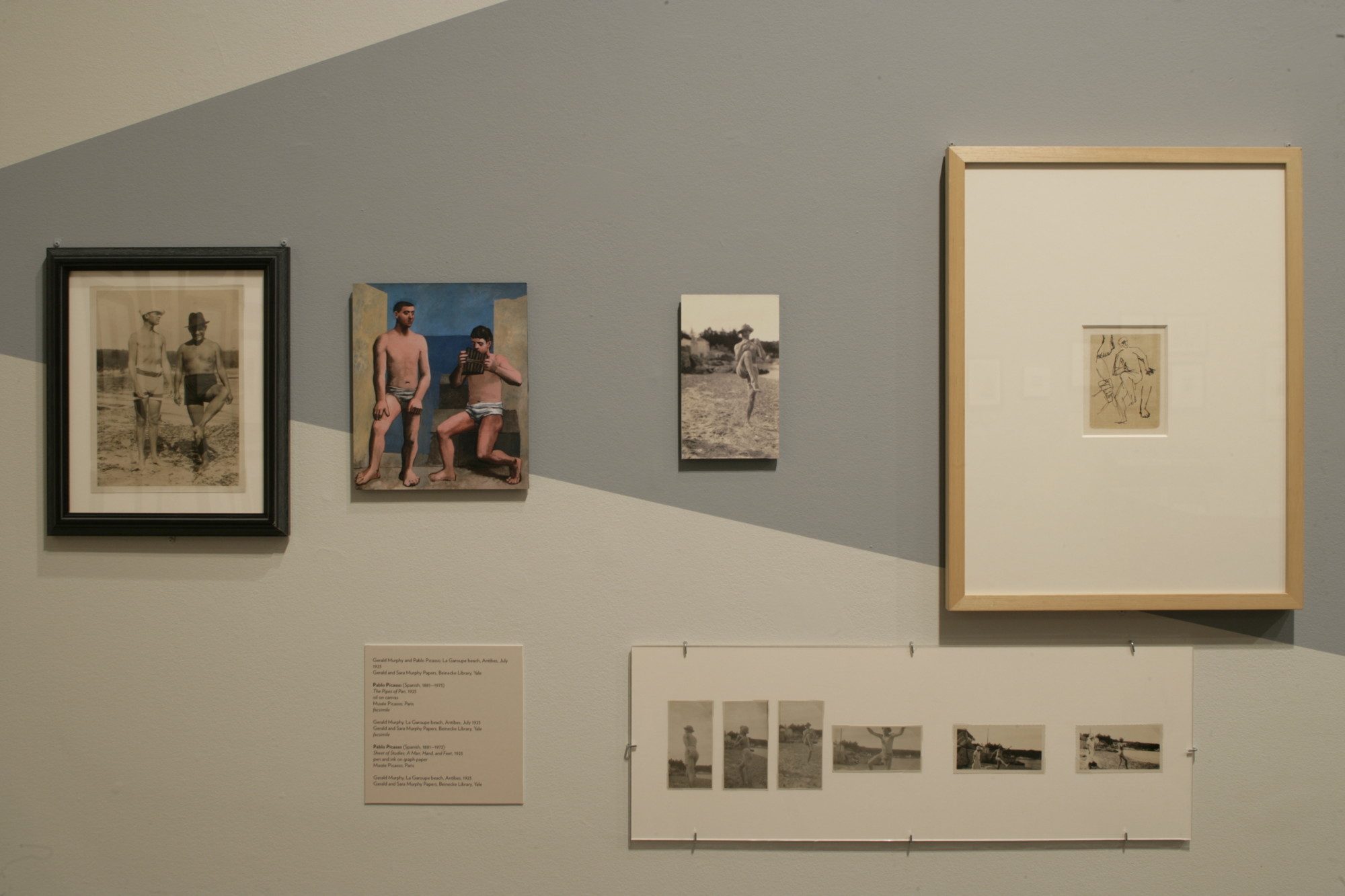 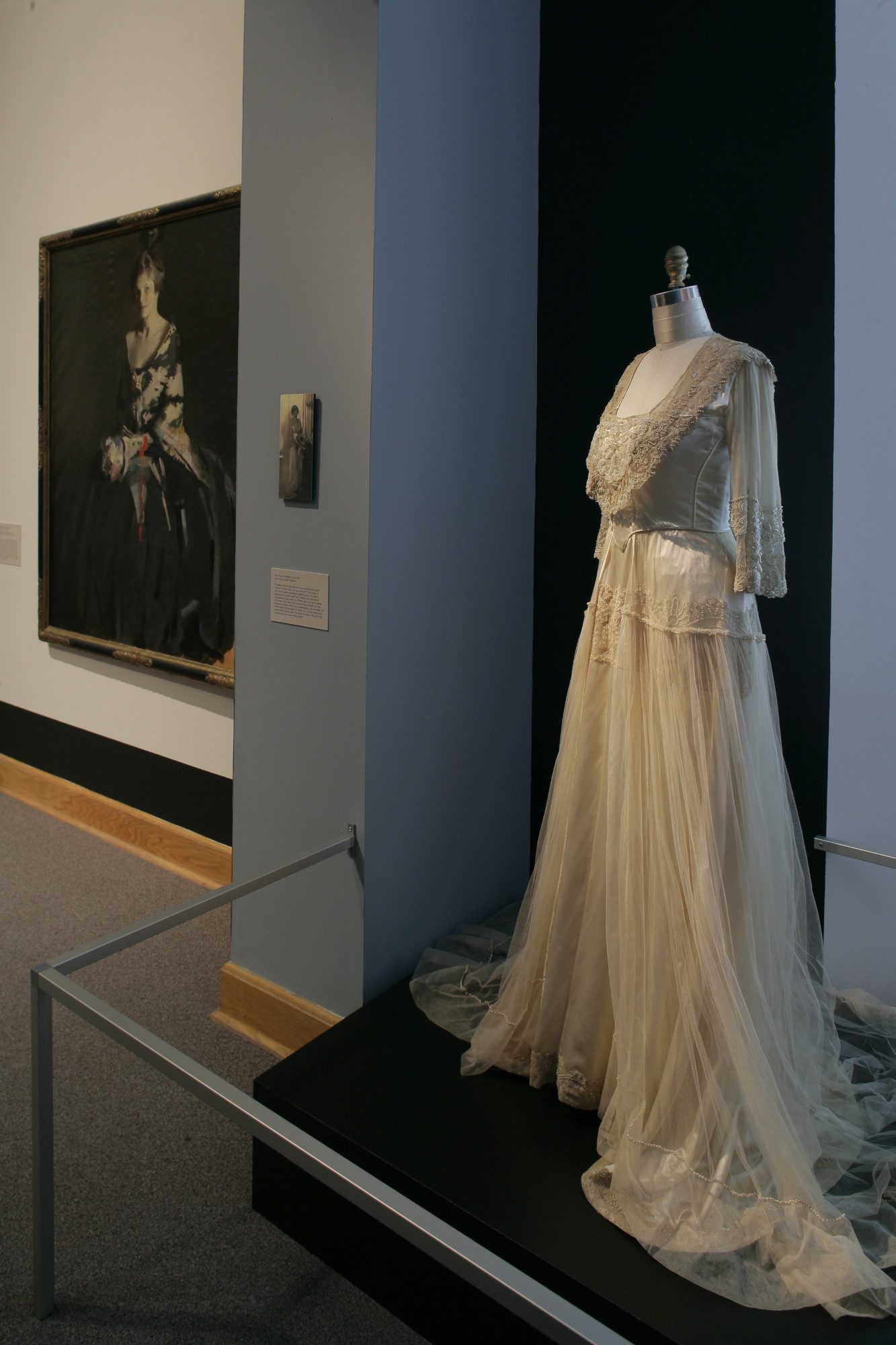 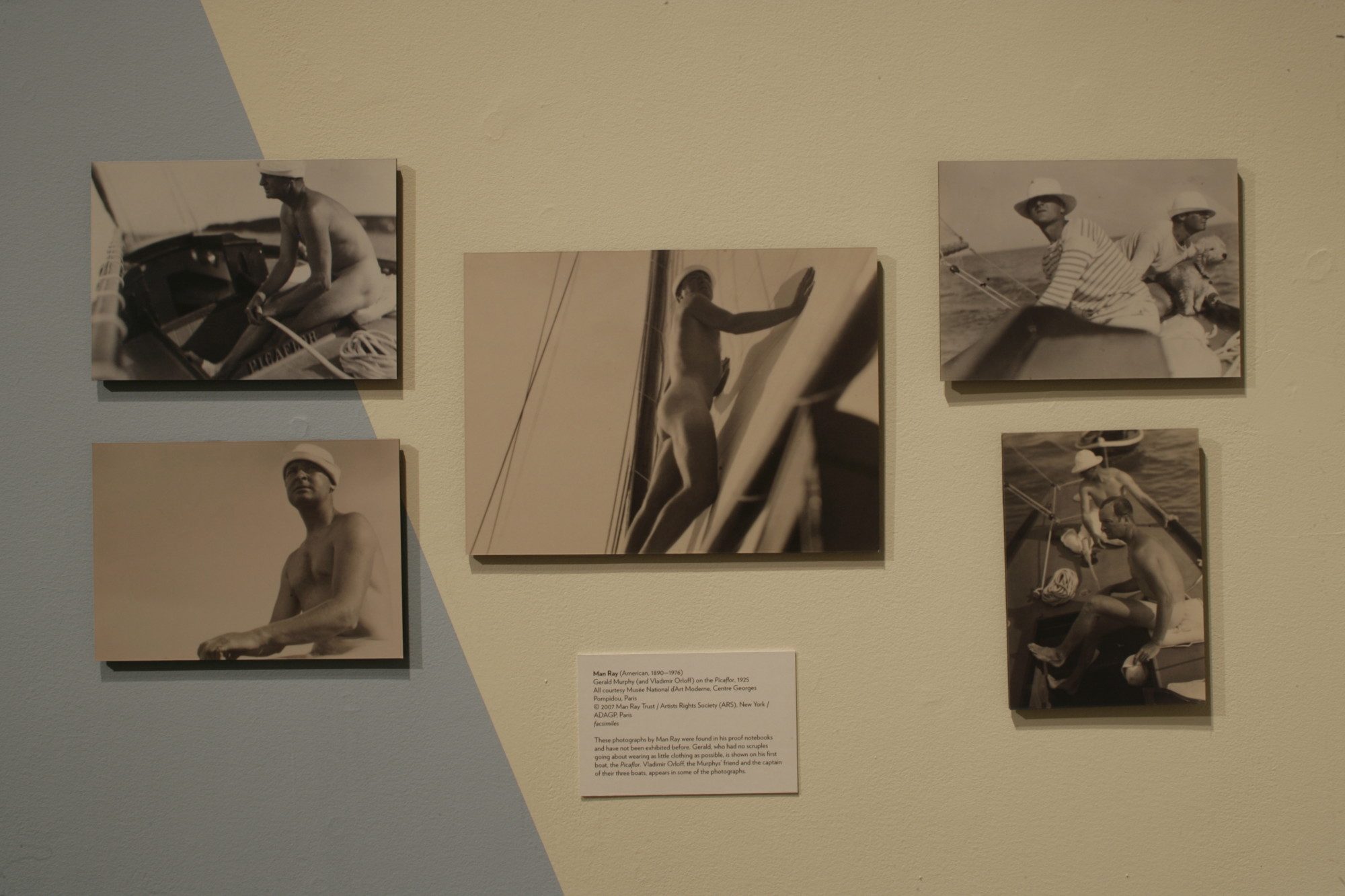 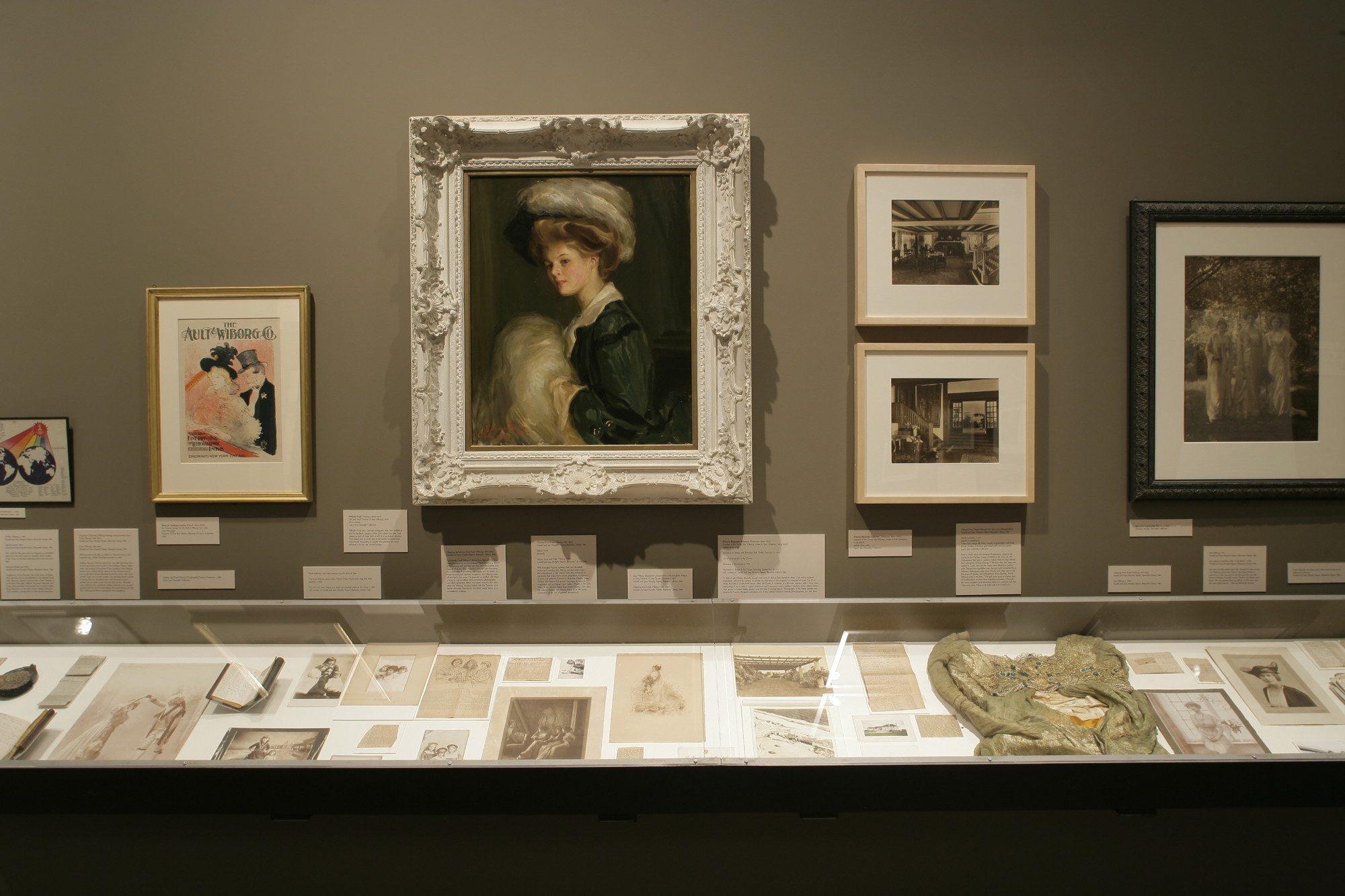 Sara (1883–1975) and Gerald (1888–1964) Murphy moved to France in 1921 with their three young children to carve out a life free from the strictures imposed by their wealthy New York families. They improvised their own brand of unconventional modernism that fostered creativity and intellectual freedom, epitomizing the modern American to both their countrymen and those they encountered abroad. Calvin Tomkins in his 1971 book about the Murphys, Living Well Is the Best Revenge, wrote: “Those closest to the Murphys found it almost impossible to describe the special quality of their life, or the charm it had for their friends…They were utterly captivating.”

“Self-invention became a way of life for Gerald Murphy—something that he raised to an art form. The creation extended to the constructed perfection of family, homes, dress, ways of entertaining, and being in the world,” says Dr. Rothschild.

She continues, “The Murphys’ status as progressive moderns was tied to the elegant simplicity with which they lived but also to their American-ness and their role as transcontinental intermediaries, who moved back and forth across the Atlantic bringing the latest ideas and products from one culture to another. In one way, I hope this exhibition contributes to the understanding of how the Euro-American dialogue helped spawn 20th-century modernism.”

The Murphys astonished many with an ultra-modern pared-down style. In their Paris apartment, wood floors were painted black, walls stark white, and the only “art” on view was an actual steel ball bearing—the largest made—mounted to rotate on a black pedestal set atop an ebony piano.

By settling down in Villa America, their home in the Cap d’Antibes, a beachhead in the south of France, the Murphys invented the idea of year-round living in the Riviera: before their arrival, there was no summer season, no summer days at the beach. Gerald’s resort wear inspired Coco Chanel, and Sara’s habit of sunbathing with pearls draped down her bare back inspired imitators on both sides of the Atlantic.

Small and unpretentious, Villa America featured American innovations unheard of in Europe at the time, like screen doors and stainless steel bathroom fixtures. Le Corbusier praised the Murphys’ imaginative renovation of the house, particularly the new flat roof that served as a sun deck. The interior was decorated with black floors, zebra rugs, lots of mirrors, and big glass bowls filled with flowers. In 1930 Léger created a large double-sided screen for the Villa that marked a change for him from geometric/mechanical to biomorphic/celestial imagery. Entitled Large Comet Tails on Black Background, the screen is featured in the exhibition.

“Making It New offers both a lesson in how sociability can foster creativity and an antidote to the ongoing romantic narrative of the isolated genius.” says Lisa Corrin. “As a museum that encourages a multi-disciplinary approach to learning, WCMA is proud to make this timely contribution to cultural studies.”

Making It New has been made possible in part by the National Endowment for the Humanities: great ideas brought to life; the Terra Foundation for American Art; the Getty Foundation; and the Dedalus Foundation, Inc.

Any views, finding, conclusions, or recommendations expressed in this exhibition do not necessarily represent those of the National Endowment for the Humanities.

After its showing at the Williams College Museum of Art, Making It New: The Art and Style of Sara and Gerald Murphy travels to the Yale University Art Gallery (February 26–May 4, 2008) and the Dallas Museum of Art (June 8–September 14, 2008).

PDF
Press Release
↪ Link
The Magical Murphys
↪ Link
Tender Is a Toast to Avatars of the Lost Genera...
↪ Link
Revisiting a fabled couple's passions and paint...