Images Cinema and the Williams College Museum of Art, in tandem with the exhibition "Repro Japan: Technologies of Popular Visual Culture," are hosting three free screenings of Japanese anime films throughout the run of the exhibition. The second in the series is the the award-winning 2015 film "Miss Hokusai," which will screen Monday, January 10, at 7:30 p.m. 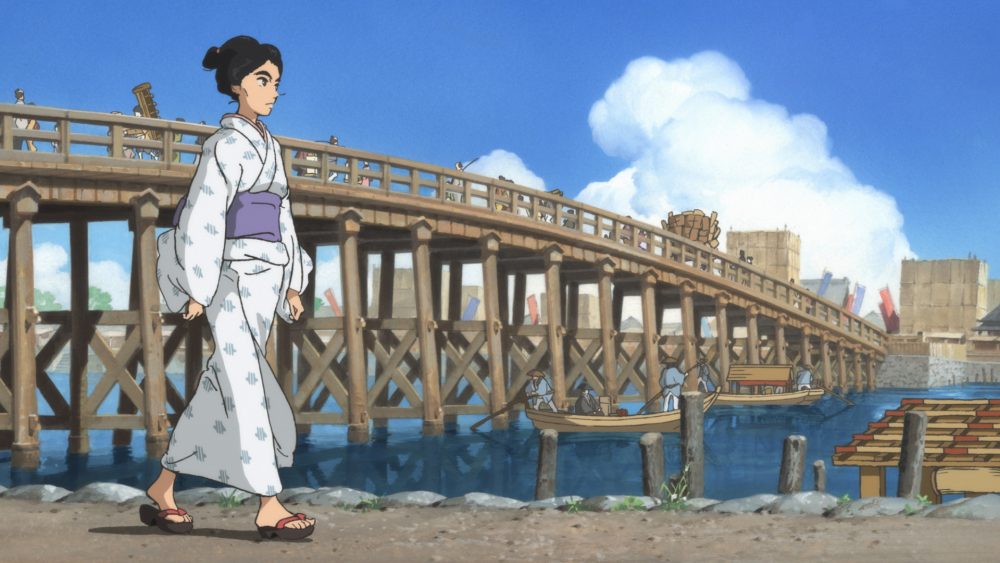 From award-winning director Keiichi Hara (Colorful) and Japanese powerhouse Production I.G (creators of Ghost in the Shell) comes a remarkable story of the daughter behind one of history’s most famous artists.

As all of Edo flocks to see the work of the revered painter Hokusai, his daughter O-Ei toils diligently inside his studio. Her masterful portraits, dragons and erotic sketches—sold under the name of her father—are coveted by upper crust Lords and journeyman print makers alike. Shy and reserved in public, in the studio O-Ei is as brash and uninhibited as her father, smoking a pipe while sketching drawings that would make contemporary Japanese ladies blush. But despite this fiercely independent spirit, O-Ei struggles under the domineering influence of her father and is ridiculed for lacking the life experience that she is attempting to portray in her art. Miss Hokusai’s bustling Edo (present day Tokyo) is filled with yokai spirits, dragons, and conniving tradesmen, while O-Ei’s relationships with her demanding father and blind younger sister provide a powerful emotional underpinning to this sumptuously-animated coming-of-age tale.

The Anime and Art Film Series will conclude with a screening on February 21 (film TBD). All screenings are free and open to the public and admission is first-come-first serve. Repro Japan is on view at the Williams College Museum of Art through March 19, 2022.

Please note: Images Cinema requires proof of vaccination as well as masking. Also, the overall capacity of Images has been reduced by half in order to allow for social distancing within the theater. Currently, a maximum of 75 tickets can be distributed for any show. For complete information, visit the Images website.