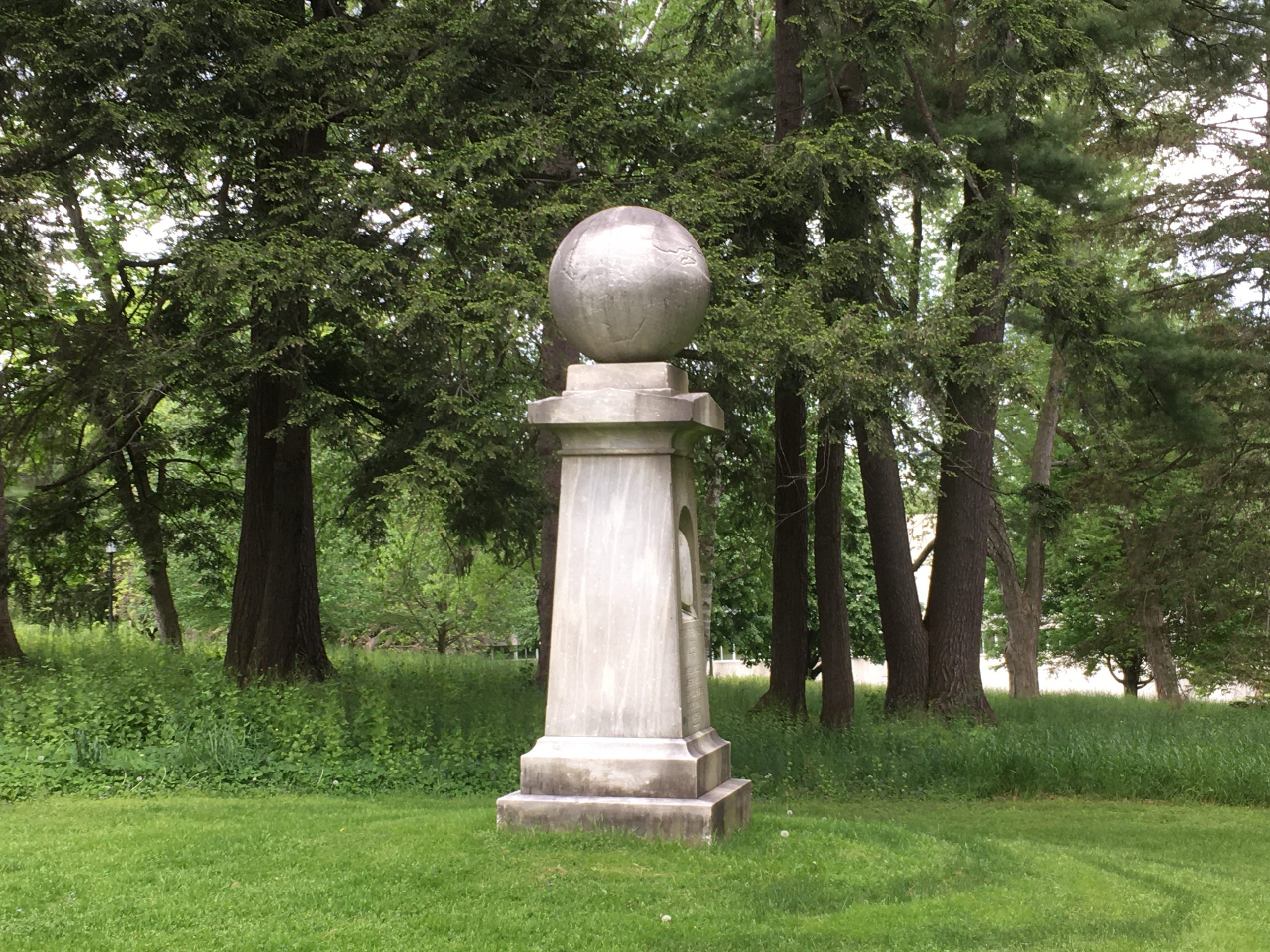 The Haystack Monument commemorates the decision of five Williams students to become Christian missionaries while taking shelter during a storm under a haystack. They would go on to found the American missionary movement. The monument reads, “The Field is the World” and is topped by a globe, along with a representation of the haystack and the names of the missionaries.