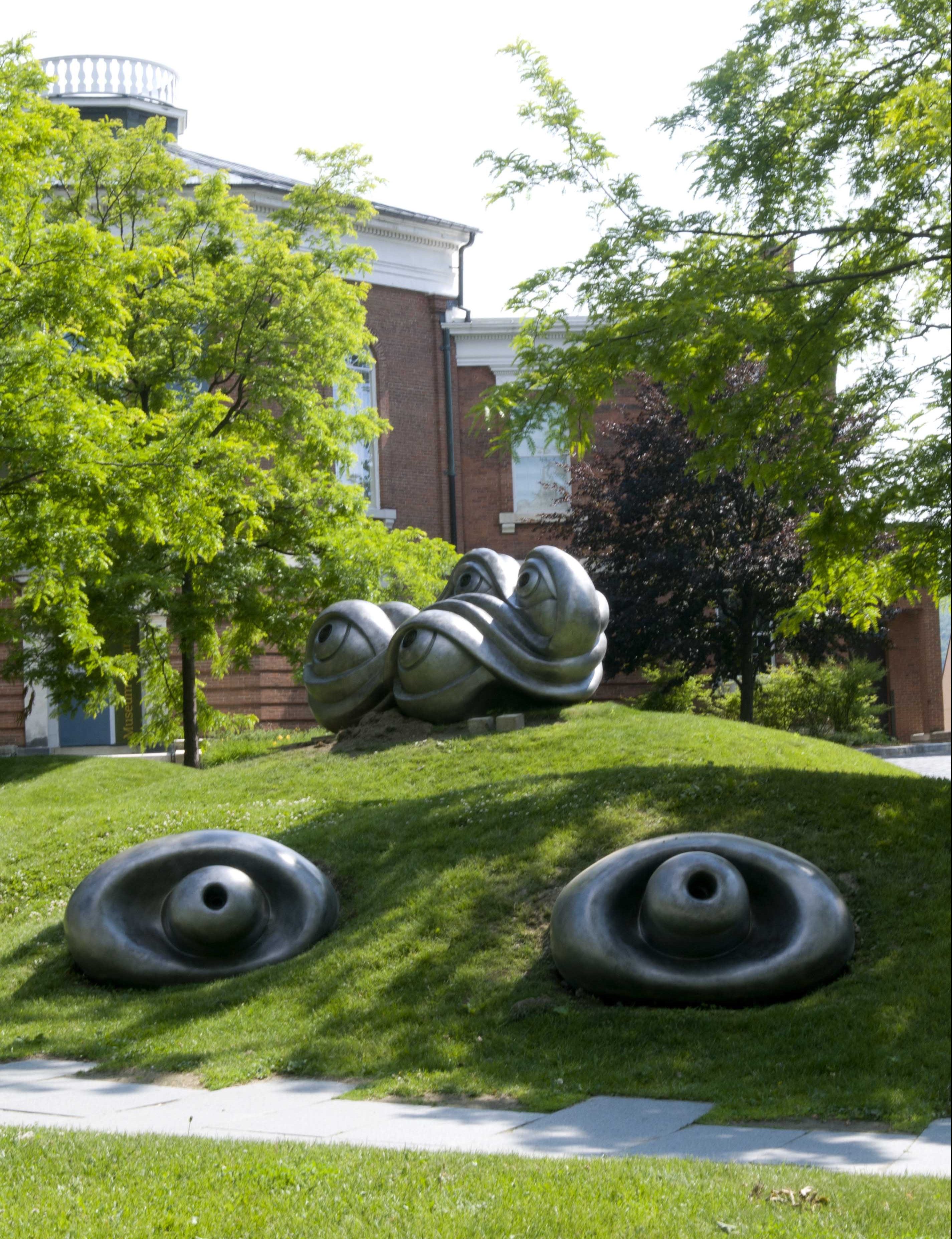 The sculptural complex consists of four pairs of eyes and one monumental eye cluster ranging in height from three to seven feet, with some doubling as benches. In turn threatening and charming, Louise Bourgeois’s forms embody dichotomies of male and female, projection and recession, passivity and aggression. At night, colored beams of light emanate from some of the pupils, calling attention to the sculptures’ presence, even in the dark. Always interested in how sculpture relates to environment, Bourgeois worked closely with landscape architects and planners to design the earthen mounds into which the sculptures are nestled and which reflect the shape of the surrounding Berkshire mountains. A common motif in her work, eyes, for Bourgeois, were metaphors for the truth, and as she once said “eyes relate to seduction, flirtation, and voyeurism.”

Commissioned on the occasion of the 75th anniversary of the Williams College Museum of Art with funds from the Museum Fellows, friends, and museum endowments. Wachenheim Family Courtyard given by Edgar Wachenheim III, Class of 1959, and Chris Wachenheim, Class of 1994. M.2001.14.