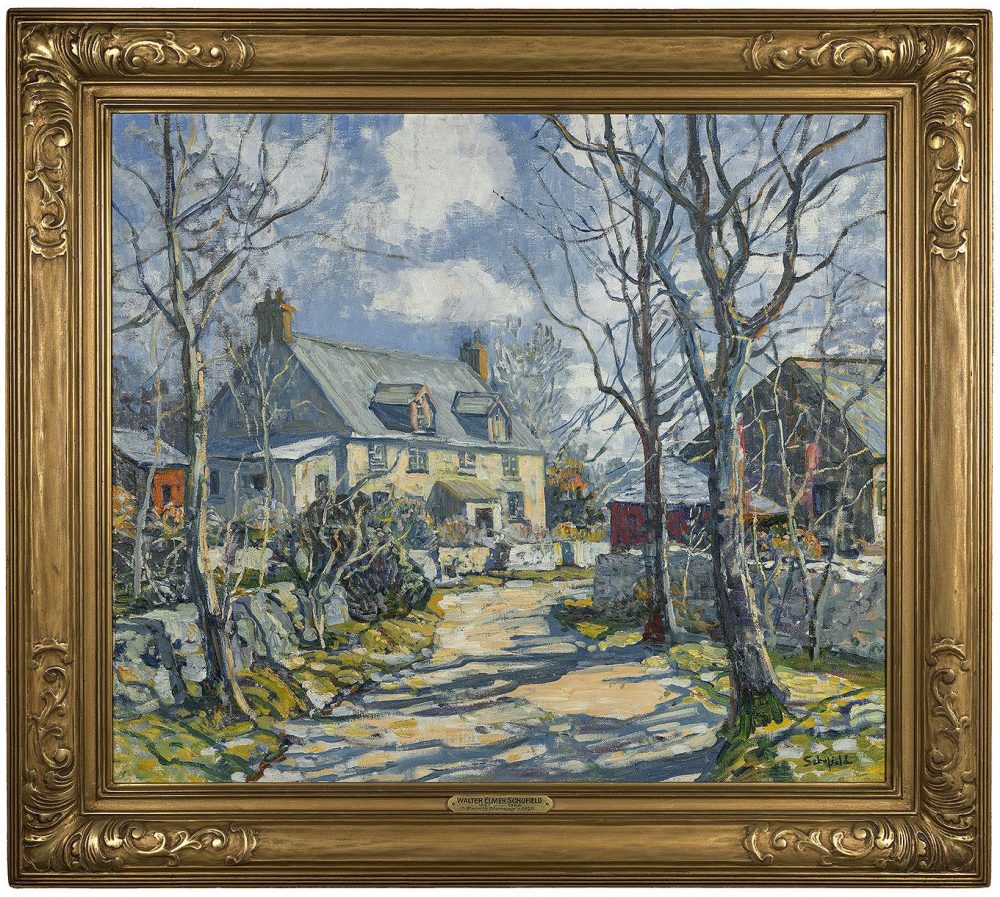 A mature work by a much lauded American artist, Frosty Morning is an immediately engaging painting. As is typical of his style, Schofield invites the viewer right into the picture. Here, he places the open lane at the center of the foreground and tilts it up slightly, giving the impression that the viewer is walking along the street toward the house in the near distance. With its sketchy brushwork and vivid palette, the painting is a strong example of American Impressionism. At the same time, this is a particular location, embracing the ideals of Pennsylvania realism. He only painted what he saw before him, and he only included what was absolutely essential in order to convey a distinct sense of place. As the first Schofield at WCMA, it can productively be compared to the works of other American Impressionists who lived abroad in the collection, including Mary Cassatt and Maurice Prendergast.

Walter Elmer Schofield established himself as one of the major figures of American Impressionism, and in particular of its embodiment through Pennsylvania realism by depicting the most American of subjects, the landscape. Born into a prosperous Philadelphia family in 1866 to parents who had emigrated from England, Schofield learned the importance of observation while studying at the Pennsylvania Academy of Fine Arts, where he studied under Robert Vonnoh. He traveled to Europe frequently, studying traditional academic art techniques at the Académie Julian in Paris, but was more drawn to the plein air techniques and sketchiness of Impressionism, which was avante-garde at the time. After marrying an Englishwoman in 1896, he moved around Cornwall and Suffolk, England, setting up artist colonies made up of local and American artists, most notably at St. Ives. Though he worked with institutions on both sides of the Atlantic, he considered himself an American painter and preferred negotiating with galleries and patrons in the States. He died from a heart attack in 1944 in Cornwall, after winning several awards both at home and internationally.