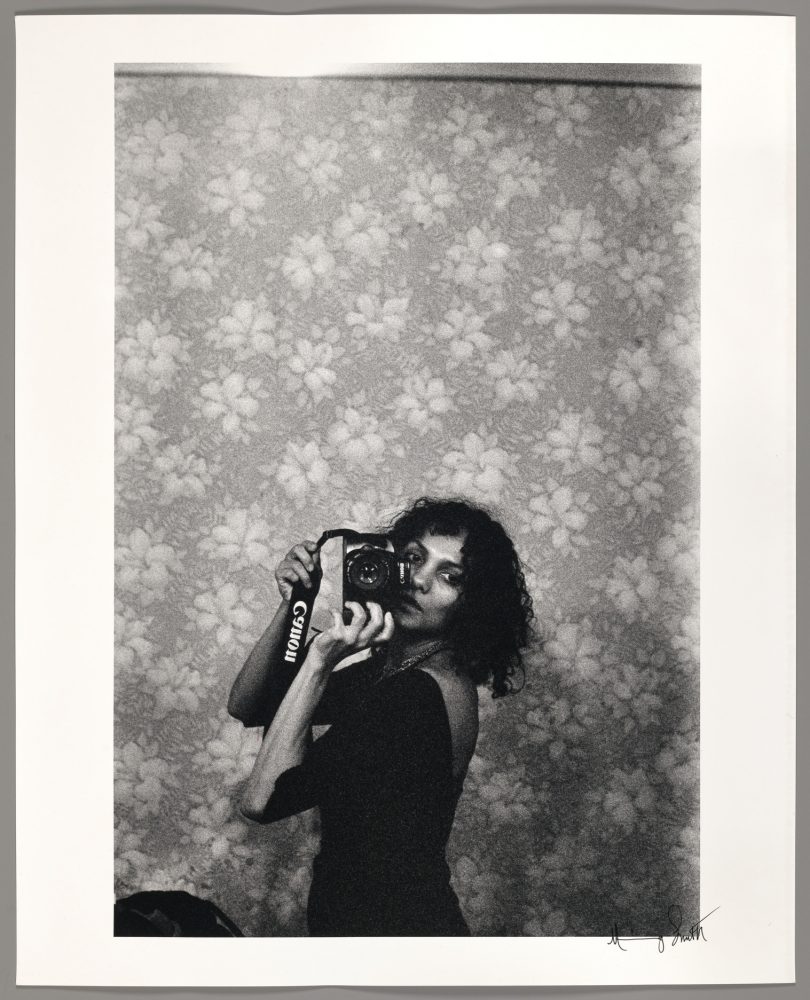 Untitled (Self-Portrait with Camera), New York is part of a loose series of images focusing on Ming Smith’s own body over decades. Smith often took her camera with her to modeling assignments in the 1970s and ’80s. During breaks and after the shoots, she took self-portraits in the makeup and/or clothing she was modeling. The contrasts between her own sensibilities of framing her body and that of the male editorial gaze provide the fulcrum of meanings on which the self-portraits do their work.

Smith was born in Detroit, Michigan, and raised in Columbus, Ohio. She earned a B.S. in Nursing from Howard University in 1973. Smith moved to New York City in 1972, where she earned extra money as a model between her practicum-semester shifts at a Harlem hospital. During her first months in the city, Smith met photographer Anthony Barboza, who introduced her work to Adger Cowans and Louis H. Draper. With these three and others, including Roy DeCarava and Shawn Walker, Smith was an early member—and the first female—to join the Kamoinge Workshop, an association of several generations of Black Harlem photographers established in 1963. In 1975, Smith became the first Black female to have her work accessioned into the collection of the Museum of Modern Art. For the past forty years, Smith traveled the world with her late husband, jazz musician David Murray, and now, with their son, Mingus Murray. Being constantly on the road in music venues continues to grant Smith unprecedented access to musicians, celebrities, and influencers—though many believe Ming’s greatest muse is herself.