A pioneer of contemporary African-American art, Melvin Edwards moved from painting to sculpture in 1960. His abstract welded sculptures, constructed with found metal objects and materials, address the history of social injustice, violence, and racism in America. In Chaino, a metal element suspended by the tension of chains and rods within an armature highlights the interplay of positive and negative space, while also evoking a violated human body. The title refers to both the chains themselves—indicators of slavery and oppression, as well as a means of connection and kinship—and to Chano Pozo (1915–1948), the Afro-Cuban jazz musician who is credited with introducing that style to the United States. For Edwards, the experience of listening to jazz music evokes that spatial and collage-like quality of his sculptures.

After moving from Los Angeles to New York in 1967, Edwards began a series of works on paper that bear considerable formal similarities to his metal sculptures. In 2016, WCMA acquired Untitled (below), 1974. The composition features traces of barbed wire and chains, all rendered using spray paint. The resulting painted components resemble the gestural lines of a delicate drawing. The length of chain roped along the row of barbed wire hooks appears almost like a fanciful garland, one with the lightness of a doily. However, the vivid colors of the spray paint belie the wires and chains’ more sinister associations: while chains can signify human connections, they are also symbols of bondage and oppression. Similarly, barbed wire is often deployed as a means of enclosure and separation. There is a destabilizing disjunction between the ephemeral quality of the forms rendered in candy-like colors, and the heavy, foreboding implements that they reference. 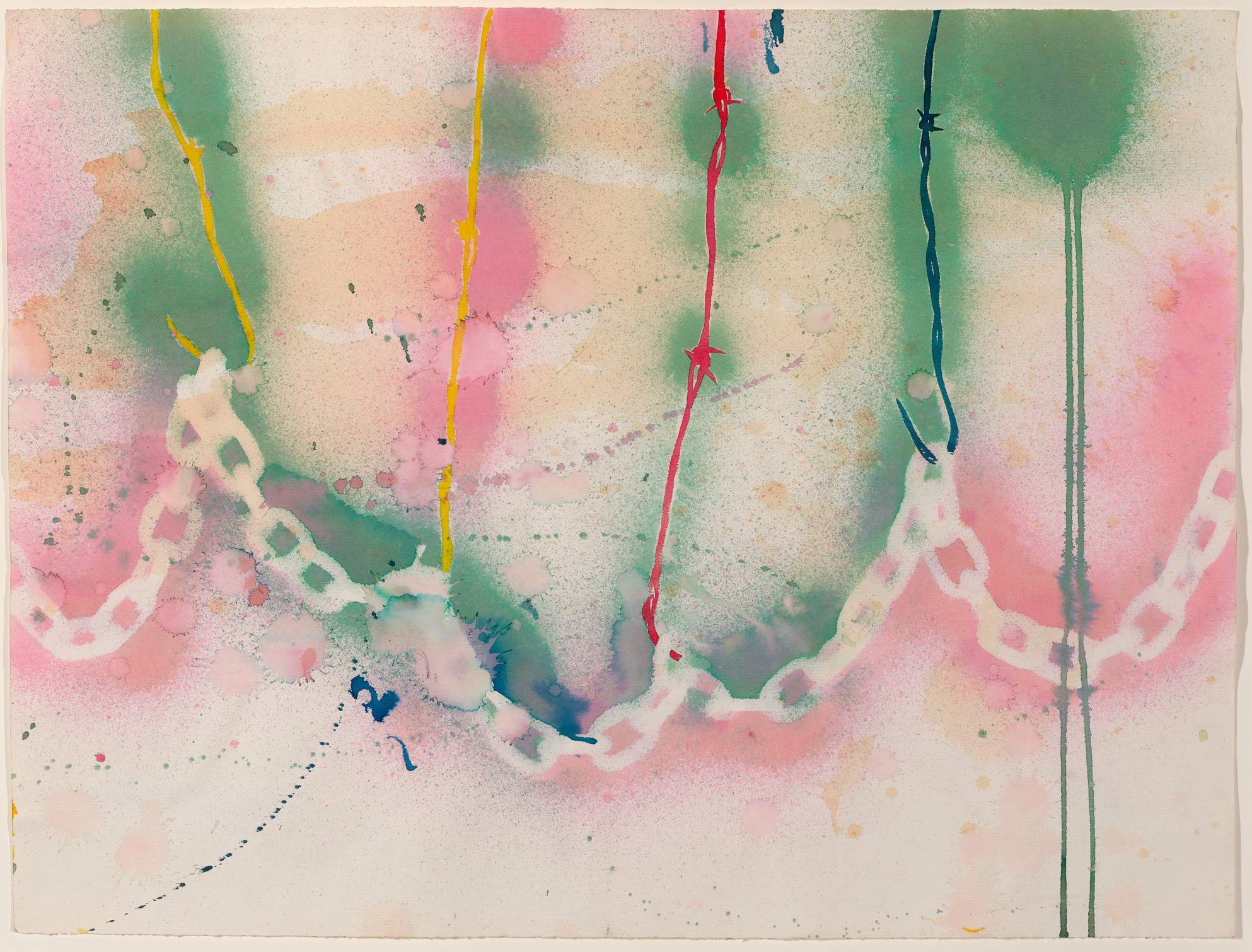