“Are We Liberty?” Posters from the Great War

During the Great War (1914–18), now more commonly referred to as World War I, posters were dynamic pieces of propaganda, intended to shape the opinions and actions of viewers through both text and imagery. They functioned globally as military recruitment tools, advertisement for war bonds, reminders to conserve goods, and pleas for medical aid and refugee relief. Despite America’s late entry into the war in April 1917, the government printed more than 24 million posters in the eighteen months before armistice. The scale of American poster production was unprecedented, exceeding the output of both allies and aggressors.

Across all functions, posters invoked liberty as a fundamental goal of the war. The goal of liberation, the sale of Liberty Loans, and the use of national emblems of liberty appear in hundreds of examples. Artists worldwide personified Liberty though images of the modern woman, often referencing earlier examples dating back to the revolutionary era. Liberty, as a figure and an idea, rallied citizens globally; it served as a universal symbol co-opted by various nationalist agendas. This selection from WCMA’s collection of 390 Great War posters—including illustrations by artists from America, Britain, France, and Poland—is presented on the centenary of the end of the Great War, and invites us to ask: what is Liberty, and for whom is it being claimed? 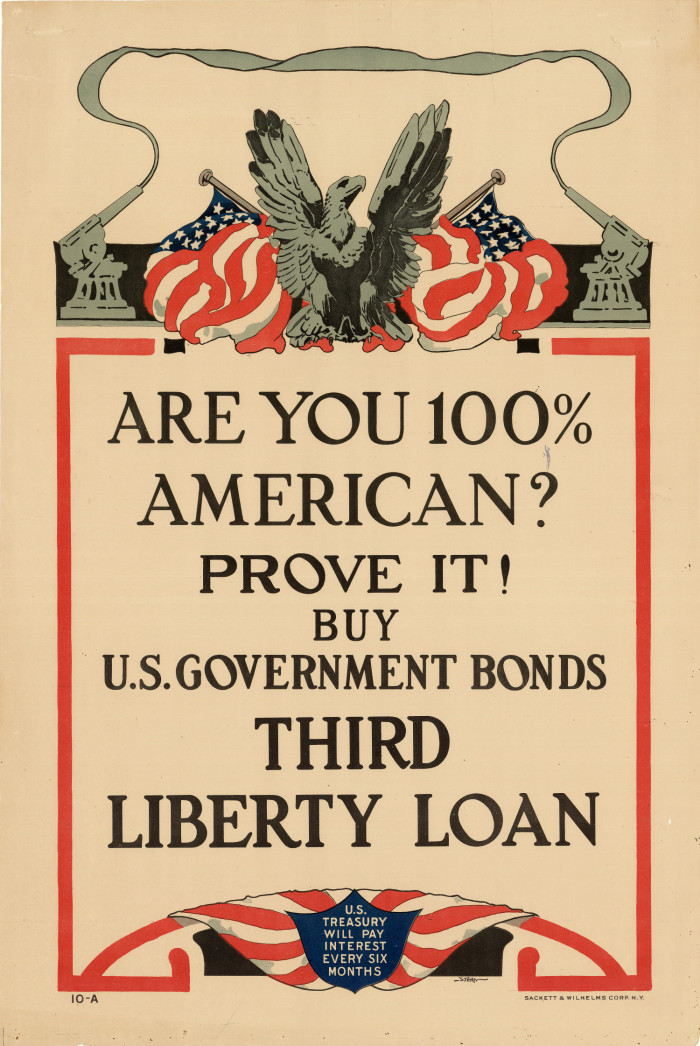 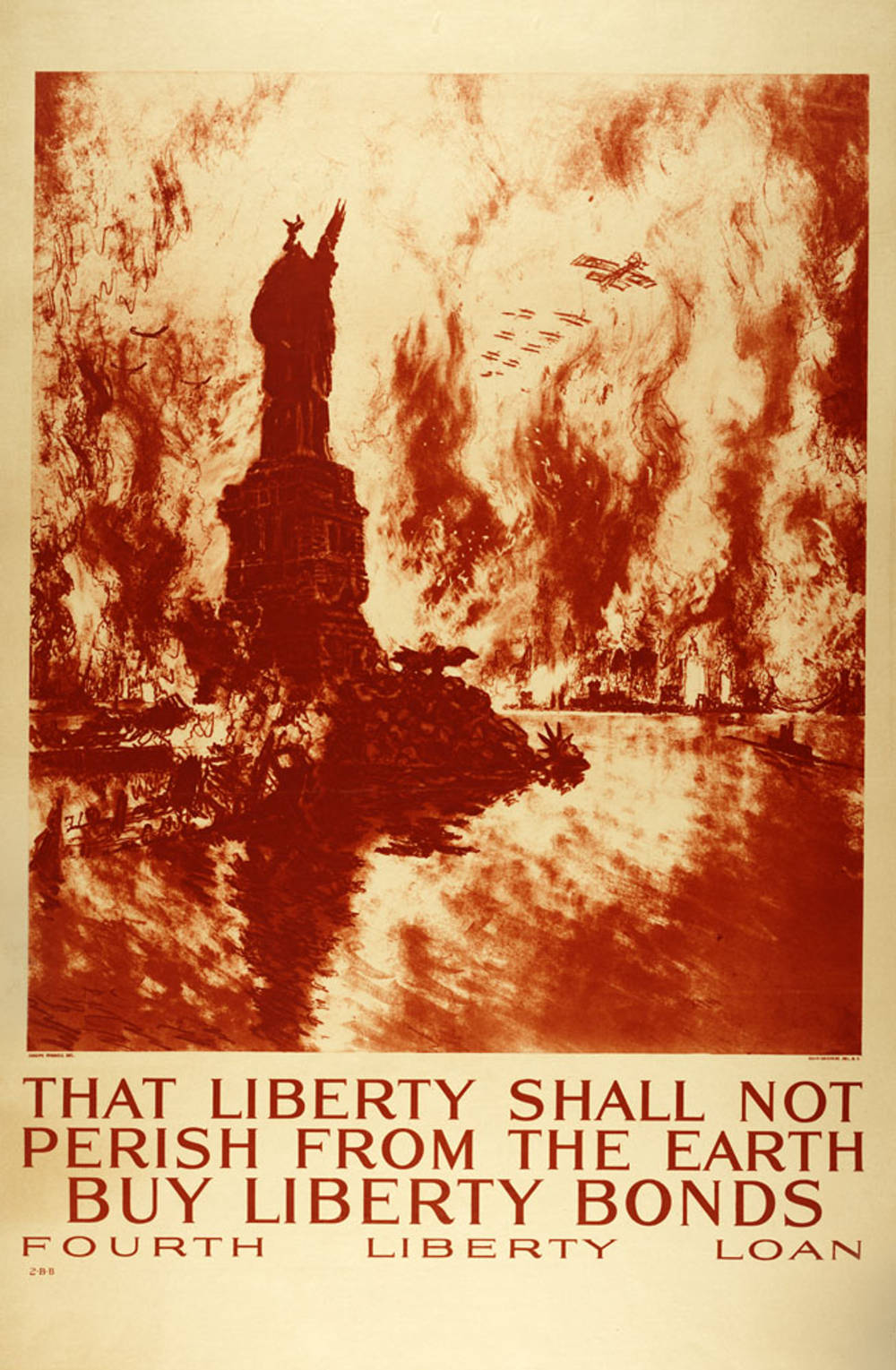 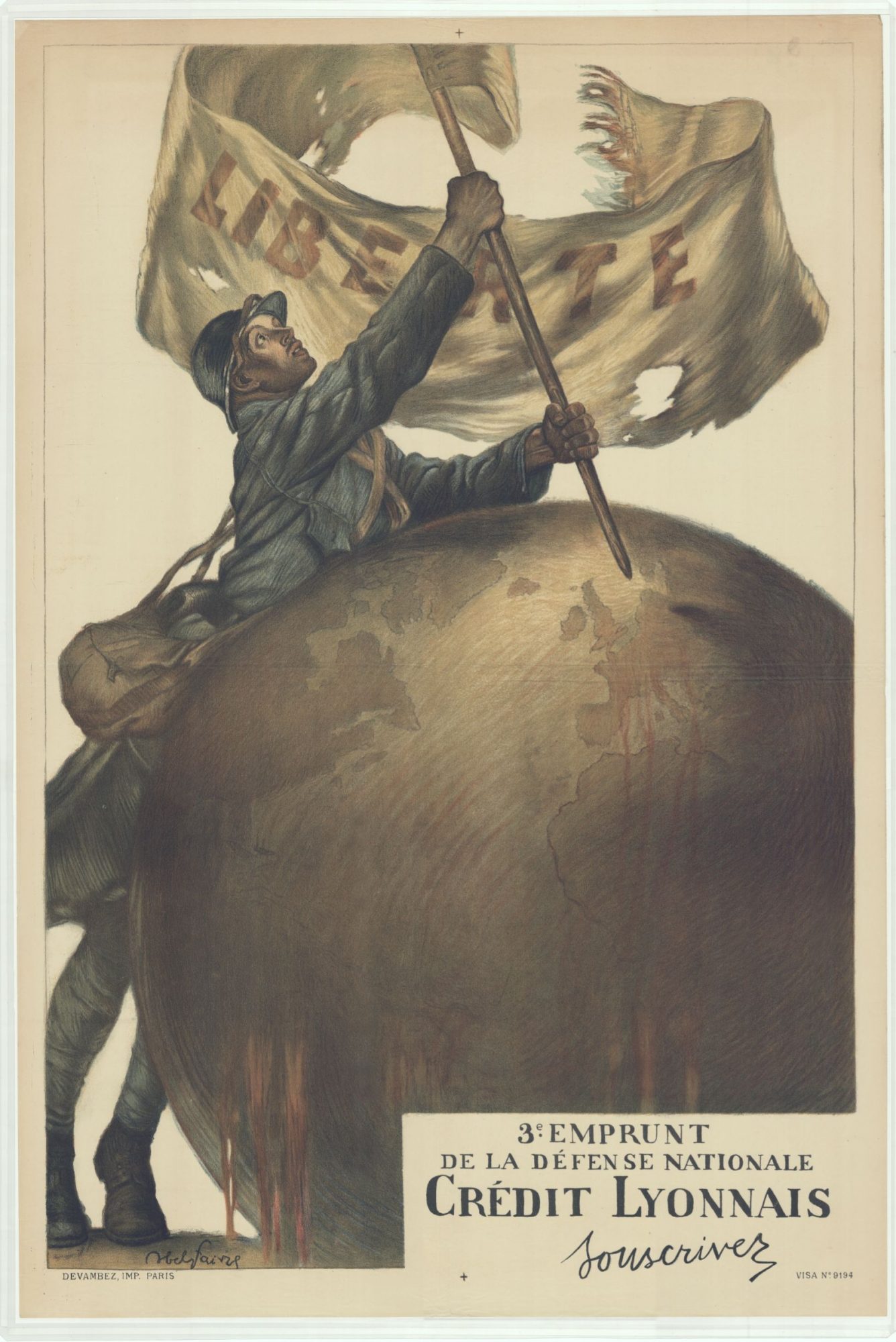 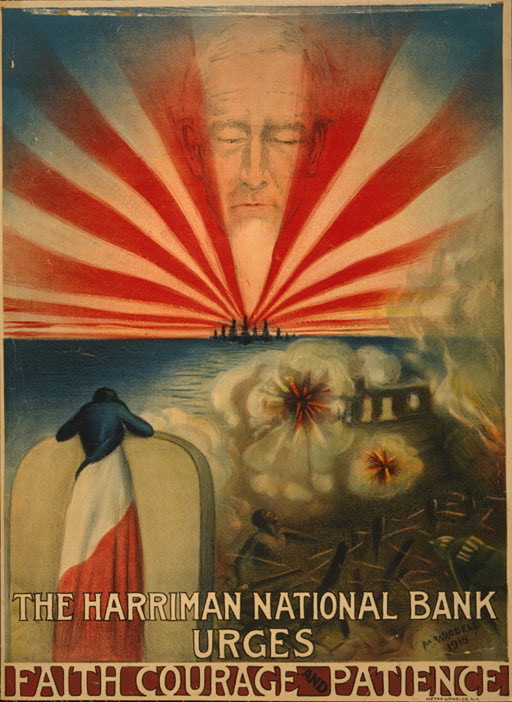