The exhibition presents 22 photographs by contemporary photographer Alec Soth (American, b. 1969). From 2004 to 2005, Soth photographed sobering contemporary views of life on both the American and Canadian sides of Niagara Falls. Oscar Wilde wrote, “The sight of the stupendous waterfall must be one of the earliest, if not the keenest, disappointments in American married life.”  Soth captures this passion and disappointment in NIAGARA by focusing on the motifs of romance that have long been associated with the Falls – young couples, run-down motels, and pawn shop wedding rings. Using a large-format camera, Soth creates lushly detailed photographs that often belie the bittersweet subject matter of romance associated with the Falls – the “aftermath of passion,” as Soth describes it. However, Soth admits that he was not documenting Niagara Falls: “There is so much I left out,” he says. “Niagara has millions of happy vacationing families and I didn’t photograph a single one.”

This exhibition, and three others, including, Alec Soth: NIAGARA, William Morris Hunt and the French Tradition, and Media Field: Niagara, contrast historical and contemporary views of Niagara Falls and put the Falls into a broader context about art and landscape. 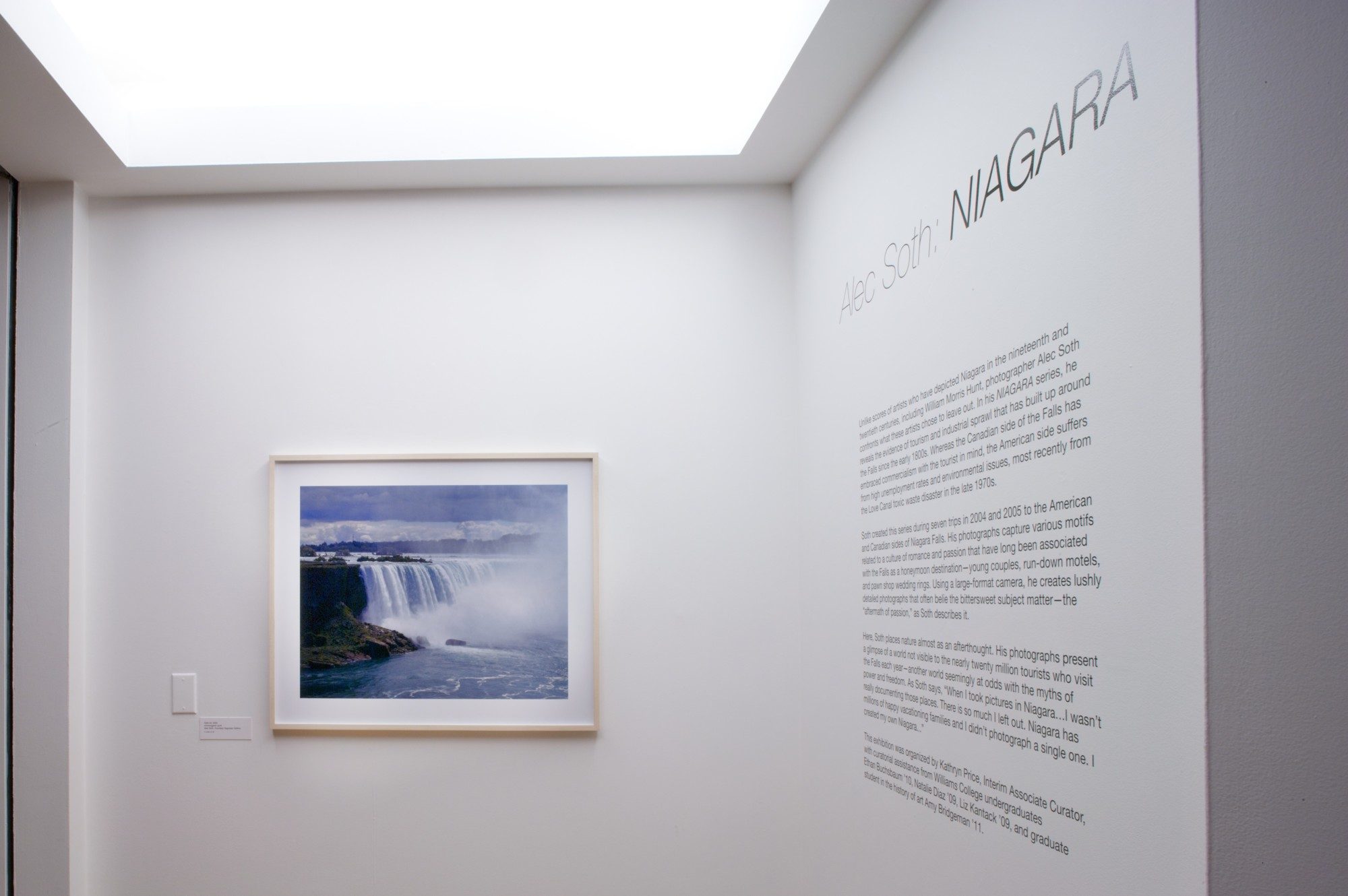 Alec Soth (American, b. 1969) is a photographer born and based in Minneapolis, Minnesota. He is the recipient of several major fellowships from the Bush, McKnight and Jerome Foundations and was awarded the 2003 Santa Fe Prize for Photography. His work is represented in major public and private collections, including the San Francisco Museum of Modern Art, the Museum of Fine Arts Houston and the Walker Art Center in Minneapolis. Soth’s photographs have been featured in numerous solo and group exhibitions, including the 2004 Whitney and São Paulo Biennials. His first monograph, Sleeping by the Mississippi, was published by Steidl in 2004 to critical acclaim.  Since then Soth has published NIAGARA (2006), Fashion Magazine (2007), Dog Days, Bogotá (2007) and The Last Days of W (2008). Soth is represented by Gagosian Gallery in New York, Weinstein Gallery in Minneapolis, and is a member of Magnum Photos.

Dog Days, Bogotá by Alec Soth will also be on view at the Massachusetts College of Art and Design in Boston, Massachusetts September 9 through November 28, 2009. Visit MCAD for more information.